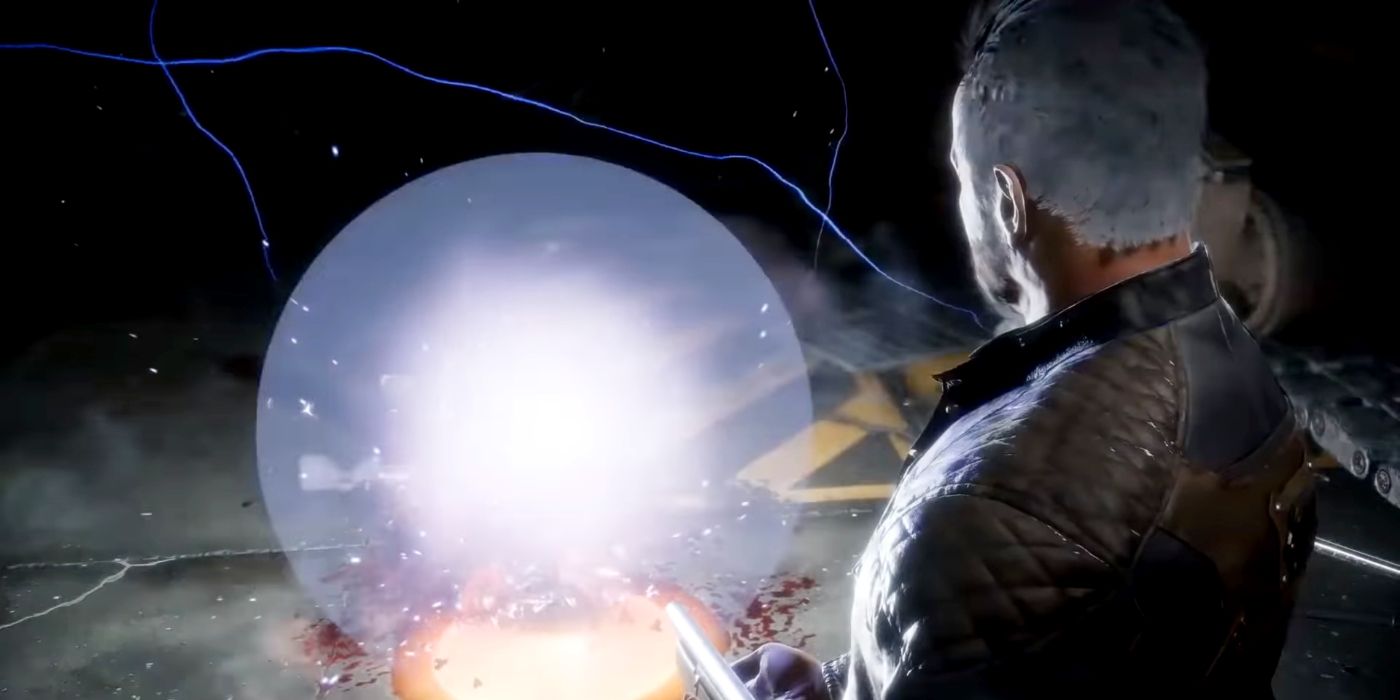 New video has surfaced showing off Terminator’s arcade ending in Mortal Kombat 11. Recently announced as the next MK11 DLC character, the Terminator has been crushed, stabbed, shot, and melted multiple times in the many films and games he has appeared in, but the finale offered up once the titular robot defeats MK11’s main boss and gains control over the hourglass of time may be his best one yet.

As revealed in a Terminator moves and combos gameplay trailer, Arnold Schwarzenegger’s iconic android appears to be one of the most faithful recreations of the character to exist in current-generation video game form. Although the Terminator is not voiced by Arnold, he retains many of the character’s classic looks and moves, from his intro which shows him pulling a shotgun from a box of long-stemmed roses to a special move which sees him utilizing time spheres to teleport across the screen.

According an early sneak peek uploaded to YouTube, once the Terminator defeats the villainous Kronika and gains control over Mortal Kombat 11’s central macguffin, an hourglass which allows the user to manipulate time itself, he attempts to fulfill his mission of ending the war between the humans and machines. However, no matter how many times he tried to make the outcome of the battle go differently, the war would always end with mutually assured destruction on both sides.

The Terminator’s solution, shown above, is to reshape the world’s history in such a way that war between humans and machines never breaks out at all. Then, much like the ending of Terminator 2, he realizes the only thing left to do is destroy any remaining information in his brain circuits which could allow someone to undo the peace he has created. Instead of industrial lava, however, this time the Terminator lowers himself into the infinite depths of the Sea of Blood.

Although Arnold’s Terminator was the main antagonist of the first film in the franchise, since Terminator 2 it has become common to paint him as either an antihero or an actual protagonist depending on current circumstances. While no one, human or machine, comes out of a Mortal Kombat tournament looking like a virtuous person, it’s nice to know that given the chance the Terminator would destroy himself rather than disrupt peace between the humans and robots. Mortal Kombat arcade endings have always been an enjoyable excursion into the “what if” scenarios of Mortal Kombat lore, and players can only hope upcoming DLC character Spawn will get the same treatment when he finally arrives.

Next: Mortal Kombat: The 28 Most Powerful Characters, Officially Ranked