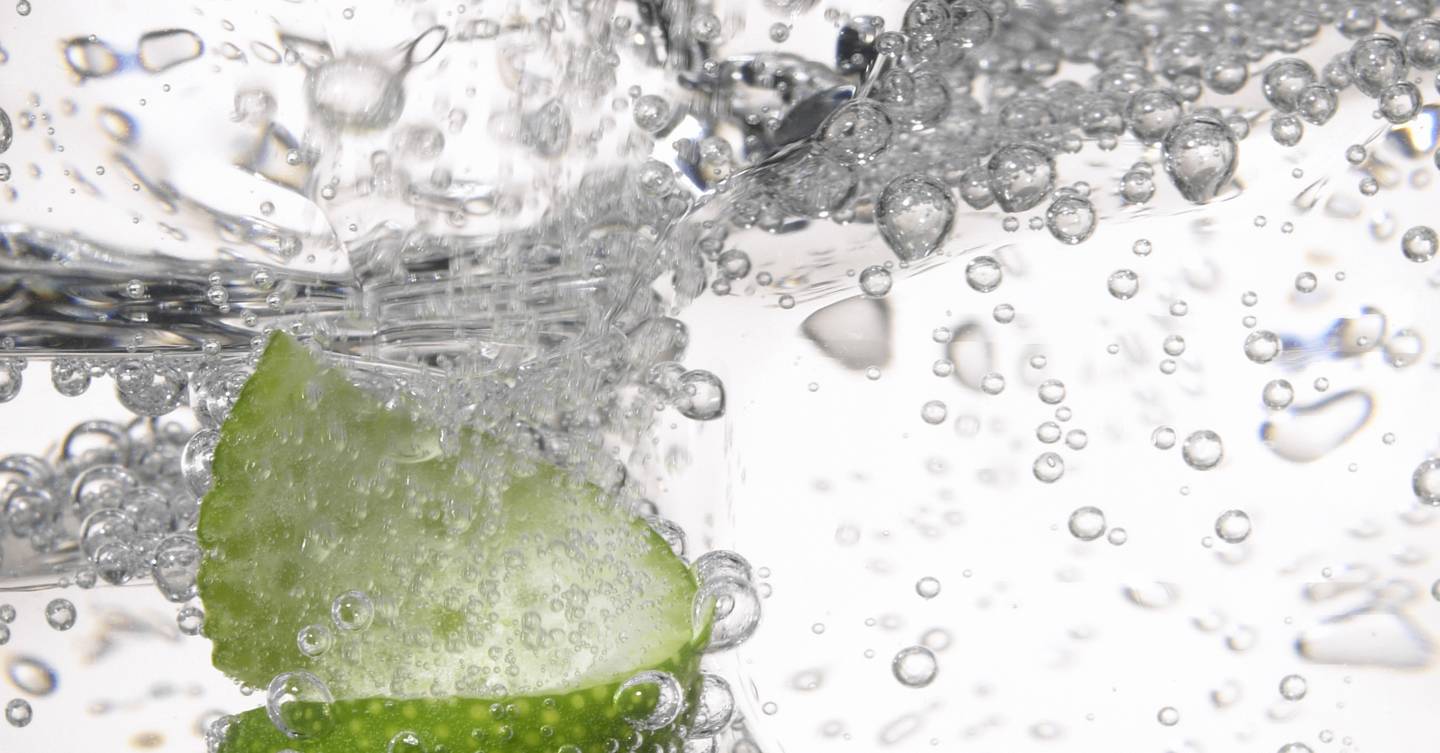 Newly added to the list of things that are maybe killing you: diet soda. You know, the artificially sweetened beverage that you might be drinking in place of its sugary counterpart that experts previously said will kill you. Honestly, it’s getting a little hard to pick up a beverage these days (alcohol, milk, coffee, sparkling water, tap water) without wondering if it’s contributing to your untimely demise.

But back to diet soda. You’ve probably seen the headlines about a new study linking diet soda consumption with a higher risk of death. Which, yeah, big if true! Here’s what you need to know about that.

So, not great. The regular soda part might not come as a surprise, but isn’t the whole point of diet soda to be a little bit less detrimental to your health than the sugary stuff? Before you start pouring liters of your favorite artificially sweetened drink down the drain, you should know that this study is not quite the diet soda death knell it seems to be. There’s a lot more to the story, and if you’re a diet soda devotee, you’ll probably feel better by the end of this article.

I spent a year finding a cure for my migraines, and here’s what *actually* worked

Here’s exactly what the researchers found

Between 1992 and 2000, the researchers recruited 521,330 individuals from over 10 European countries for their study. After excluding anyone who reported having cancer, heart disease, a history of stroke, or diabetes (in addition to people who didn’t include key information like how to follow up with them), the researchers were left with 451, 743 individuals who had an average age of 50.8, with 71.1 percent of the participants identifying as women.

Next the researchers recorded whenever one of the study participants died as well as their cause of death. Over the follow-up period, 41,693 of them died. (Not everyone enrolled at the same time, but on average, study subjects participated for 16.4 years.)

Then the researchers analyzed the relationship between who died, their cause of death, and the soda-drinking habits they reported at the start of the study. To make things a bit easier, the researchers grouped various causes of death into a few common categories, like cancer, circulatory diseases, digestive diseases, and neurodegenerative diseases. They also analyzed a few illnesses within those overarching categories.
Cancer was by far the biggest cause of death, killing just over 43 percent of the people who died during the study. But the researchers found no statistically significant link between cancer deaths and regular or diet soda consumption. I repeat: Nothing about this study suggests that drinking any kind of soda gives you cancer. The researchers even looked at specific cancers, like breast cancer, and still found no statistically significant association.

The next leading cause of death in the study was circulatory diseases, namely ischemic heart disease (also called coronary artery disease or CAD, the most common type of heart disease and the cause of most heart attacks) and cerebrovascular diseases (strokes). Circulatory diseases killed 21.8 percent of the study participants who died. This in itself isn’t really surprising, as cardiovascular diseases are the number one cause of death worldwide, according to the World Health Organization (WHO).

We all know that plastic is bad for the environment, but what is it doing to our health?

The next highest cause of death was digestive diseases like esophageal or liver disease, (which were to blame for 2.9 percent of participant deaths that happened during the study). There was no statistically significant association between having only artificially sweetened drinks and a higher risk of early death from digestive diseases. (There was however an association between sugar-sweetened drinks and premature death from digestive illnesses.) Finally, around 1.7 percent of the deaths were due to the neurodegenerative diseases Alzheimer’s and Parkinson’s, but there wasn’t a statistically significant association between any type of soft drink and a higher risk of early death from these conditions.

For the most part, diet soda consumption and overall increased risk of early mortality had a positive association, meaning the more someone drank diet soda, the higher their odds of early death. But in fact people who drank a little soda (one to four glasses a month of regular, diet, or both) actually had a lower risk of mortality than people who drank virtually no soda (less than one glass a month). In other words having a low amount of soda was associated with better health outcomes than having no soda or having a lot of soda. I don’t know what you want to do with that, but one option is to let it make you feel better about your life choices if you fall into that category.

Now for the many scientifically sound reasons to take this seemingly scary study with a mountain-sized grain of salt:

First, we’ve said it before and we’ll say it again: Correlation does not equal causation.

“What’s most important to realize about this study, just like with any epidemiological data, is that it’s observational research,” Amy Miskimon Goss, Ph.D., R.D., a professor and researcher at the University of Alabama at Birmingham Nutrition Obesity Research Center, who studies the relationship between diet and metabolic health, tells SELF. “Just because they found this association between two factors—[soda consumption and early death]—doesn’t mean we can say one is causing the other.”

To have a conclusive answer about all of this, in an ideal world scientists would take two groups of clones and have them lead identical lives for 20 years except one group would drink diet soda every day and the other group would drink no soda. Then at the end of the 20 years, you might reasonably chalk up any disparity in health outcomes to the one difference between the groups: whether or not they drank diet soda. But since we don’t live in a dystopian sci-fi world, researchers can’t do that. Instead they make do by observing what people are already doing in the real world. That doesn’t mean that observational studies are pointless, of course, but it does mean there are limitations to the takeaways.

For instance, a major limitation of observational research are the bajillion other factors that can influence study results, also known as confounding variables. In this case, for example, “soft drink consumers were more likely to be current tobacco smokers…[and] high soft drink consumers had a higher BMI,” Mullee says. When the researchers adjusted for things like alcohol consumption, BMI, exercise habits, education level, and diet, the positive associations they saw between soda and mortality risk remained. But as Mullee puts it, “We cannot rule out the possibility that [confounding] factors were influencing our findings.” What if, for instance, people who drank a lot of diet soda had higher levels of chronic stress, which increases your risk of health conditions, such as heart disease, that can lead to death?

Another major issue is that a lot of the researchers’ data on those confounding variables were collected via lifestyle questionnaires people filled out when they were first recruited for the study. No offense to anyone, but we humans are not always the greatest at remembering things accurately (quick, tell me everything you ate last Tuesday!) and telling the truth. Also, participants didn’t retake these lifestyle questionnaires throughout the study, and people change. If their behavior fluctuated over the years—they quit smoking, stopped being vegetarian, took up cycling classes—that wasn’t reflected in the data.

Something else that could have changed over the years? The amount and type of soda participants drank. Researchers only asked participants about their soda habits once at the beginning of the study. So if someone cut back on diet soda or started guzzling regular soda, for instance, that wasn’t recorded. It’s possible that people who reported drinking some diet soda several years ago actually ended up drinking a lot more diet soda, and also regular soda, and also alcohol over the next decade. Basically: Who knows?

What’s more, the researchers left out some pretty major confounding variables that we know can affect health outcomes. For example, Goss notes, they didn’t record people’s race or ethnicity. “Some [racial and] ethnic groups are at a higher risk for certain diseases,” Goss says. “Maybe those same [groups who are] at a higher risk [of certain diseases] might also happen to drink more soda on average.” But if you just looked at the data, all you would see is a higher rate of disease among people who drink more soda. Socioeconomic status or income level is another missing variable, Goss points out.

The point is that this type of potential scientific cause and effect can be really hard to untangle. It’s nowhere near as simple as saying diet soda is going to kill you before your time.

Experts aren’t even sure exactly how diet soda would kill people.
One more massive question in the diet soda = death puzzle that doesn’t have an answer: How? “We don’t have the strong studies or data on a mechanism we can point to and say, ‘Yes, this makes biological sense,’ ” Goss says. “So more research is needed to understand why this would be the case.”

Can ‘clean breathing’ *really* help us improve cognitive function, or is it a load of hot air?

Here’s one early theory: “Limited experimental evidence suggests that artificial sweeteners may induce glucose intolerance (high blood glucose) and high blood insulin levels,” Mullee says. That could theoretically lead to diabetes, which can also make someone more prone to other serious health issues like heart disease and stroke. But we have no idea if any diet soda drinkers developed high blood glucose or diabetes during the study, so there’s no definitive connection there.

What is clear is that we need more research on the possible negative effects of drinking diet soda in the long term, Mullee says, because the evidence against it is starting to stack up. “Ours is the third large study this year to observe a positive association with artificially sweetened soft drinks and risk of death from all causes,” Mullee says. (Here are the first and second.)

Bottom line: Before we have a plausible mechanism and proof of causation, there’s not yet enough evidence to say that diet soda is absolutely causing people to die early. “Sure, water is always going to be the best choice,” Goss says. “But if you enjoy them, drinking diet sodas in moderation is not something to be concerned or worried about.”