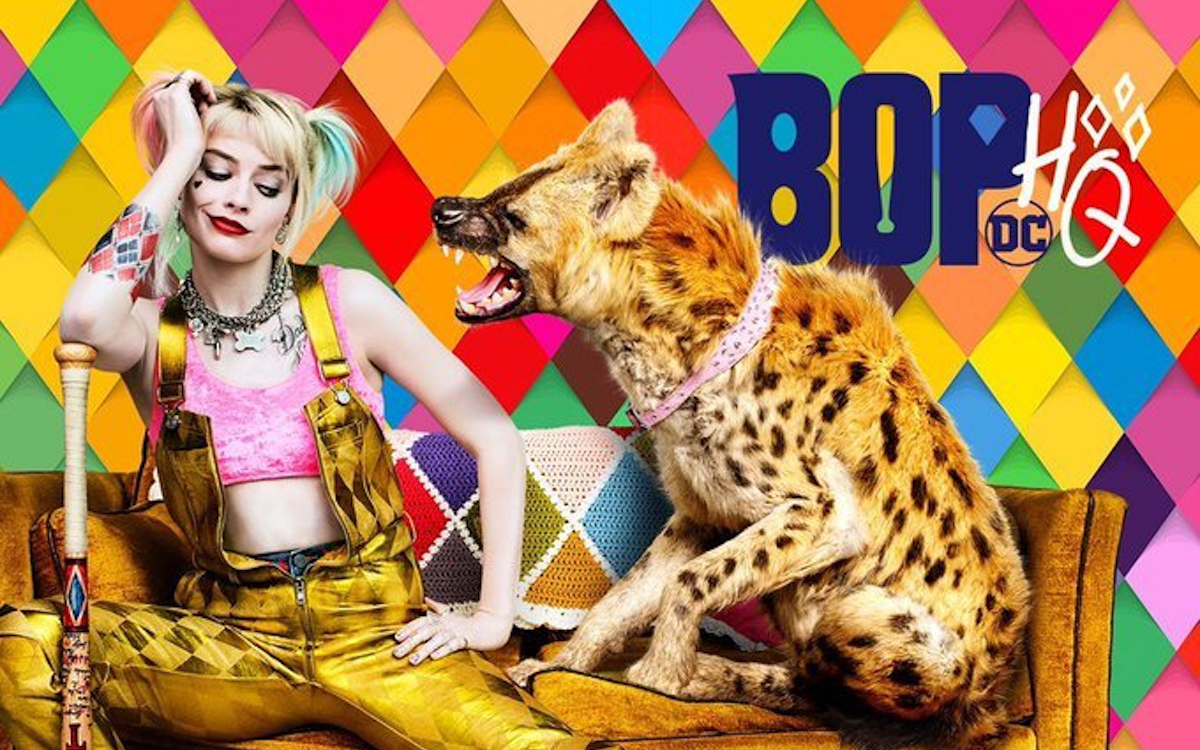 The first trailer for the Birds of Prey movie is dropping tomorrow, but in the meantime, we have four new gorgeous posters to tide us over.

All four focus on Margot Robbie’s Harley Quinn, which makes sense since she’s the film’s biggest name, both in terms of actress and character. Hopefully, after tomorrow’s trailer debuts, the marketing will start focusing on the movie’s other awesome women, but for now, these posters seem to capture the bright, glitzy, and totally deranged Harley perspective.

The bright color palette is such a welcome departure from DC’s usual dark gloom. People are immediately drawing comparisons between these posters and Wonder Woman 1984’s neon aesthetic, for obvious reasons:

There’s so much to love about these posters! The decision to simply brand them “BOP” rather than the full title–Birds of Prey (and the Fantabulous Emancipation of One Harley Quinn)–really lends itself to the feeling of maniacal fun on display here.

Also, in the teaser trailer, we got the briefest of hints that Harley’s hyenas Bud and Lou would make an appearance, and that first poster sure seems to confirm it!

What do you all think of the posters? I’m sure we’ll see you back here tomorrow to dissect the trailer!

The House at the End of the World by Dean Koontz
Korean Content Streamer KOCOWA Adding Films And A ‘+’ To Its Previous TV Fare
Kate Bush, Willie Nelson, Missy Elliott Among Rock Hall Of Fame 2023 Nominees – Full List
Knowing your chronotype could unlock your best sleep yet
The Bachelorette’s Clare Crawley Marries Ryan Dawkins