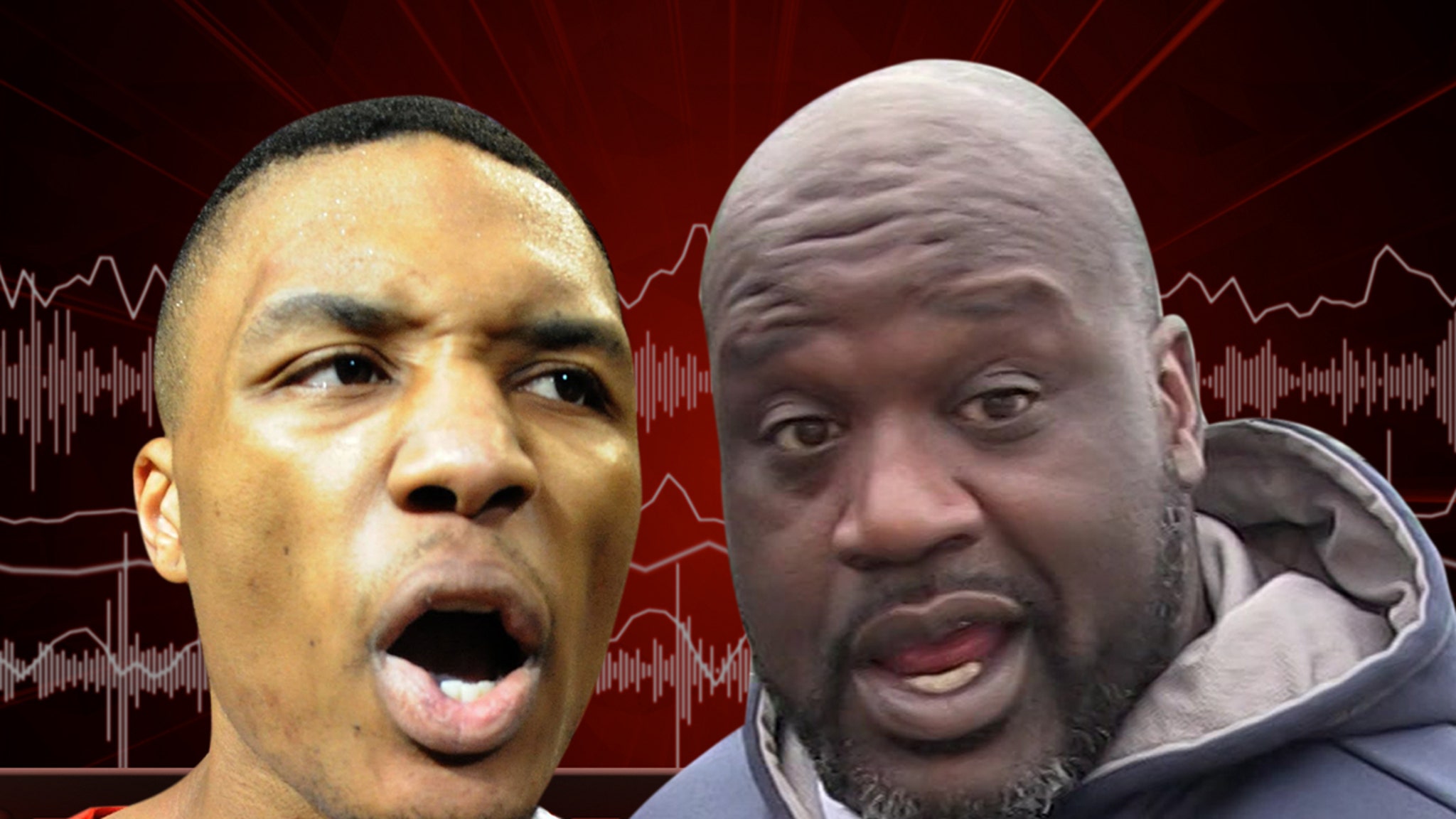 Damian Lillard just dropped a new diss track to respond to Shaq … and it GOES HARD.

The song is called “Reign Reign Go Away” and it’s pretty solid. He clowns Shaq’s filmography — from “Blue Chips” to “Kazaam” — makes fun of his physique … and then mocks his NBA championship count, with a strong Kobe Bryant reference.

“Kobe won you those rings though.”

We’re working on the transcription as we speak … but you’re gonna want to listen to this!!

Here are some choice lines .. .

— “I finna tangle with the Diesel. You’re jealous of me and I see you.”

— “All the money the world but they traded you for Penny.”

Remember, this all started because Shaquille O’Neal put out his own diss track aimed at the NBA superstar … after Lillard said people don’t consider O’Neal as a “real rapper.”

In Shaq’s track, the NBA Hall of Famer brags about having more money and rings than Lillard … saying, “You ain’t even Trevor Ariza” and will never be Steph Curry.

Shaq calls himself a Lamborghini and says Dame is a “barely charged Tesla.”

HERE’S SOME OF THE DAME TRANSCRIPTION …

Look inside that statue at Staples and find a corpse …

Confused to why you barked up the tree, ’cause I’ma do ya

Versace on my body, you finally gon’ meet Medusa.

Don’t know if I address you as Shaq or Shaq Fu?!

Pride all in the way and you know it, you big cocky

Heard my rhymes and quickly turned into a disc jockey

N**** wanna play with the monster, you Big Papi

Was mad at Steph unanimous trophy, you sick, probably

It be wise to move on, Aristotle, ’cause this a gimme

All the money in the world, but traded you for Penny

Never run from smoke, I’m the type to climb up the chimney

Was really feeling threatened, at least enough to diss me

Shoulda knew this was a shootout, I could never let you zip me

Said that max was little, that $250 million crispy

and even in Miami, won that on the strength of Flash

You had a moment, OG, you’re the pioneer, but I didn’t reach the top at this point and the climb in clear.

Ozzy Osbourne cancels all shows, is too ‘physically weak’ to tour
‘Stranger Things’ Star Finn Wolfhard Is Ready to Get Out of Hawkins
All About Annie Murphy’s Husband, Menno Versteeg
It’s Unlikely AI Music Will Go Away Any Time Soon, and That’s … Concerning
Beyoncé Fans Use GoFundMe to Raise Money for ‘Renaissance’ Tour Tickets