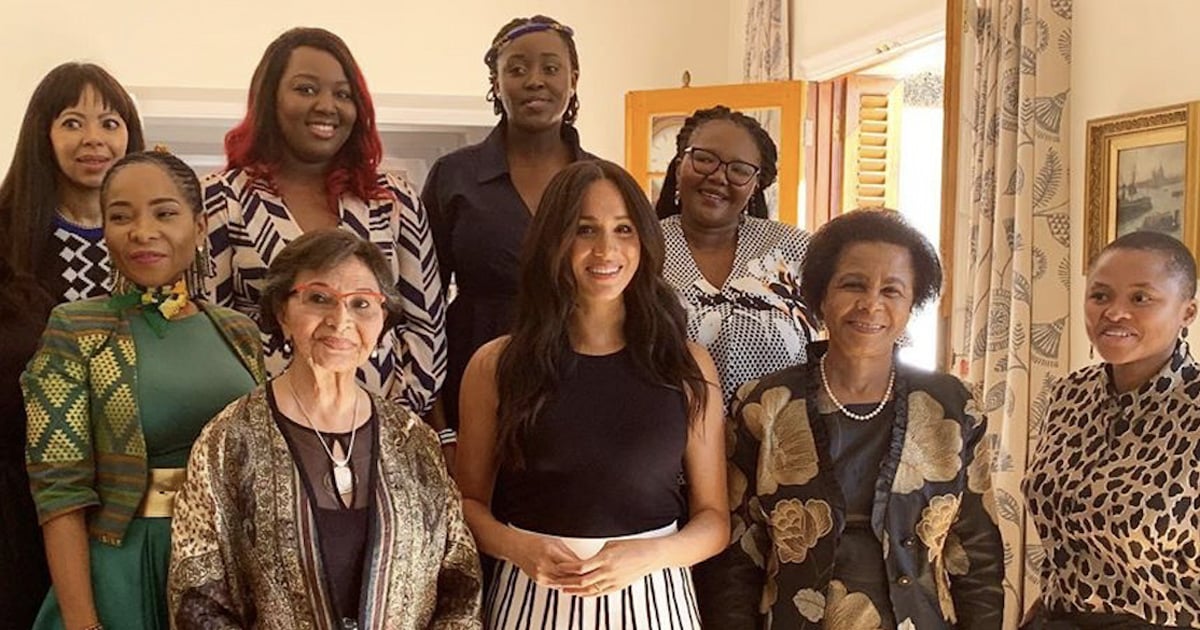 Meghan Markle is making her mark while Prince Harry continues their Southern African tour solo. On Thursday, the 38-year-old duchess attended a special meeting with female leaders who are working to enforce gender equality in South Africa. The group of women included female parliamentarians, professors, educators, and policy makers who shared stories of women experiencing gender-based atrocities and injustices. “In the lead up to this tour it weighed heavily on my heart to see the countless violations against women, and I wanted to spend my time on the ground learning about the situation at hand,” Meghan wrote in a heartfelt Instagram post.

She then gave a shout-out to antiapartheid activist Sophia Williams-De Bruyn, who led 20,000 women to march on the Union Buildings in Pretoria to protest racial segregation in 1956. “She is the last living leader of the march, and today, a symbol of those who fight for fundamental human rights,” Meghan added. The meeting seemed to have moved the royal, who also called for initiative in her galvanizing post. “It is not enough to simply hope for a better future; the only way forward is ‘hope in action,'” she continued. “I’m eager to spend the next few days in South Africa continuing to learn, listen and absorb the resilience and optimism I’ve felt here.”

The gathering occurred around the same time Meghan made a private visit to the memorial of 19-year-old University of Cape Town student Uyinene Mrwetyana, who was raped and murdered, allegedly by a post office worker, in late August. Meghan also shared a tribute to Uyinene on Instagram and left a handwritten note at the memorial that reads, “We stand together in this moment.”