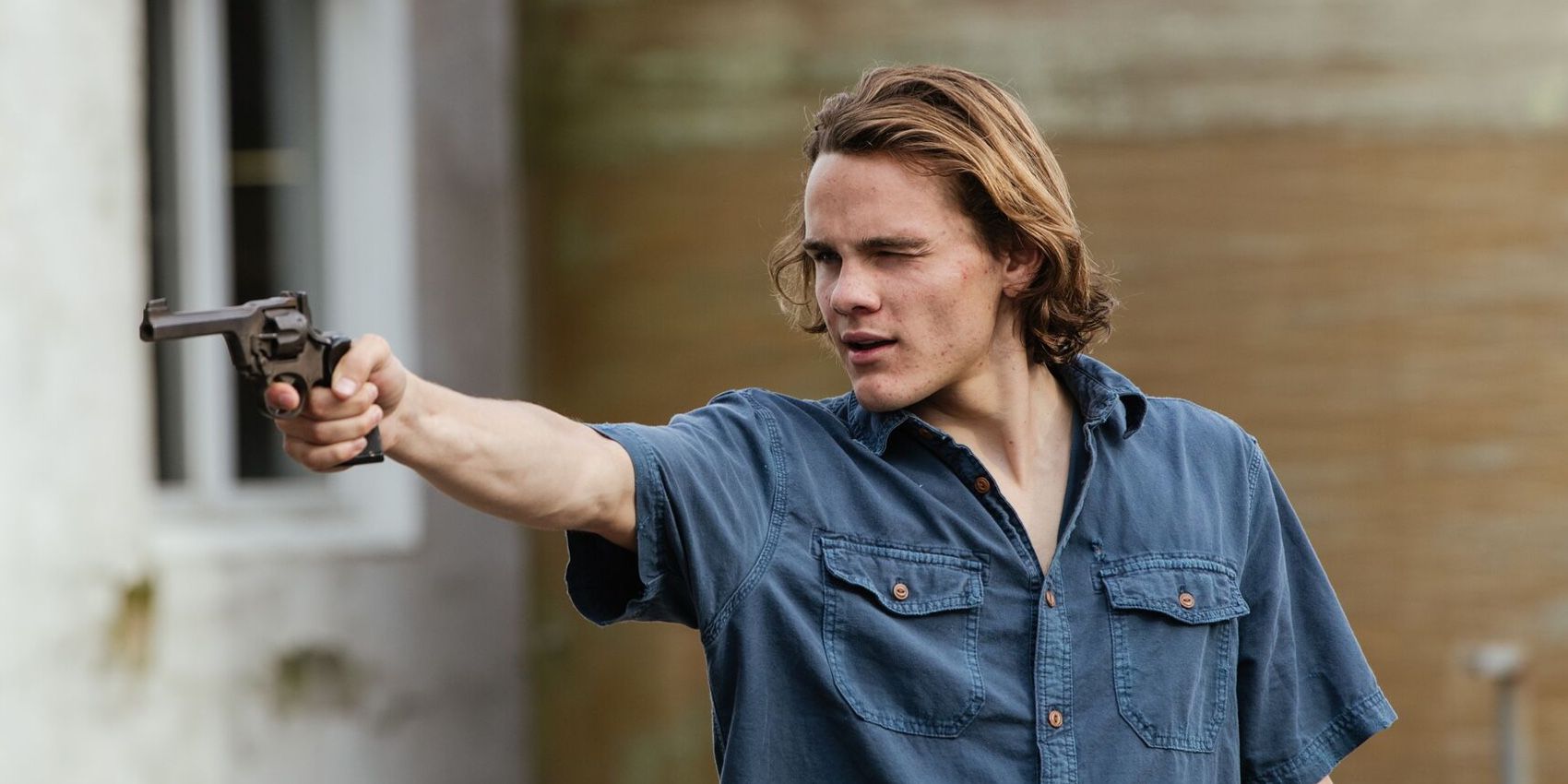 Low Tide, the first feature film effort from writer and director Kevin McMullin, will be out in theaters October 4. The story of teenage boys on a treasure hunt in the summer provides a whole new outlook on Jersey Shore, as the carefree thrills soon turn more chilling than expected. Two of the boys, Red and Smitty, are a particularly nasty brand of bullies and help push the narrative to a darker place. Actors Alex Neustaedter and Daniel Zolghadri talked to Screen Rant about how they interpreted their complicated characters, and whether their murky fates leave room for a sequel.

Congratulations on the film; I really enjoyed it. First of all, Red is full of rage and anger. What is motivating this proverbial bully? And why is he so damaged?

Alex Neustaedter: It’s a really good question. A lot of that happened, for me, in creating my backstory. That’s something that I’ll keep away from anyone else, because it’s Red’s. But I think a lot of it was anger from his family, and his upbringing with his father. We don’t touch on that at all, but Kevin and I talked about it, and it was a big thing that I worked on before to have fuel to the fire.

Fascinating. How much freedom were you given to really create your characters? What wasn’t on the page that you brought to the characters?

Alex Neustaedter: There’s a lot. I think for Red, it was such an aggressive name. He’s so hostile and fiery. There’s something [else] in there that I wanted to show; something that wasn’t that necessarily. It was the other side to it. Whether it resonates or not, I don’t know, but there’s some moments later in the movie where I think there is more sadness and frustration than that same fire and anger. Because he kind of lost his group and his boys, and that was what his ego was infused with.

Let’s talk about Smitty for a second. He’s a complicated character who plays both sides. What kind of person is Smitty?

Daniel Zolghadri: What interested me about the character was, when I started reading the script, my brain was trying to label him as something. And as the script went on, he turned out to be, as you said, complicated and a mess of different things.

I think it’s interesting that he’s younger than Red and Alan, and that he’s hanging around them and sort of following Red’s lead. His home life is probably pretty complicated.

Crime plays a big part in both of your characters’ experiences. Why do you think that these two characters are so flawed?

Alex Neustaedter: I think everyone’s flawed. The movie just does a really good job of highlighting the flaws, and it’s almost like the flaws are the identities often, you know? It’s what makes you stand out; how flawed you are sure.

That’s what makes great characters. Were there any other roles in film or TV that helped inspire your performances?

Alex Neustaedter: Mr. Rogers really helped me out with Red.

Alex Neustaedter: No, not at all. I didn’t really have any characters.

You kind of created your own backstory with it, so you kind of knew. At the end of the film, it’s unclear what Smitty’s fate will be. What do you see happening to him after the credits roll?

Daniel Zolghadri: It’s all downhill. I don’t know, that’s partly what is interesting about it. The questions that you’re left with; it’s subjective, and it’s not my place to say what happens.

What do you think about Red, though? Because there’s a big question mark left over him, too.

Alex Neustaedter: He’s dumped over the side. He’s shark bait. One thing that Kevin and I talked about was him being kind of like a shark. That was kind of an analogue that I thought of with the character. And I think it’s funny that he gets dropped off the Jersey Shore, and the sharks probably start eating him.

So, he’s done. The film explores a whole different side of the Jersey Shore. What did you hope to illuminate for those who might be familiar with the old TV show?

Alex Neustaedter: I never saw that [show]. I knew about it; I heard about it, but I never saw it.

Daniel Zolghadri: That would have been great research.

The film ends, but there are more potential stories to be explored. Would you guys be entertained by doing a sequel? If Red’s not shark bait, that is.

Alex Neustaedter: In some sort of flashback, 100%. But I think Red’s gonna be out of that in the future.

Daniel Zolghadri: I think what’s interesting about it is the questions you’re left with. Why answer the questions, you know?

That’s a really good point. Can you talk to me about shooting the film in general? What were some of the more challenging aspects of this?

Alex Neustaedter: It was super-hot and very low budget. So, it was very one and done. It was a grind, I’d say. Also, being in the different elements we were, we had to deal with ticks and flies. Just, you know, living in this environment. But it made it fun and made it the adventure that the shooting process is really all about.

On the Radar: Hello, Hawthorne, my old friend…
George R.R. Martin Reveals He Was “Out of the Loop” Long Before the Hated Game of Thrones Finale
Ron Howard On The Heroism And Humanity Behind ‘Thirteen Lives’ And His Emmy-Nominated ‘We Feed People’ – Behind The Lens
Lala Kent Visits 50 Cent Multiple Times On Set, Years After Feud
‘Delhi Crime’ Season 2 Trailer: Madam Sir Faces Tough Choices In Return Of Netflix Thriller