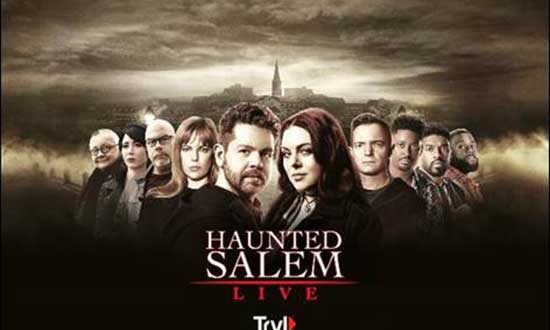 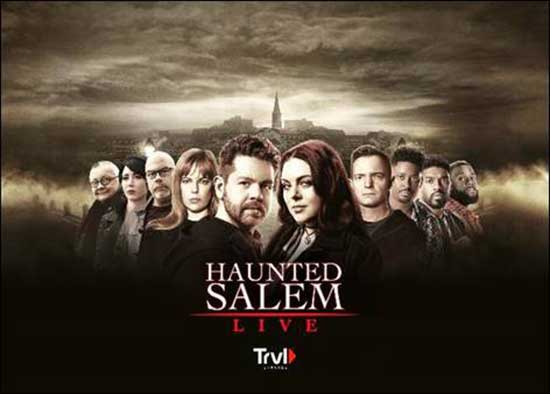 On Friday, October 4 at 8 p.m. ET/5 p.m. PT, Travel Channel will premiere “Haunted Salem: Live” – a special four-hour LIVE ghost investigation in and around the historic city, led by a team of the network’s biggest paranormal stars. The immersive, multiplatform event will investigate ghostly activity at three historic locations tied to the infamous Salem Witch Trials of the late 17th century: the Ipswich Gaol, the Proctor House and Rockafellas. Teams will simultaneously lead separate investigations around the city as they seek to expose the hauntings that have plagued this notable city for hundreds of years. The night will culminate with a séance conducted simultaneously by the teams from each of the three locations.

Throughout the four-hour event, six live on-location video feeds will run on Travel Channel’s Facebook Live feed. Eagle-eyed viewers can comment on any findings and activity they spot in real time, participating in the hunt and helping direct the team where to investigate next, along with digital host James B. McDaniel. Fans can join the investigation on Twitter using #HauntedSalemLive, where Travel Channel will be live-tweeting all of the action and showcasing fan tweets on live TV! For more on the special, visit TravelChannel.com.

Jack Osbourne of “Portals to Hell” is a paranormal investigator and adventurer who has documented harrowing face-to-face encounters with the unexplainable in some of America’s darkest and most remote regions.

Amy Bruni of “Kindred Spirits” is a paranormal investigator and researcher with a passion for helping people reclaim their lives from the mysteries of the unknown, and helping families reach the spirits of their loved ones.

Adam Berry of “Kindred Spirits” is a paranormal investigator. His interest in the paranormal was ignited by an extremely haunting personal experience in Gettysburg, Pennsylvania, after which he began investigating to bring answers to those experiencing strange activity.

Chip Coffey of “Kindred Spirits” is a psychic, medium and paranormal investigator. His psychic abilities manifested when he was a young child. He works full time as a psychic and medium and has conducted thousands of readings for clients all around the world.

Dalen Spratt of “Ghost Brothers: Haunted Houseguests” is a paranormal investigator and is addicted to history, both inside and outside the paranormal. He had his first paranormal encounter as a young child and it has stuck with him ever since.

Juwan Mass of “Ghost Brothers: Haunted Houseguests” is a paranormal investigator with a passion for helping people and finding answers. He first delved into the paranormal at age 12, and is a natural born explorer.

Marcus Harvey of “Ghost Brothers: Haunted Houseguests” is a paranormal investigator with an uncanny ability to provide peace and hope to those frightened by the paranormal.

Dave Schrader of “The Holzer Files” is a paranormal investigator who became fascinated by the unexplained at an early age. He has traveled the world in search of the truth behind some of the most terrifying claims of the supernatural.

Cindy Kaza of “The Holzer Files” is a psychic medium who had her first encounter when she was just 10 years old. She is continually searching for the truth about her gifts and testing the limits of her multi-faceted abilities, including “automatic writing” in which she allows the dead to communicate with her directly via free-form writing.