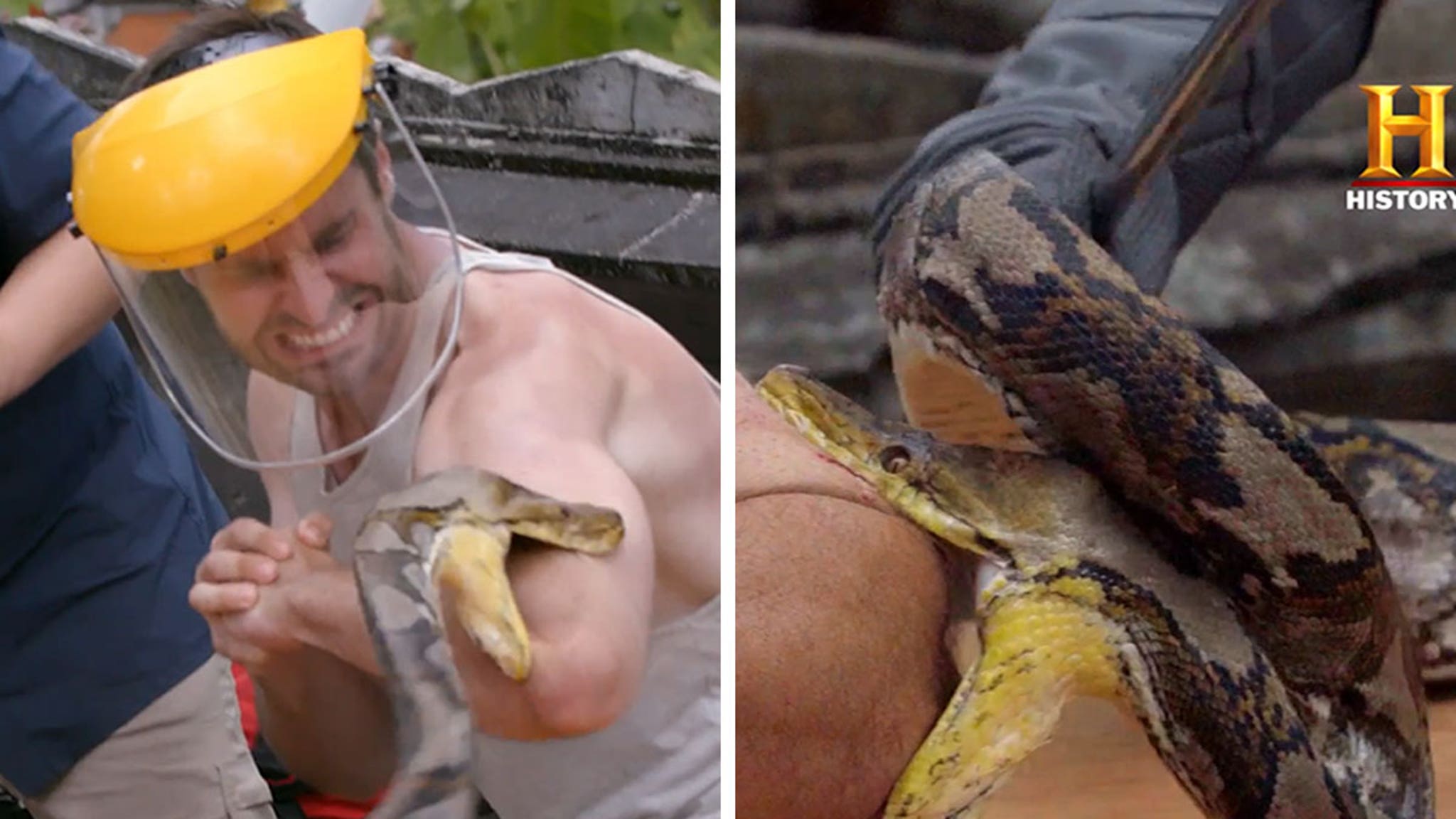 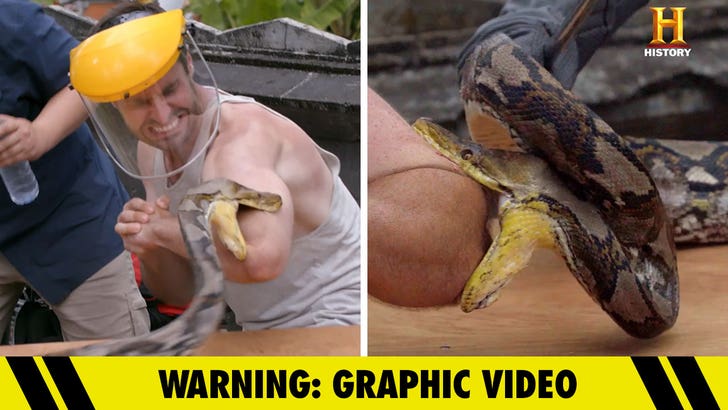 “Kings of Pain” star Adam Thorn served up his arm as a snack for a massive python … all in the name of measuring pain.

Adam — a wildlife biologist and cohost of the new series on the History channel — was extremely apprehensive about the ordeal … as he and his cohost, professional animal handler Rob “Caveman” Alleva, traveled to a jungle and volunteered to get bitten by a 16-foot reticulated python.

How apprehensive were they? The duo brought out protective cups and face shields. Gotta protect the family jewels and faces that feed the fams. Anyway, watch the python lock on to Adam’s arm. Warning: this is NOT for the squeamish. The snake’s teeth got stuck in Adam’s arm and the bite created an absolute bloody mess.

Obvious question … WHY?!? The guys say they’re following in the footsteps of Dr. Justin Schmidt — an entomologist (insect scientist) who, in the ’80s, put himself in harm’s way to create a sting pain index. Adam and Rob wanna do the same but aim to take it beyond insects. 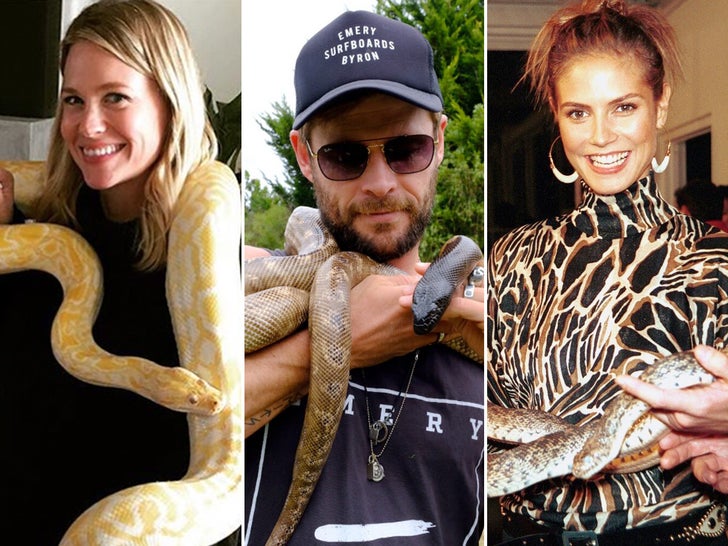 Their 30-point pain scale will measure intensity, duration and damage — thereby informing viewers which creatures to avoid, and if ya can’t … how to treat a bite or sting.

As for the python bites … Adam needed stitches to close his wound. Rob, whose bite you’ll have to see on the show, got the worst of it. Doctors had to squeeze a hematoma out of his arm, twice!!!

The show premieres November 12 and, arguably, the python is their easiest foe since it’s not poisonous. The guys will also endure a Nile monitor lizard, fire urchin, lionfish, giant Asian centipede, piranha and a wasp so enormous … it’s called the tarantula hawk!!!

Fun fact (for you, not them): Adam and Rob endured 22 bites or stings during the 8-episode run.

Christine Brown: Kody Who?!? I’m Never Looking Back!
“Outer Banks” Exes Chase Stokes and Madelyn Cline Talk Working Together on Season 3
‘Winnie the Pooh: Blood and Honey’ Sequel Already Teased With Poster Art
How to educate, entertain and distract your children during the strikes
An American Story