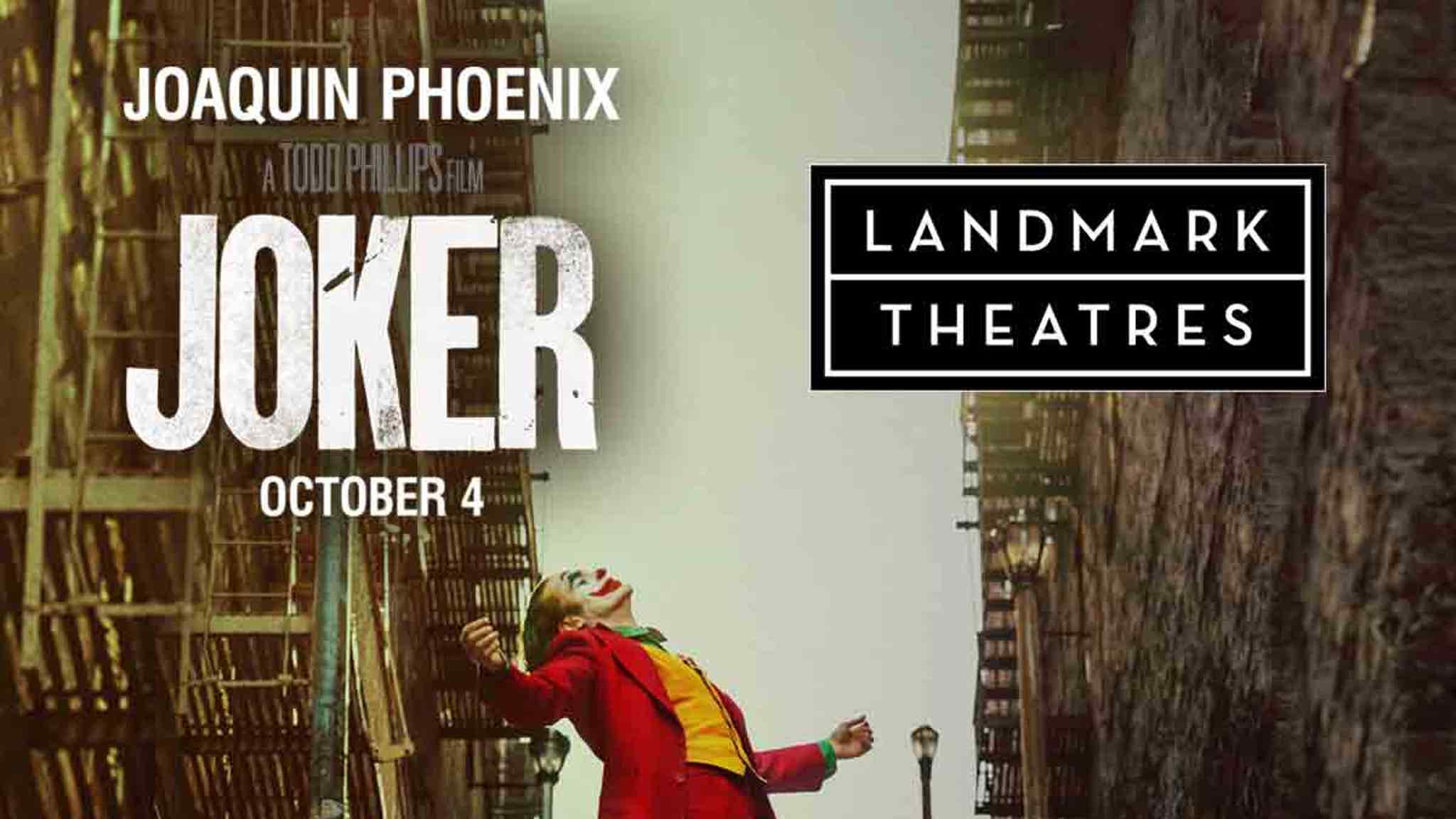 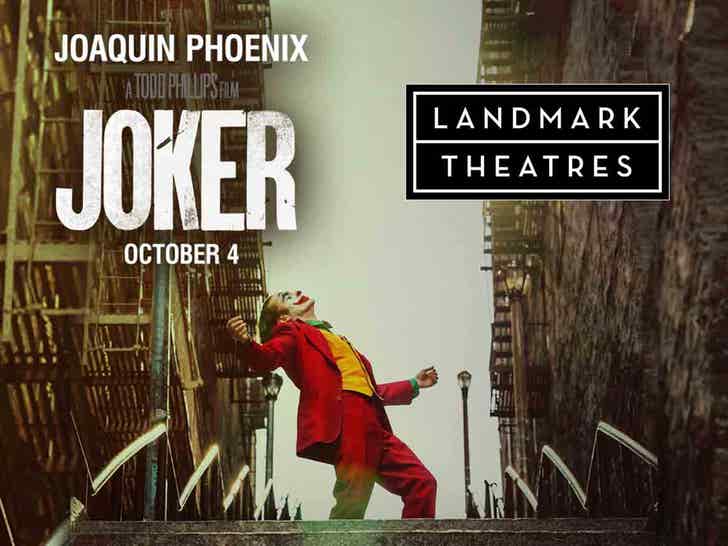 “Joker” fans hoping to dress up like the notorious Batman villain for screenings will need an change of clothes, or they’ll be turned away — at least at Landmark Theatres.

In the name of safety and security, several big theater chains have already enacted policies that prohibit moviegoers from donning masks and face paint or bringing props, but for the opening weekend of Todd Phillips‘ “Joker” film … Landmark is going a step further.

CEO Ted Mundorff tells TMZ … “We are not allowing costumes, face painting or masks by either our employees or guests,” specifically for the release of the movie starring Joaquin Phoenix.

Landmark operates over 50 theaters in 27 markets in the U.S.

Regal Cinemas tells us it doesn’t think the “Joker” poses any specific risk because, “We do not believe the content or the existence of any movie is a cause or a signal for violence.”

That being said, a Regal rep added their theaters are in regular contact with law enforcement year-round so they always have info to help make whatever security assessments are necessary.

This all comes amid backlash against “Joker,” with critics saying the film has a dangerous message … and the potential to incite troubled individuals to commit mass shootings.

As we reported … family members of some of the victims of the 2012 Aurora, CO shooting during a screening of “The Dark Knight Rises” even sent a letter to Warner Bros. expressing their concerns with the movie, and asking the company to support gun reform.

WB responded by saying it is already takings steps to address the epidemic of gun violence, but insisting “Joker” is not an endorsement of violence or meant to portray the character as a hero.

Regardless, at least one theater isn’t taking ANY chances. The Century Aurora and XD — the remodeled venue where the 2012 shooting took place — will not be showing “Joker” at all. 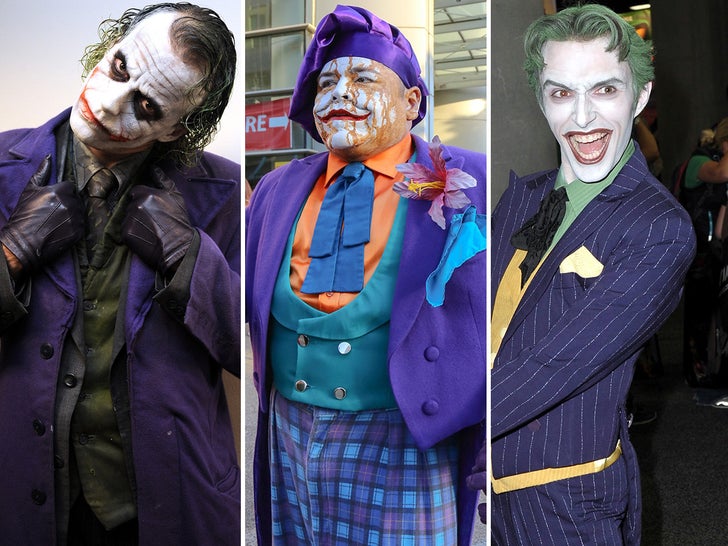