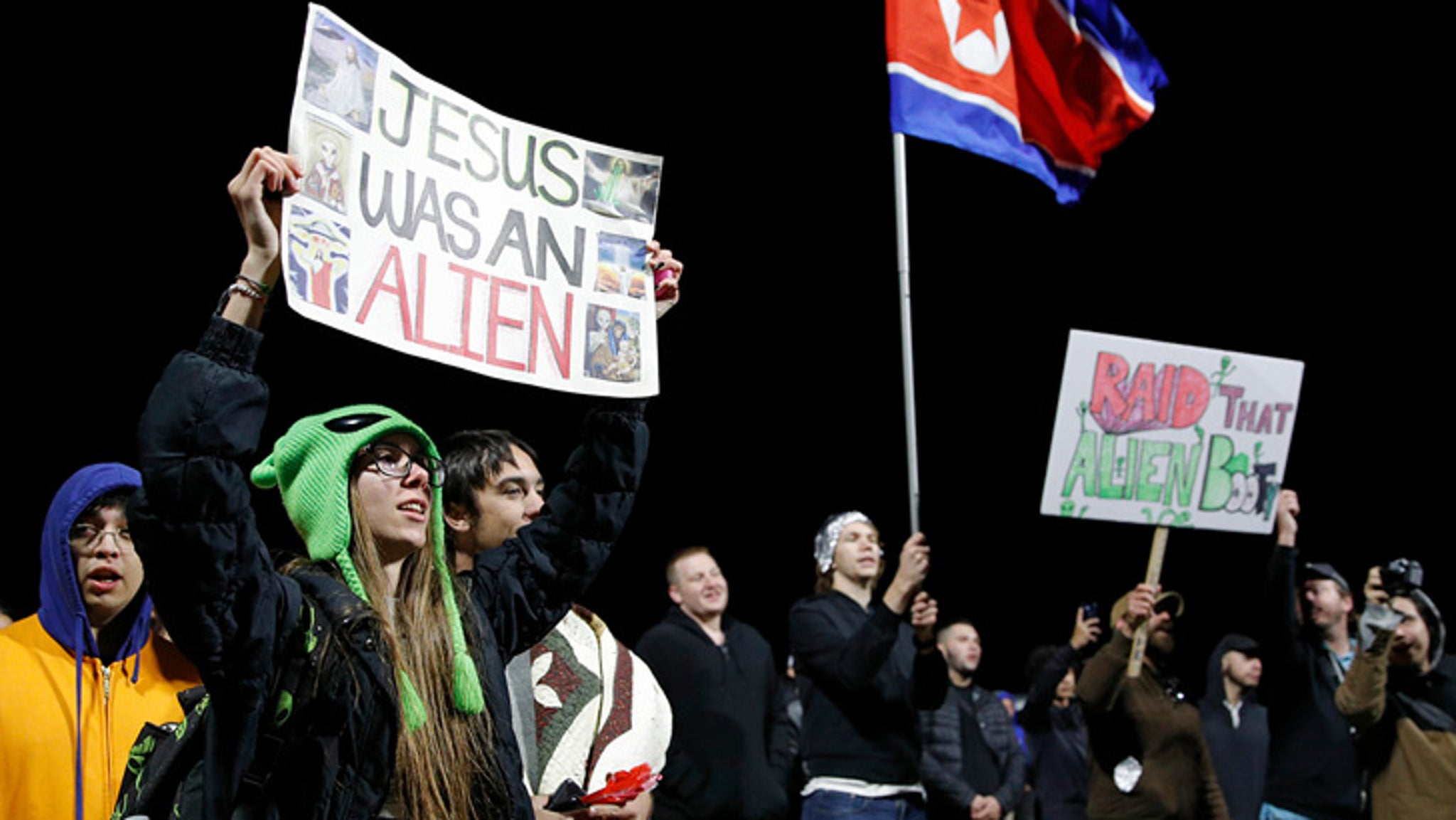 The plan for millions of people to storm Area 51 to “see them aliens” ended up being just a light sprinkle, attended by those who didn’t care the plan was aborted … or just missed the memo.

A small crowd of alien enthusiasts showed up at the entrance of the Nevada Test and Training Range near the super-secret military base late Thursday … equipped with signs, masks and inflatable green aliens.

The tiny group gathering was a pretty hilarious and fitting button to the ‘Storm Area 51’ saga — aka, an internet joke that got taken way too seriously.

As we told you … the event planners, Matty Roberts and Frank DiMaggio, got folks hyped with a Facebook page invite to go searching for aliens, but changed course when it became clear law enforcement and the military wasn’t messing around with any such raid.

Matty and Frank pivoted quickly and put on a free music festival in Sin City instead … and that went off without a hitch Thursday night in Downtown Las Vegas.

Attendees were treated to the music of Tripnotic and others. Not shockingly, there was a much better showing for the free concert — than the ill-fated attempt out in the desert to storm Area 51 gates while risking jail time … or worse.

Jenelle Evans Shades Chelsea Houska: Who the Hell Would Want to Flip Houses?!?
Adidas Sambas Have Been Deemed Popular By The Fashion Set
‘Avatar: The Way Of Water’ Breaks Box Office Records For CJ 4DPlex Theaters With $85M WW
The Latest Gucci Drop Is the Perfect Way to Celebrate Valentine’s Day
15 Types Of Socks For Men: Explore New Styles in 2023