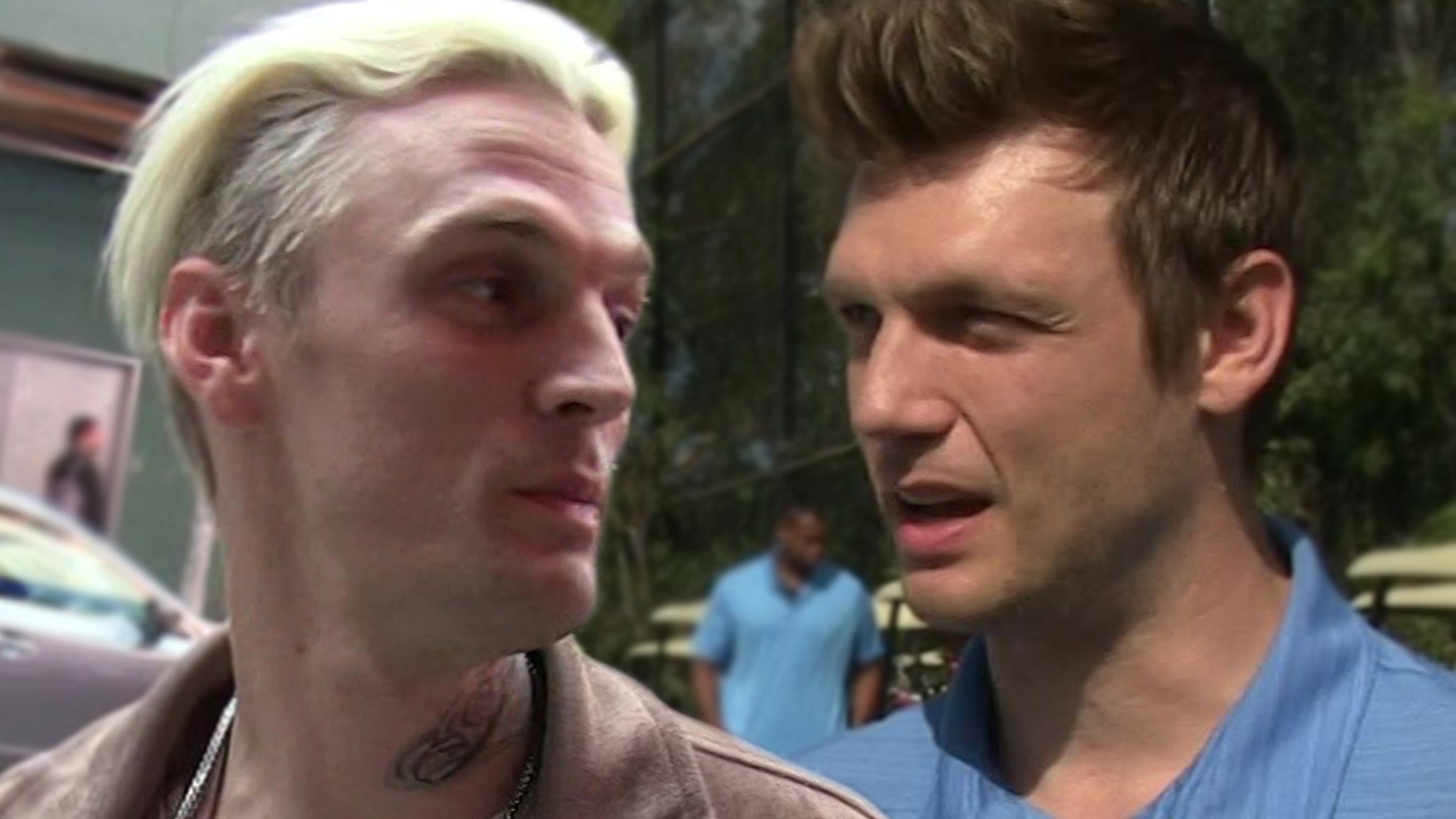 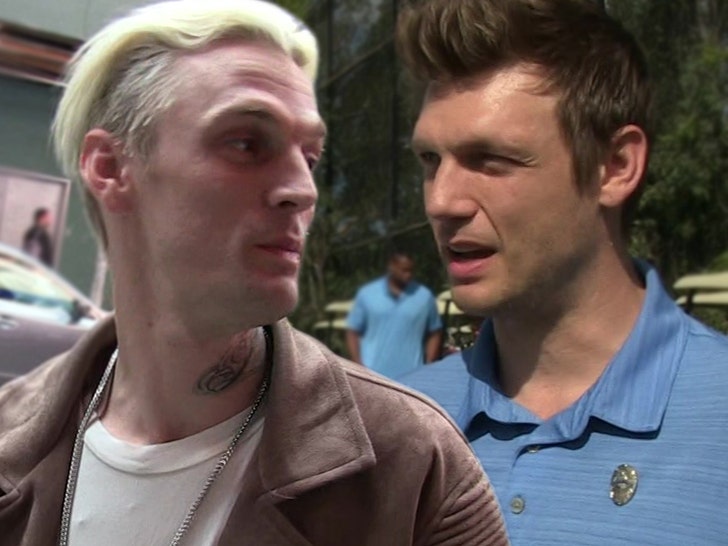 Nick Carter says he had to protect his wife and unborn child from his brother because Aaron flat-out told their sister, “I have thoughts of killing babies.”

That bombshell allegation is in the restraining order request Nick filed Monday in Las Vegas. In the docs, he says Aaron and their sister, Angel, were talking by FaceTime on August 7, 2019 … and according to Angel, Aaron said, “I want to tell you something that I never told you before — I was diagnosed with schizophrenia and bipolar 2 years ago.”

According to the docs, obtained by TMZ, Angel asked Aaron if he heard voices … and that’s when he made the “killing babies” remark. Angel asked if he thought about killing anyone else, and she claims he said, “I think about killing Lauren Kitt” … who is Nick’s pregnant wife.

Aaron’s then-girlfriend, Lina, was there during the convo and chimed in, “Angel, how do you think I feel with him sleeping with a sword next to him?” According to the docs, Aaron got upset and said, “Shut up Lina, you are next on my list.”

Aaron and Lina have since had an ugly breakup. Worth noting … cops were called the day after that FaceTime convo to conduct a welfare check on Aaron. We had reported it was a family member who called … and in the docs, Angel admits it was her.

In his filing, Nick explains he needs the court-ordered protection from Aaron because he’s afraid Aaron will listen to the “voices in his head and cause harm to my family.” He also states, as far as he knows, Aaron owns 6 firearms, which he’s known to keep “readily available.”

In fact, Aaron was on “TMZ Live” this week and told us he had his guns loaded and ready when cops made yet another welfare check at his home this past Sunday.

As we reported, Nick was granted the restraining order which requires Aaron to stay away from Nick, Lauren, their son and Lauren’s parents.