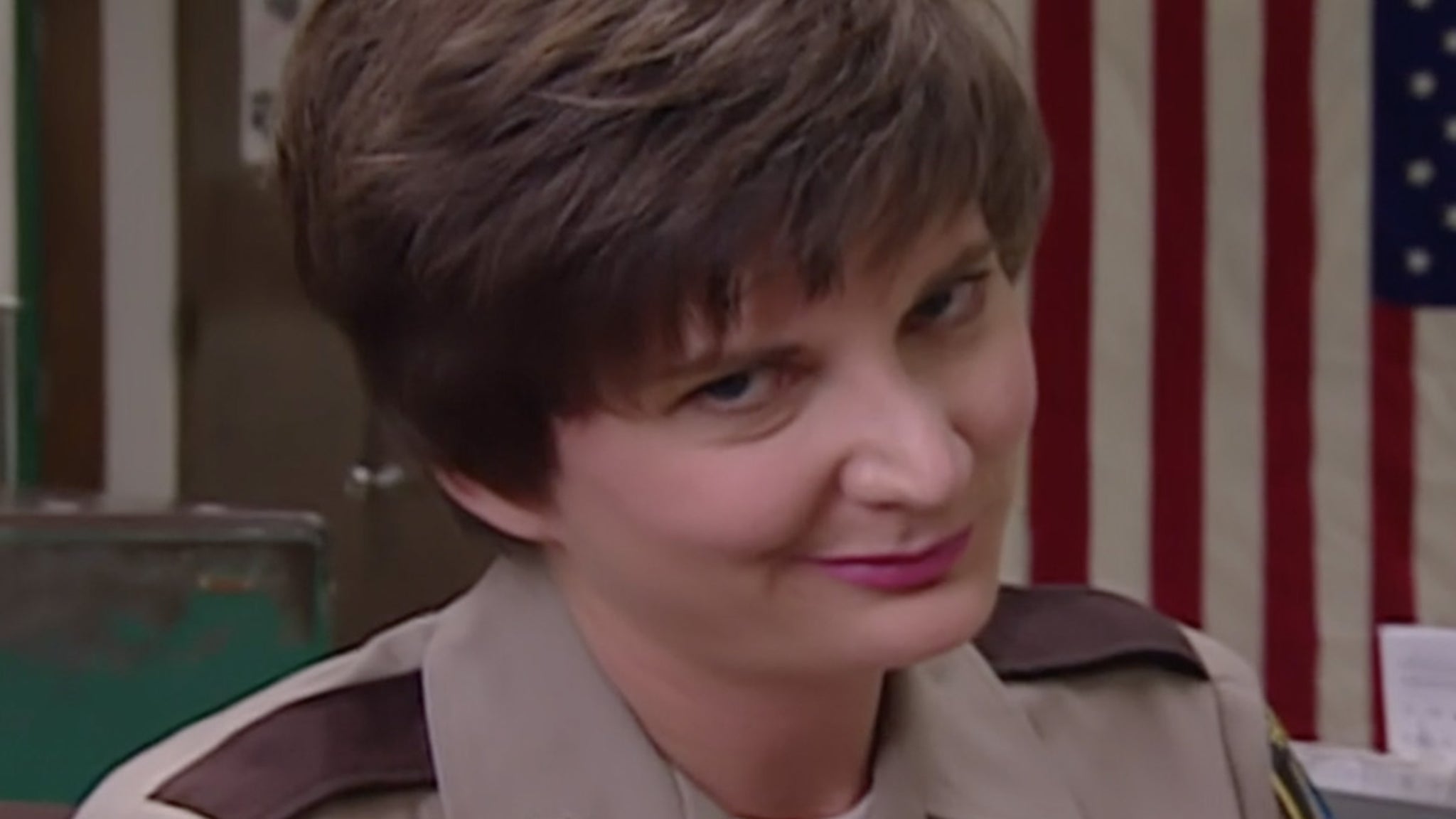 Kerri Kenny was cast in the mockumentary alongside an awesome squad of stars, including Cedric Yarbrough as the dreamy “Jonesy,” Robert Ben Garant as the NASCAR loving clumsy cop Junior, Carlos Alazraqui as the trigger happy Garcia, Niecy Nash as the fierce one on the force Raineesha Williams, Wendi McLendon-Covey as the buxom babe with a badge Johnson … and, of course, Thomas Lennon as the leggy leader Lieutenant Jim Dangle.