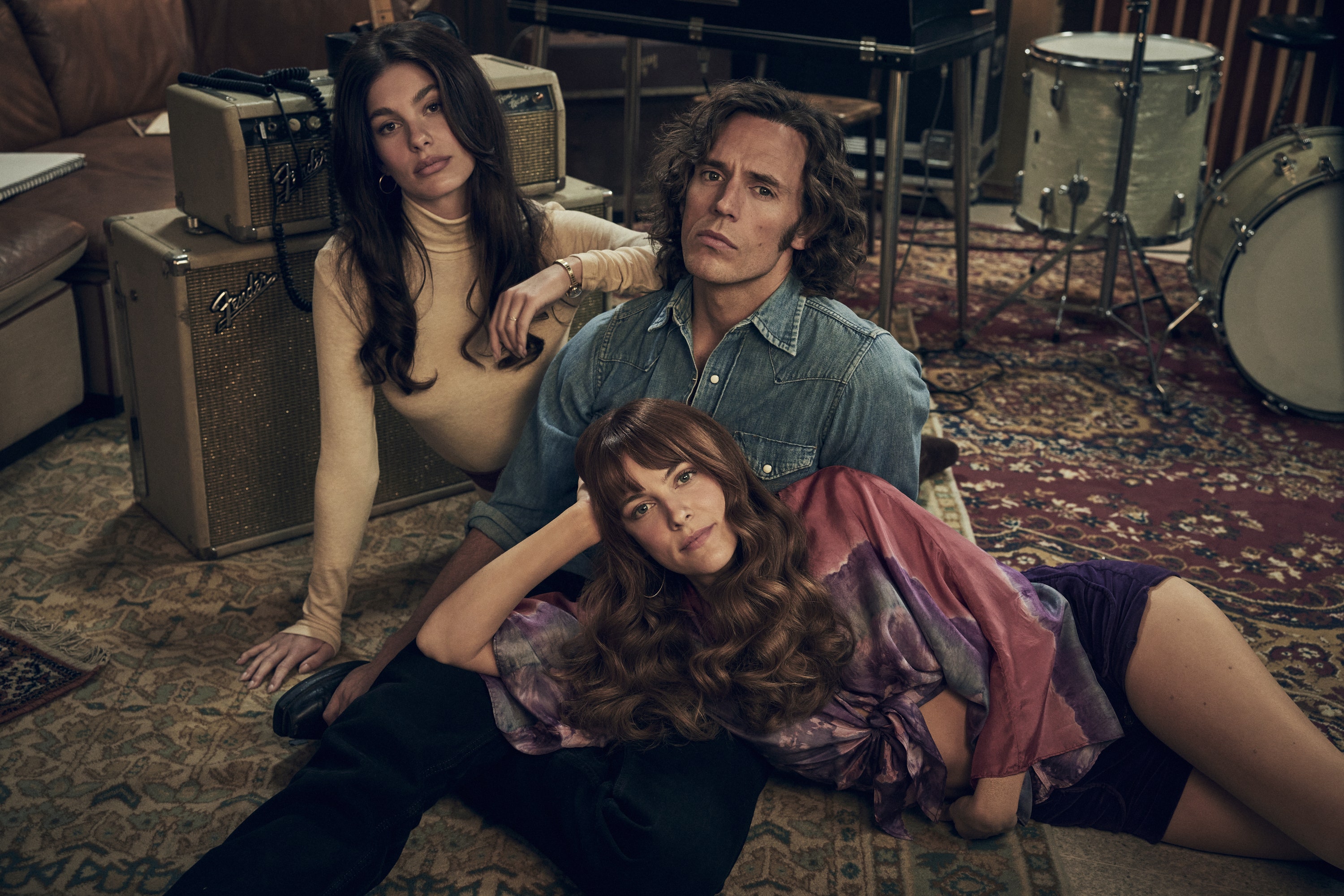 There is a divide between the girlies. You’re either a Fleetwood Mac girlie or you’re not. I, myself, am of course obsessed with the messy workings of Fleetwood Mac and the break-ups that made it into their songs and how the band functioned as a whole. It’s why something like Daisy Jones & the Six intrigues me so.

And now, we have our first trailer for the Prime Video series. Based on the novel by Taylor Jenkins Reid, the show stars Riley Keough, Sam Claflin, Camila Morrone, Will Harrison, Suki Waterhouse, Josh Whitehouse, Sebastian Chacon, Nabiyah Be, Tom Wright, and guest star Timothy Olyphant and brings to life the rock and roll of the ’70s.

The new trailer is the perfect blend of the real life vibe of bands from the ’70s mixed with the fictional freedom of the original novel. And seeing Riley Keough and Sam Claflin and their rock and roll nonsense is exactly the kind of series I’m looking for. Again, I am but a humble Fleetwood Mac girlie.

The trailer feels oh so very ’70s that it has me even more excited for the series because it is an era that we either just bring the vibe of to the “modern” setting or make a caricature of. It feels like Almost Famous had a baby with a real band from the ’70s and it’s exactly what I wanted this series to be.

But the release of the trailer does have people asking whether or not the show is based on a real band or if it is fictional. So let’s get into it because … well, I have talked about the inspiration multiple times throughout this piece, if you were paying attention.

Is Daisy Jones and the Six a real band?

In short, no. In reality, it is a fictional band inspired by Fleetwood Mac. Remember the album Rumours and the absolute mess that happened within the band during it? Which did lead to it being the number one break-up album of all time? Well, that’s kind of the inspiration for Daisy Jones & The Six as a band.

Billy Dunne (played by Sam Claflin) is meant to be a representation of Lindsey Buckingham, who was in a relationship with Stevie Nicks. Their break-up was a source of turmoil within the band that led to a lot of the songs on Rumours and the eventual breakdown of the band. Buckingham left, Stevie Nicks dated Mick Fleetwood, and though they got back together, it was famously rocky. (And Fleetwood is my enemy for not letting Nicks put the song “Silver Springs” on Rumours, but that’s a different story.)

So while Daisy Jones & The Six is very much based off of Fleetwood Mac, the band itself in the show is not real. That doesn’t mean the songs from the trailer aren’t absolutely incredible, though. I cannot wait to see the series when it hits Prime Video on March 3rd. Because this trailer gave me all my ’70s vibes and rock songs and I loved it so much.

‘Top Gun 3’: Everything We Know About The Possible Threequel
T.J. Holmes and Amy Robach Out at ABC, One Source Calls Exit ‘Witch Hunt’
Justin Bieber sells entire music back catalogue to Hipgnosis
Breaking Up With Your Therapist? Here’s Exactly How to Do It
Fans Are Feeling All The Feels About Brendan Fraser’s Nomination For The Whale