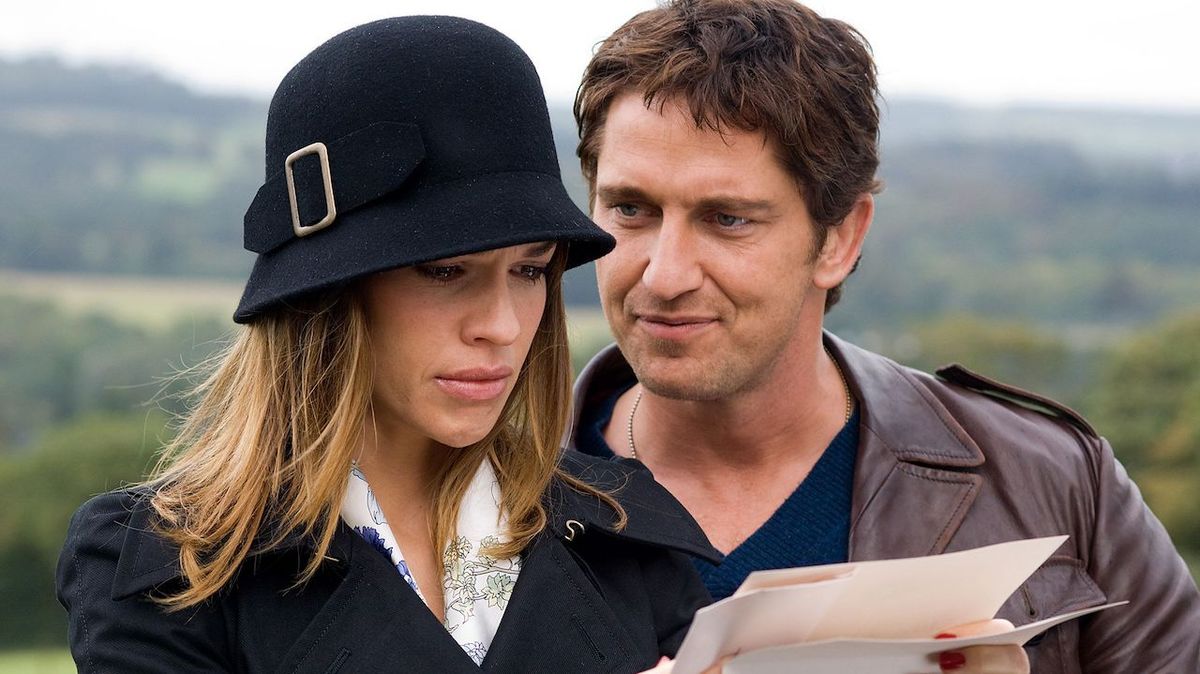 Romantic comedies: They’re not supposed to be dangerous! This isn’t Tom Cruise driving a motorcycle off of a European cliff so he can transition into a base jump. It’s Sandra Bullock having a meet-cute with Keanu Reeves, or Julia Roberts falling for Hugh Grant at a bookstore in Notting Hill. That’s what makes the list of the Best Romantic Comedies of all time. However, Gerard Butler will tell you a story about the time that he almost killed Hilary Swank while the two of them worked on a rom-com, proving that sometimes, blood has to be spilt in order to earn a loved one’s heart.

The movie in question is P.S. I Love You, an otherwise forgettable romantic comedy from 2007. Gerard Butler plays a recently deceased man who has left behind a series of letters for his widow (Hilary Swank) to find, helping her through her grief. A very sweet premise. But while appearing on The Drew Barrymore Show to promote his action-thriller Plane, he told a story about a scene that went horribly awry, and sent Swank to the hospital. Butler said:

I searched online for the clip in question, and found one of Gerard Butler in suspenders, but there was no dancing. It also seemed relatively harmless, which is not how he remembered it. He went on to tell Drew Barrymore:

Brutal. Totally unintentional! But still brutal. The movie didn’t really suffer from the devastation. We gave P.S. I Love You a decent grade in our official review. And Butler kept making movies, many of which are available to stream right now (though some of them, you might want to avoid). In the moment, however, Gerard Butler thought he was finished. He concluded to Barrymore, making her howl with laughter:

Making movies is really hard, folks. And occasionally dangerous, even on the ones that you don’t assume would be. Gerard Butler shared scarier stories from his time filming Plane, an action thriller that we’d assume causes bodily harm, at least according to the movie’s trailer. Then there was that time the actor ate raw chicken on a movie set. Never let it be said Butler can’t be Method. But in this case, an accident led to a bloody Hilary Swank, and Butler had a scary story to tell on daytime television.