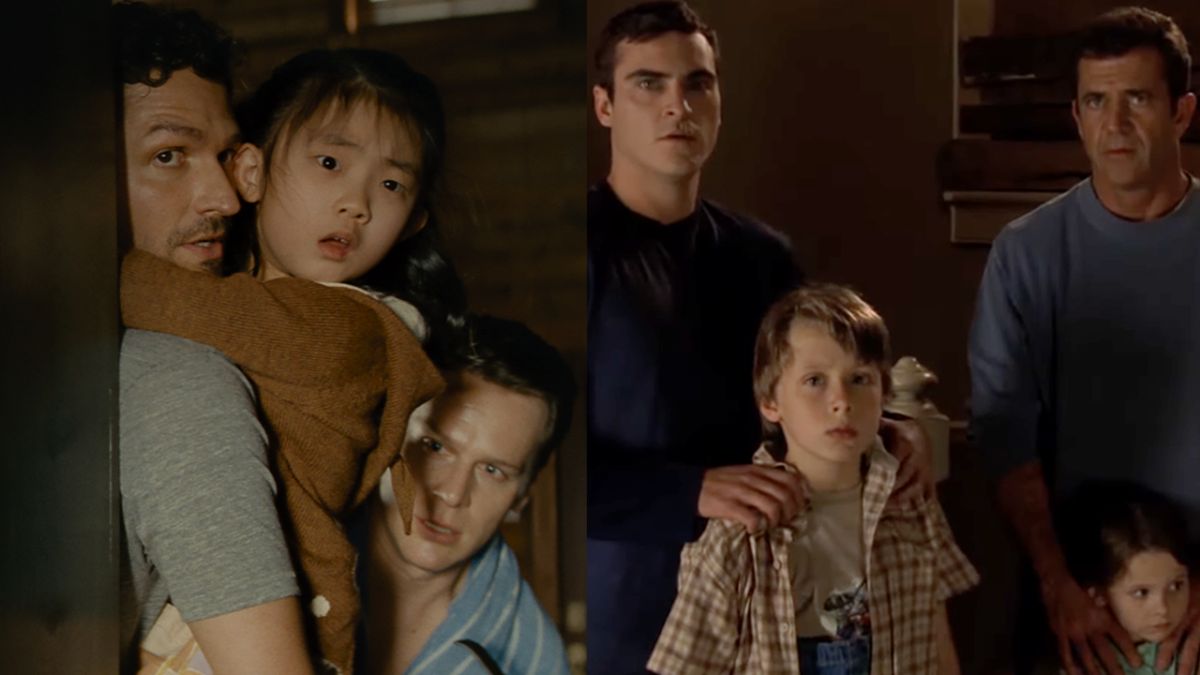 Since M. Night Shyamalan burst onto the Hollywood scene with his 1999 mega-hit (and one of Bruce Willis’ best films), The Sixth Sense, he’s become known as a filmmaker who can land an excellent cinematic curveball. Admittedly, some of his surprising plot endings hit better than others (as highlighted in our ranking of Shyamalan’s movie twists). The Visit filmmaker is back at his old tricks with his upcoming horror movie, Knock at the Cabin, and Shyamalan says Signs fans will feel very “connected” with his new cabin-set horror.

The modern maestro of plot reversals, M. Night Shyamalan, recently spoke with our sister site, Total Film, giving insights into his filmmaking process and revealing which of his past filmography his newest directorial effort is most like. According to the Glass director, fans of his 2002 sci-fi thriller will be delighted because of a specific dynamic in the film mirrors one that’s also in Signs. Shyamalan revealed that specific point, saying:

This revelation by the director will undoubtedly make horror fans happy because the family dynamic present in Signs is one of the movie’s strongest aspects. Also, some horror and thriller flicks fall short when it comes to the characterizations of the main players. It’s often difficult for audiences to feel connected with the characters if enough time hasn’t been put in to make them likable. From the first moments of the Knock at the Cabin trailer, audiences are introduced to an adorable family played by Jonathan Groff, Ben Aldridge, and Kristen Cui. Moviegoers should feel a bond with them and eventually be scared for the brood as well.

While there are still plenty of twisty secrets regarding M. Night Shyamalan’s latest, what we know about Knock at the Cabin is that it’s an adaptation of Paul Tremblay’s novel, A Cabin at the End of the World. The book’s author recently threw a little shade at the movie for seemingly ignoring him and the source material in its promotional material. Tremblay may feel even more slighted when he finally sees Shyamalan’s take on his work. The filmmaker is known for taking bigs swings with his adaptations, and he teased a different version of the story. The director continued:

Admirers of Paul Tremblay’s source material might be feeling a bit nervous regarding the movie’s upcoming release. But at the very least, the filmmaker’s longtime fans might be excited to hear his next horror movie feels spiritually connected to Signs.

Knock On The Cabin is set to hit theaters on February 3, 2023. M. Night Shyamalan and Paul Tremblay fans will have to wait and see whether or not the director did a good job of pleasing both camps with his adaptation. Tremblay’s novel is available on Amazon (opens in new tab) or at local bookstores for audiences wanting to read the book ahead of the film’s release. Also, check out our 2023 movie release schedule to plan your next movie theater experience.