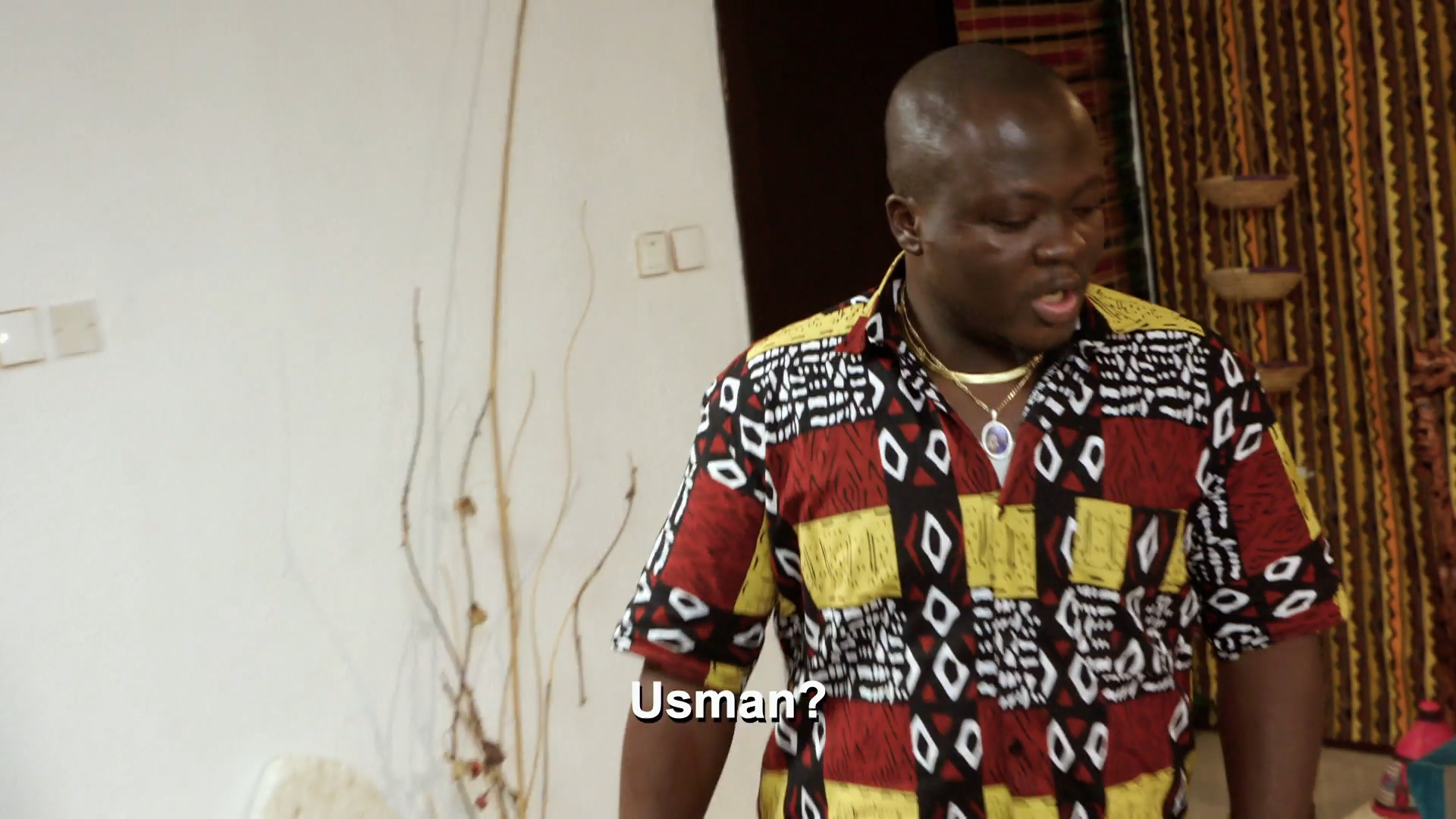 As we saw on last weekend’s Tell All Part 3 for 90 Day Fiance: Happily Ever After?, two cast members were filming from the same hotel.

Usman Umar and Michael Ilesanmi have met before. But Angela Deem fears that Usman will turn Michael against her.

But at the end of that episode, Michael ignored his wife’s demands and went over to speak to Usman.

Towards the end of Part 3 of this unprecedented four-part Tell All special, people could hear a storm through Michael’s screen.

Michael, Usman, Sumit Singh, and Elizabeth Potthast all participated remotely. Three, because they lacked a visa. In Libby’s case, she was simply too far along in per pregnancy. This filmed late last summer.

Interestingly, people could also hear that same storm through Usman’s screen. Nigeria is not a small country. Naturally, the cast speculated that perhaps the two men were filming at the same location.

Angela and Usman do not like each other. Actually, that is a colossal understatement. Angela hates Usman and believes that he is a scammer. When he doesn’t back down, she explodes with rage.

She wishes to strictly limit Michael’s social circle. Ideally, it seems, down to no one but her. It’s not “only” about demanding that he not be friends with any women.

So Angela, on stage and backstage, told Michael in the strongest possible terms to stay away from Usman. Michael insisted that Usman was in a separate building. And he was. …

But, as we saw, Michael decided to walk over — with cameras following him — to Usman’s room. That was the Part 3 cliffhanger.

Now, People got the scoop on what’s to come with Michael and Usman. But we don’t yet know how Angela will respond. (We can guess — she seldom reacts well, rationally, or peacefully to not getting her way)

At first, Michael and Usman both tell each other to “f–k off.” Charming. Then, they actually begin to talk.

“Why can’t you have your own social media?” Usman asks Michael. A very reasonable question.

“From day one, my woman, you know my woman is very jealous when it comes to women around me,” Michael explains. He continues: “That’s why she asked me to take down my Instagram.”

To the confessional, Usman admits: “I understand the reason she cannot allow him to be on social media. Because he’s a child and he cannot control himself.”

“She [feels] like I’m a bad influence to you,” Usman tells Michael. “She know[s] that I am smarter than you.”

“And,” he continues, “she feels like I can draw you into a game that will maybe f–k her up.”

Meanwhile, Michael decides to beg Usman to stop feuding with his wife. For the record, Angela started it — every time.

“Please, you know this woman. She is my wife. The way you respect me, I want you to please respect her,” he implores Usman.

“I want you to please stop it. I don’t like the way you [converse] with her, saying, exchanging words with her,” Michael says. “You are a man. You know she’s a woman.”

Michael’s plea continues: “Let them talk, say whatever they want to say. At the end of the day, they will keep quiet. Just please and please, let her be.”

Usman responds with “a capital NO.” But it’s not all bad news.

He then tells Michael “I have no problem with both you and her.” It is, he explains to the camera, when Angela lashes out at him that he responds in kind.

It will be interesting to see how Angela responds to this.