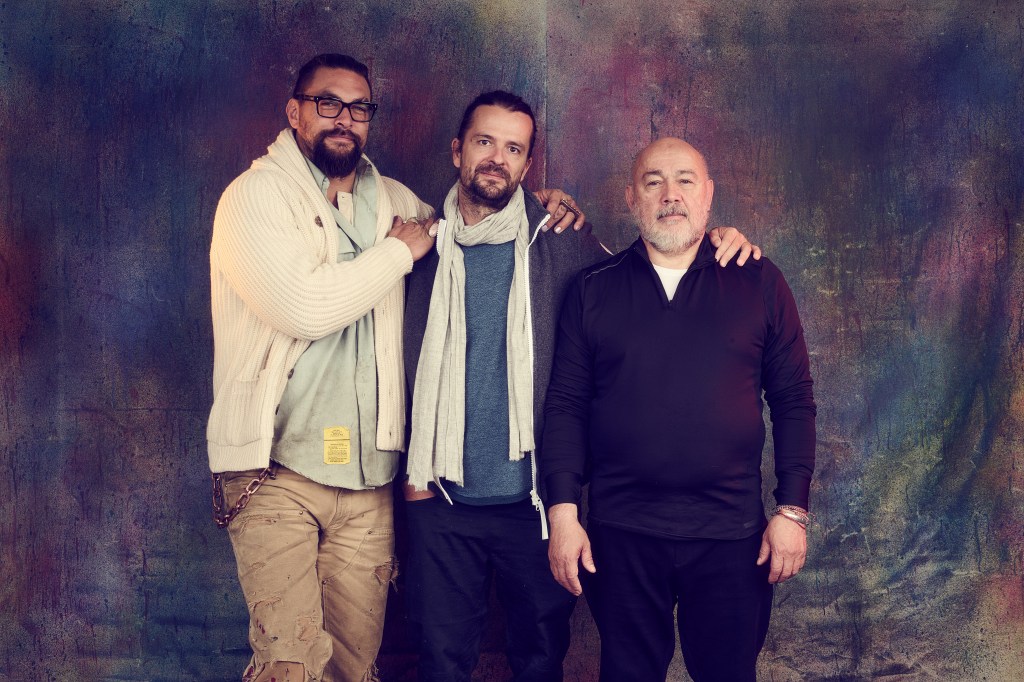 “I knew what was going on with deep sea mining, but some of the things this film opened up …we were doing the V/O for it and it’s the first time I’ve  like really gotten emotional, crying when I was doing it,” said Jason Momoa of his work on the Matthieu Rytz directed Deep Rising documentary.

“I’m a Dad, I care about the next generation, and we’re destroying it, the Aguaman star added of the environmental destruction of the Earth and its very apparent ramifications – as you can see in the video above.

In the Deadline studio at the Sundance just before Deep Rising had its January 20 world premiere, Momoa, Rytz and Dr. Sandor Mulsow, detailed their desire to see the festival provide a spotlight on the carnage occurring in the oceans. In fact, they’ve planned taking the film’s revelations beyond Sundance. “During all the pandemic, almost two years of the pandemic, we started building a big impact campaign,” noted Rytz. “So, I put a team together, a world class team of advertising and communications experts. We need to be ready when the film goes out and we are not missing this opportunity.”

Of course, fresh off meetings at Warner Bros Discovery with the likes of CEO David Zaslav and DC Universe bosses James Gunn and Peter Safran, an excited Momoa also had some Aquaman news to share, as well as his future with the franchise and more. “I’ll always be Aquaman, and there’s a lot of evolution for that. So, I’m not going anywhere and it’s very exciting,” he said.

An EP on Deep Rising as well as the narrator, Momoa has been a frequent presence in Park City over the years. Rytz was last at Sundance in 2018 with his Antone’s Ark documentary. Deep Rising is programmed in the festival’s Premieres section.

Shakira Seemingly Responds to Ex Gerard Piqué Going Instagram Official With His Girlfriend
Rihanna “Pregames” Her Super Bowl Halftime Show in New Teaser
Christine Brown: Bring It On, 2023! This is Gonna Be My Year!
The Bachelor Plummets to Record-Low Ratings; Will This Be the Final Season?
Cervical Cancer Screenings Are Lifesaving – Why Do So Many Of Us Miss Them?