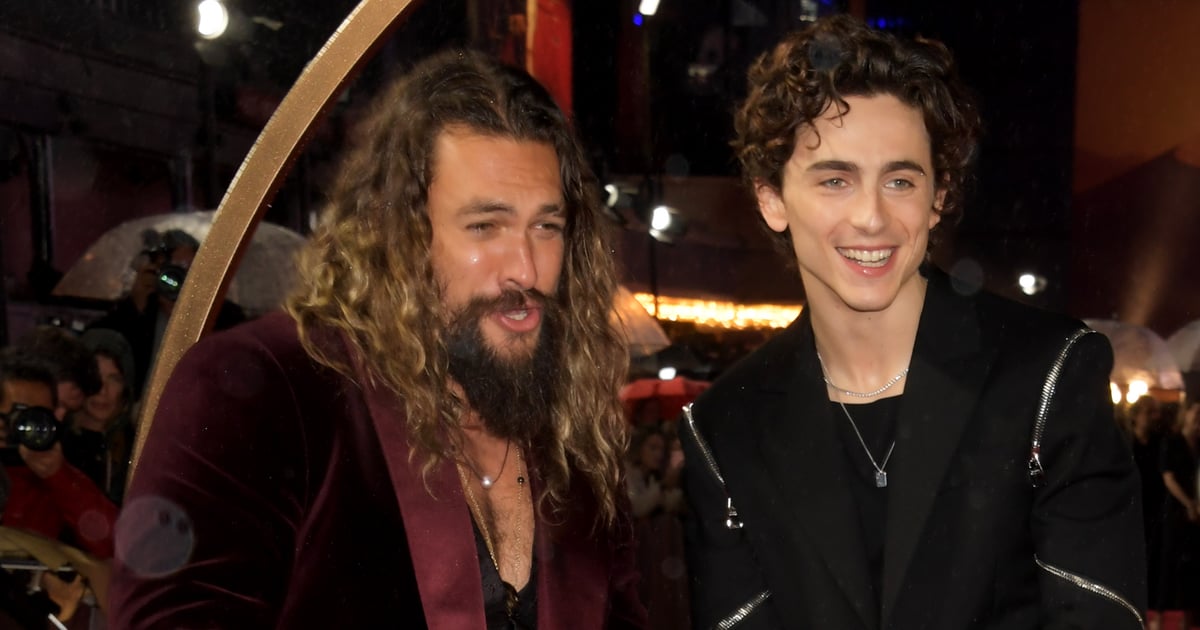 The FOMO is real for Timothée Chalamet, and his “Dune” costar Jason Momoa is only making it worse with his new Apple TV+ show. In a new ad campaign launched on Jan. 20, Apple TV+ recruited Oscar nominee Chalamet to show off its star-studded lineup of movies and shows.

At the start of the ad, the “Little Women” actor is seen watching “Coda” with a friend and musing about how the streamer’s original movie went on to win an Oscar. “I was in two best picture nominees last year,” he reminds his friend.

From there, Chalamet is seen scrolling through the streamer’s offerings — including “Causeway” starring Jennifer Lawrence and “Selena Gomez: My Mind & Me” — before he sits down for an episode of “Severance” and finds himself haunted by a “Ted Lasso” billboard. At one point he sits in a bathtub at a photo shoot while staring at a preview for “Black Bird.” The “Bones and All” star muses, “I guess I could do prison.”

Finally, Momoa calls him to share that he’s just wrapped filming on his next Apple TV+ series, “Chief of War.” “Wait, you have a new Apple show?” Chalamet asks. To which Momoa responds, “At this point, who doesn’t?”

Well, Chalamet doesn’t, and the FOMO is seriously getting to him. At the end of the ad, he flops down on his bed and sighs. “Hey Apple, call me?” he asks.

Chalamet doesn’t currently have any projects in the works with Apple TV+ (at least not anything that’s been made public), but it might not be long before he appears on the streamer. Last year, Jon Hamm starred in a similar campaign in which he wondered why everyone in Hollywood seemed to be working for Apple TV+ except for him. Shortly afterwards, it was announced he had joined “The Morning Show” season three, so don’t be surprised if Chalamet ends up in a film or prestige drama on the streamer in the coming months.

Last Seen in Lapaz
E-40 Donates $100K to Grambling State, Honored With ‘Earl Stevens’ Studio
EVERYDAY CARRY: Precision
J.J. Abrams Remains On Board For An Upcoming Stephen King Adaptation As It Pivots From TV To Film
Steve Lacy: 5 Things To Know About The Grammy-Nominated Artist