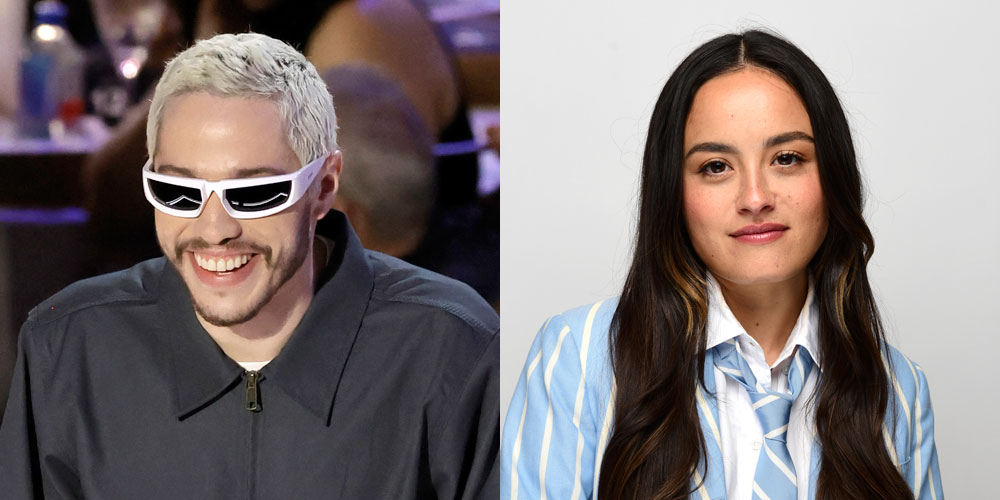 Pete Davidson and Chase Sui Wonders are not trying to hide their relationship anymore!

The new couple was spotted packing on the PDA while visiting Universal Studios Hollywood for an afternoon date on Thursday (January 19) in Los Angeles.

Pete and Chase were spotted kissing while riding the escalators that take parkgoers from the top part of the park to the bottom area.

It looks like Pete was trying to keep a low profile, wearing a hat, a hoodie, and sunglasses.

Head inside to check out the moment…

The video was shared by TMZ and you can watch below.

This isn’t the first time that Pete has taken a girlfriend to a theme park. He was previously spotted at Knott’s Berry Farm with Kim Kardashian in October 2021 and while they were only on-screen lovers, he went to Six Flags Great Adventure with Kaley Cuoco in August 2021.

Universal Studios is currently preparing to launch Super Nintendo World, a section of the park dedicated to the beloved brand.

A couple weeks ago, Pete and Chase were spotted cuddled up during a date in New York City.

Thomas Doherty Has Hope for a Gossip Girl Reboot-Reboot
Family estrangement: Why being estranged from my dad for 12 years saved our relationship
Many Miles Away’s Highly Anticipated Debut Single “Can You Feel It” Now Available Worldwide
8 Best Montblanc Colognes For Men To Add To The Collection in 2023
Khloe Kardashian Mourns Tristan Thompson’s Mom Andrea 2 Weeks After Death: ‘I Feel Numb’