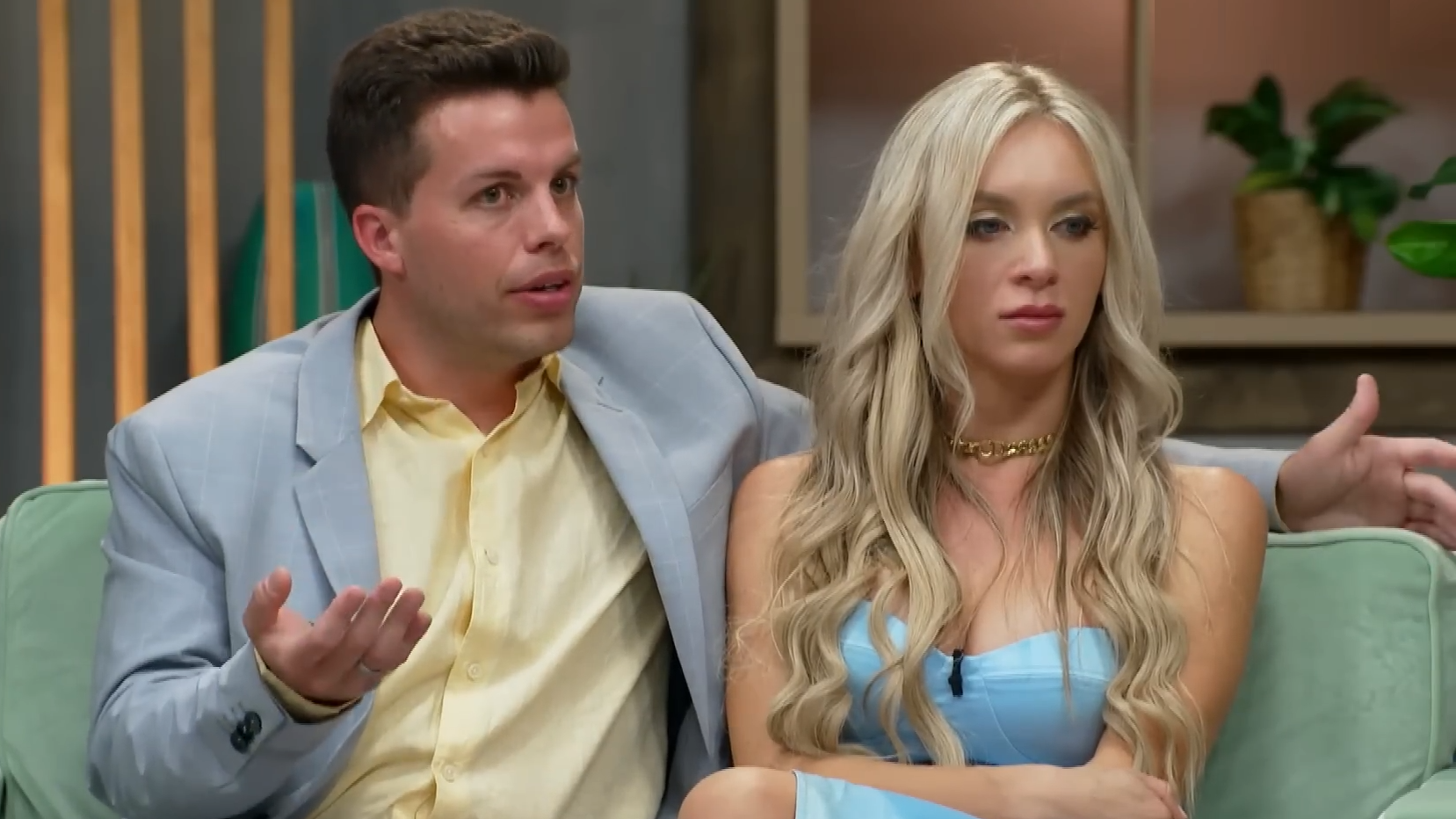 Even with everything that went down during Part 3 of the 90 Day Fiance: Happily Ever After? Tell All, there is more to come.

In the fourth and final installment of the Season 7 special, the show will address Jovi Dufren and Yara Zaya.

These fan-favorites have fewer glaring issues than some of their castmates, but they have had some real conflicts.

In this sneak peek clip of Sunday’s finale, both Yara and Gwen become teary-eyed and emotional.

Thus far, Jovi and Yara’s role at the Tell All has mostly been in relation to castmates.

Yara had Angela Deem screaming in her face within moments of Angela’s (late) arrival on the Tell All stage.

That is, frankly, a badge of honor. Just because production is willing to tolerate Angela’s behavioral problems doesn’t mean that Yara needs to.

Meanwhile, Jovi has been at his absolute best when standing up (so to speak) to Big Ed.

Both Jovi and Andrei discussed how they would never, under any circumstances, speak to their respective wives like how Ed spoke to Liz, his on-again, off-again fiancee.

And Jovi had to call out Ed another time, counseling him to not speak to Kimberly or to Jenny in such an insulting manner.

Jovi and Yara’s big “issue” this season turned out to be a debate over where to live. Russia’s brutal invasion of Ukraine had Yara feeling homesick for Europe.

In the end, she returned to the US — as viewers predicted that she would. She loves living in America, but she also loves Europe. That is a complex, normal way for an immigrant to feel.

But the war began during this season. Before Putin decided to begin massacring Ukrainians in their homes, Yara and Jovi had revealed another conflict.

“Ms Gwen,” as Yara calls her, is Jovi’s mother. Gwen Eymard is a fan-favorite. Most viewers regard her as one of the best parents-of the 90 Day Fiance cast members that the show has ever included.

Jovi was trapped overseas for months in 2020. Gwen was there for Yara, who was very pregnant, in that scary time. Yara has since called her mother-in-law “my best friend.”

But Jovi and Gwen’s angry dispute had caused them to not speak to each other for weeks.

During the fourth and final installment of the Tell All, production has the beautiful Shaun Robinson ask Andrei and Libby about childcare.

Specifically, do they feel that the couple depends upon Gwen too much to help watch over 2-year-old Mylah?

Andrei (who doesn’t believe in hiring nannies and who works a very different job than Jovi) of course responds in the affirmative.

“We not depend so much,” Yara speaks out in her own defense, as you can see in the clip below.

“We depend when we need the help and Mrs. Gwen are there for me, if I will call her,” she notes.

“I’m working and sometimes I need f–king help and I’m a human,” Yara protests. “This been over too much.”

“I don’t want for someone think that I depend, wanna leave, my daughter, depend my daughter, no,” Yara continues.

She begins to tear up with emotion. The way that people have treated her for wanting help like any parent might … it’s clearly gotten to her.

“But I’m working, so I need my time sometimes and that’s it,” she explains.

Jovi has previously brought up the topic of giving Mylah a younger sibling. But Yara isn’t ready for that.

“That’s why I don’t wanna have another baby, because I am not ready,” Yara explains.

The Tell All then directs its attention to Gwen.

Gwen gets similarly emotional, explaining that the previous conflict with Jovi was “unnecessary.”

Jovi explains that “There was a six to eight week period where she didn’t come around and it bothered us.”

“You are 32 years old,” Gwen replies. “We have never had a disagreement to that extreme… Jovi yelled at me while I sat there and listened in awe.”

Obviously, this is a complex situation involving three people who genuinely love each other.

Of course Yara needs help. Not all parents get help, but frankly, they all need it.

We hope that there will be some emotional resolution as the Tell All winds down.