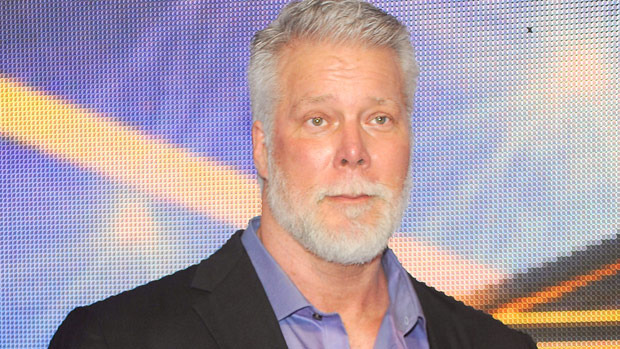 Kevin Nash is still mourning the death of his son, Tristen Nash. Tristen died in October, and Kevin discussed the loss on his Kliq This podcast on Jan. 17. “Today is week 12 that I lost my boy,” he said in the episode. “Time flies when you got a gun in your mouth. I mean, time flies when you’re having fun.”

The troubling comment immediately sparked concern for Kevin’s co-host, Sean Oliver. “Don’t play like that,” he warned. “You have guns so you can’t say those things.” But Kevin’s response was just as troubling, as he added, “I can do whatever the f*** I wanna do, long as I leave a note.”

He later alluded to more thoughts of depression while discussing how Tristen’s death has affected him. “Every morning when I wake up, first thing that happens is I come to the realization that instead of htere being three human beings in my home, there’s now two,” he shared. “And the third person isn’t on vacation or staying with friends or out late. He’s never coming back. And then I sit up in the bed and I have absolutely nothing I have to do and it’s like…so why am I getting out of bed?”

Fans began sending Kevin love on social media when the episode dropped and also urged Kevin to get help for these troubling feelings. Tristen was just 26 years old when he died after suffering a seizure. “The seizure caused a cardiac arrest,” Kevin explained on his podcast in October. “He was basically dead in his room on the floor with the EMT working on him. They got him back and got him in the ambulance and tried to save his life.” Kevin also revealed that he and Tristen had stopped drinking alcohol “cold turkey” before his son’s death.

Kevin and his wife, Tamara Nash, confirmed Tristen’s death on Oct. 20. “On behalf of Tristen and Tamara Nash, I have to unfortunately report that their son Tristen Nash has tragically passed away at the age of 26,” the statement said. “Tristen recently started working on Kevin’s new podcast and the two enjoyed their time together. The Nash family asks if you could please respect their privacy during this time.”