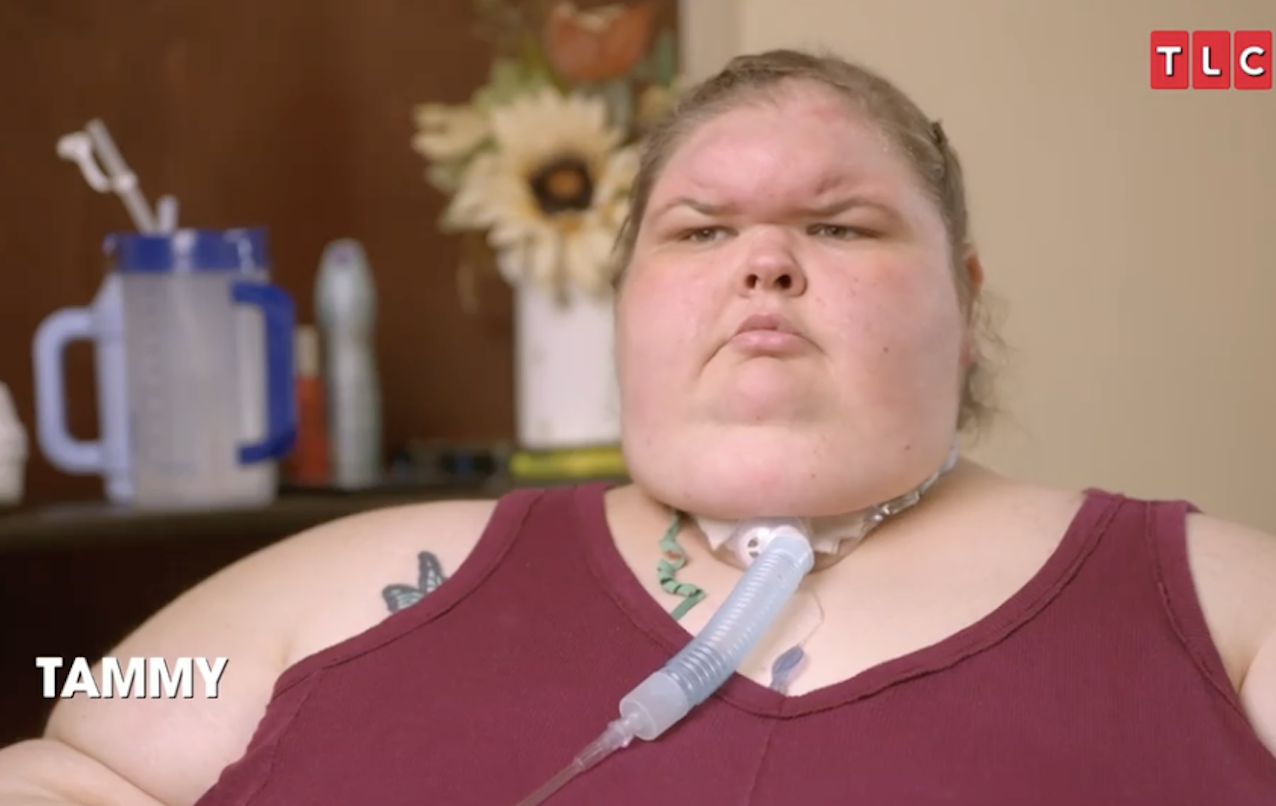 Filmed way back in early 2022, the episode focused on Tammy entering a rehab facility and how her ballooning weight at the time led her to getting hospitalized.

“Two months ago I decided to go back to rehab. I weighed the most I’ve ever weighed,” the lead cast member said, before footage depicted Slaton standing on a scale while her doctor reveals it read 717 pounds.

Not long after acknowledging she needed professional help, Slaton — to put it simply — nearly died.

“I was here maybe less than 30 minutes and my oxygen level dropped,” she said on the premiere, bringing up the frightening incident.

“I had to be taken to the hospital. They put me in a medically induced coma.”

Those who follow Slaton on social media are well acquainted with this extreme health scare.

They’re aware that she actually lost 115 pounds while in the aforementioned coma, but her family members were legitimately concerned at the time that she might never wake up.

“I don’t remember any of it… nothing.” Tammy added of the day she was rushed to the hospital.

“I completely blacked out. I woke up like a week later here in the hospital on life support.”

Tammyy admitted during a Season 4 confessional that she did hear the voices of loved ones while in the coma — and sort of remembers them holding her hand.

“I woke up like a week later,” Tammy said on air.

“The first person I text is a group text to me, [sister] Amy and [brother] Chris. I sent them a picture like, ‘It’s me!’”

As shown in the Season 3 finale, Tammy also had to get a tracheotomy to make sure she could breathe… before she returned to rehab three weeks later.

This was all a long time ago, of course.

In November 2022, she married Caleb Willingham, who she met at this same Ohio center.

The newlyweds seem awfully happy together, while Slaton appears to have undergone gastric bypass surgery at last. Just look at the photos above and below!

“I really wish I could talk about all this stuff that’s going on with my weight and my hair and my clothes, my marriage,” Tammy told fans a few days ago, hyping new 1000-Lb Sisters episodes, citing a non-disclosure agreement and adding:

“But I can’t. … Season 4 is coming out January 17. That’s when it’s premiering. But that’s only, like, eight episodes of a series of 16 episodes.

Tyre Nichols’ Death At Hands Of Memphis Police Protested By March In Downtown Los Angeles And Other Cities
Breaking Up With Your Therapist? Here’s Exactly How to Do It
Kate Bush, Willie Nelson, Missy Elliott Among Rock Hall Of Fame 2023 Nominees – Full List
A Streaming Guide to Watching Todd Field’s Tár
Kelsea Ballerini and Chase Stokes Seemingly Confirm Romance With PDA at LAX