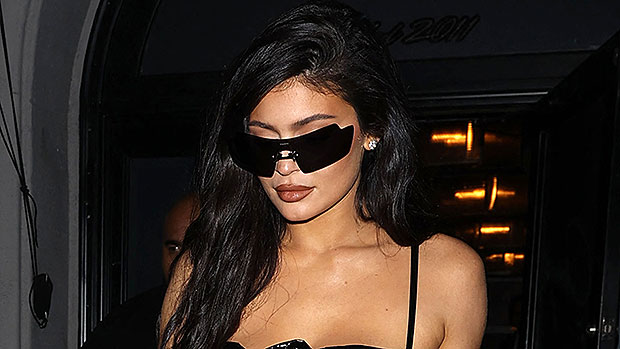 Kylie Jenner, 25, looked incredible in a new set of selfies. The makeup mogul showed off a black bra as she posed for the close-up gems, which she shared on Instagram on Jan. 17, and added an interesting caption. “don’t be f*cking ruuude,” it read.

Once Kylie shared the photos, her fans were quick to compliment her through kind comments. “Your skin is glowing,” one fan wrote while another called her “such a beauty.” A third shared that they thought the photos were “amazing” and a fourth wrote, “you are perfection.”

Kylie’s latest set of sexy photos come after she made headlines for reportedly splitting from her on-again, off-again boyfriend Travis Scott, who is also the father of her two children, Stormi, 4, and an 11-month-old son. The lovebirds seemed to call it quits because of the rapper’s inability to fully commit. “One of the contributing factors to their most recent split is that, after 6 years together and two children, Travis still hadn’t shown Kylie that he is 100 percent committed to her for life,” an insider told HollywoodLife EXCLUSIVELY.

“He’s known for several years that Kylie wanted to be engaged, and they discussed it,” they added. “But the ring never came, and her friends and family believe that she deserves this. She has wanted her dream wedding for so long and Travis was aware of this.”

Before their latest split, Kylie and Travis took a trip to Turks & Caicos for Mother’s Day. A source told us that it was the Astro World creator’s way of showing her how much he cared. “Travis wanted to take Kylie away for Mother’s Day because he really wanted to show her how special she is to him,” the source EXCLUSIVELY told us. “He is getting ready to get back to performing and touring again and he thought it would be super special to get away with just them and their children.”

Apparently Kylie’s family were also hoping for an engagement on the trip. “Kylie loves Turks and Caicos,” the source added. “It is one of her favorite vacation spots ever. Travis did not hold back any stops when it came to making sure that this getaway was super meaningful and that she is going to have the best Mother’s Day ever. As far as an engagement, Kylie’s family has been pushing for this so hard and everyone can only hope that he proposes soon.”

A Flag for Juneteenth
Latto’s Used Panties Removed From eBay for Violating Health & Hygiene Guidelines
What Is Marvel’s Quantum Realm? Here’s What We Know
Christina Aguilera is the latest celebrity to try the tights-as-trousers trend
Motown’s Barrett Strong, known for ‘Money,’ dies at 81