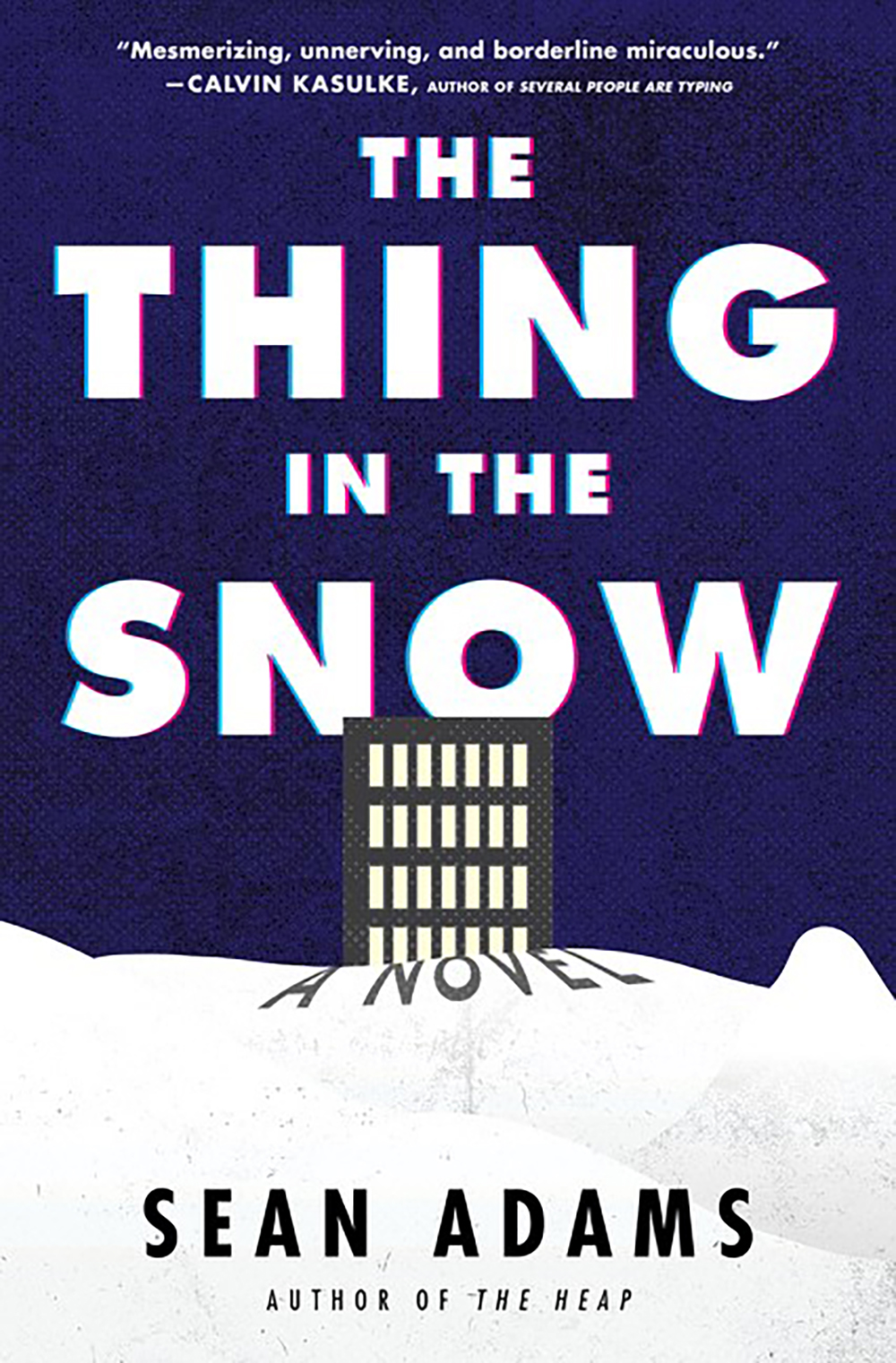 Few conditions feel more dystopian than toiling away at a dead-end job. But imagine performing menial chores in a massive, vacant research facility so remote that a helicopter is required to get there. Plus, outdoor conditions are so fierce that anyone who steps outside is likely to develop a mysterious “snow sickness.” This is the situation accepted by three people in Sean Adams’ new novel.

Adams has dialed down the dystopian quotient from his first satirical novel, The Heap, but that element is still very much present in The Thing in the Snow. The Northern Institute has lost its funding, and its original purpose has been withheld from its new caretakers: supervisor Hart and assistants Gibbs and Cline. All they know, as Adams describes in engagingly cryptic passages, is that something happened, and authorities concluded it was cheaper to keep the facility open than to shut it down.

Hart takes his supervisory duties seriously. In dry prose reminiscent of Kazuo Ishiguro’s unreliable narrators, Hart relates his quotidian tasks: sharing “coffee and light socialization” with his subordinates and assigning the week’s trivial chores, which include testing the stability of the chairs, checking out the doors and so on. In his off hours, Hart reads novels about Jack French, a man who finds himself in dire situations “demanding the kind of exceptional leadership only he can provide.”

The Institute and its surrounding tundra have many eerie qualities, among them an object buried deep in the snow, “something dark [that] glints in the little light that makes it through.” Other distractions are equally perplexing, such as lights that flicker as if in a pattern. Hart feels “a slight static tingle in [his] beard” that “aligns itself with the pulse of the light.” Then one of the chairs shatters.

Adding to the strange ambience is the Institute’s last remaining researcher, the “condescending, pretentious, and often outright batty” Gilroy. All he’ll say about his research is that it can “predict the future of cold,” but Hart suspects Gilroy is holding secrets he won’t share.

The Thing in the Snow gets repetitive at times, but Adams succeeds at building tension while exploring the lengths to which people will go to retain power, the narcissism often embodied by those in leadership positions and the effect of monotony on a person’s memory. Inexplicable phenomena can be devastating to the mind, but as this perceptive novel and any undervalued employee can attest, tedium is just as destructive.

This book was published by an imprint of HarperCollins. More than 250 union employees at HarperCollins have been on strike since November 10, 2022. Click here to learn more about the contract that the HarperCollins Union is seeking or to find out how you can support the strike.