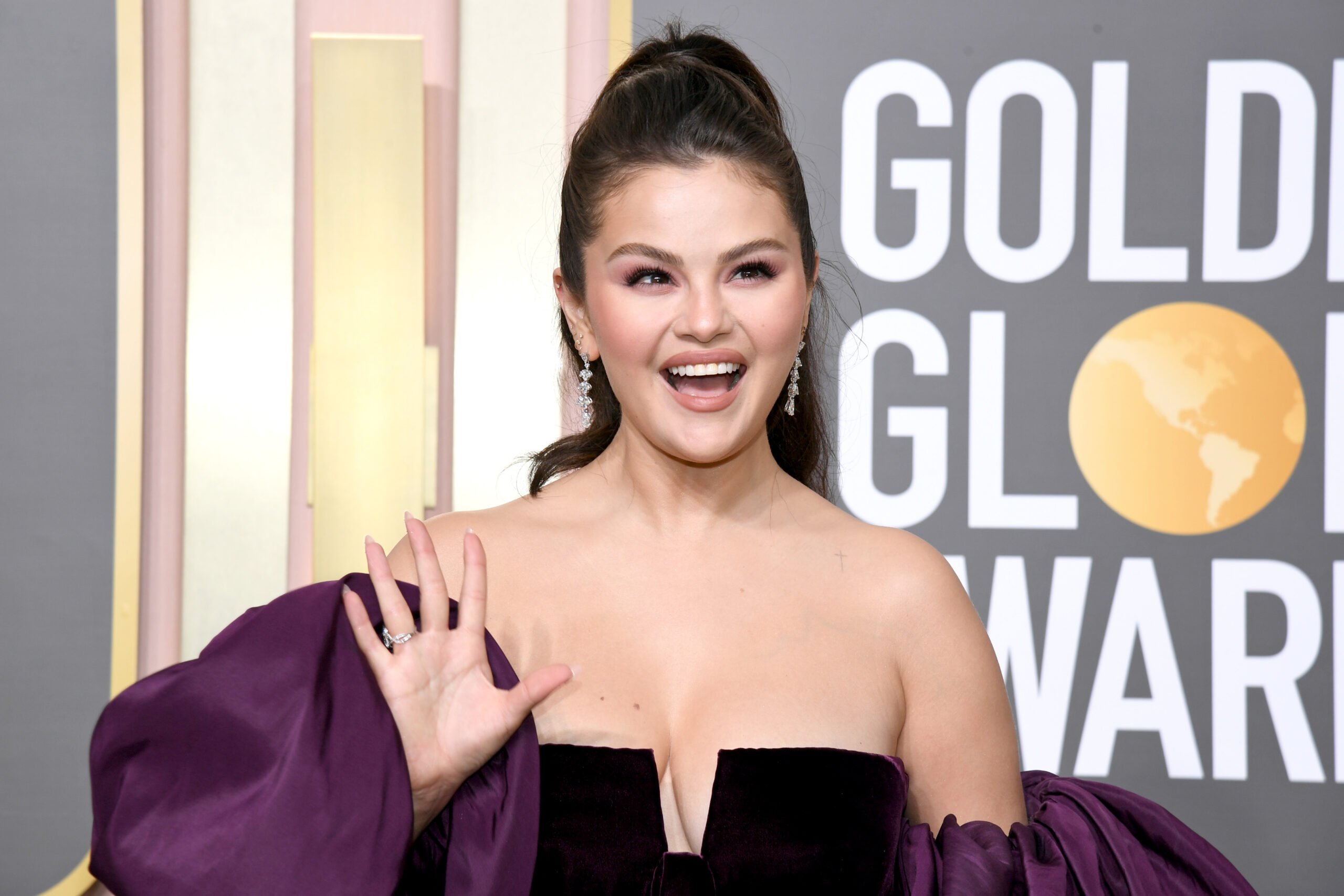 But you’re not about to bring Selena Gomez down.

The Only Murders in the Building actress sadly garnered a number of body-shaming comments on social media after she walked the red carpet at the 2023 Golden Globes on Tuesday, January 10.

She then appeared on Instagram Love with her little sister, Gracie Elliot Teefey, and addressed some obvious recent weight gain.

“I’m a little bit big right now because I enjoyed myself during the holidays,” she said, as seen in a video reshared on TikTok, prior to asking her sibling, “Right?”

As you can see above, Gomez made headlines at the aforementioned event by rocking a Valentino design that featured a velvet column gown with a high-slit and statement puff sleeves with a long train.

We think she looked gorgeous in the ensemble.

To her ever-lasting credit, Gomez has long emphasized the importance of body positivity.

Last month, she responded in candid fashion to a critique of her body that centered on her split years ago from Justin Bieber.

In an Apple TV+ documentary released last year, the singer/actress delved even further into her history of mental health struggles.

We’ve always admired her honesty in this area.

In April 2022, meanwhile, Gomez opened up about being judged over her appearance.

“So I be trying to stay skinny, but I went to Jack in the Box and I got four tacos, three egg rolls, onion rings and a spicy chicken sandwich,” she said on TikTok.

“But honestly, I don’t care about my weight because people bitch about it anyway: ‘You’re too small.’ ‘You’re too big.’ ‘That doesn’t fit.’ ‘Meh meh meh meh.’”

To her critics, she said back then:

“Bitch, I am perfect the way I am. Moral of the story? Bye.”

You most definitely are.

Relatedly, the star has been candid about her tumultuous relationship with social media through the years… even deleting the apps from her phone in 2019 because negative comments left her feeling “depressed.”

However, she’s since re-downloaded the apps, as evidenced by her recent flurry of activity on Instagram and TikTok.