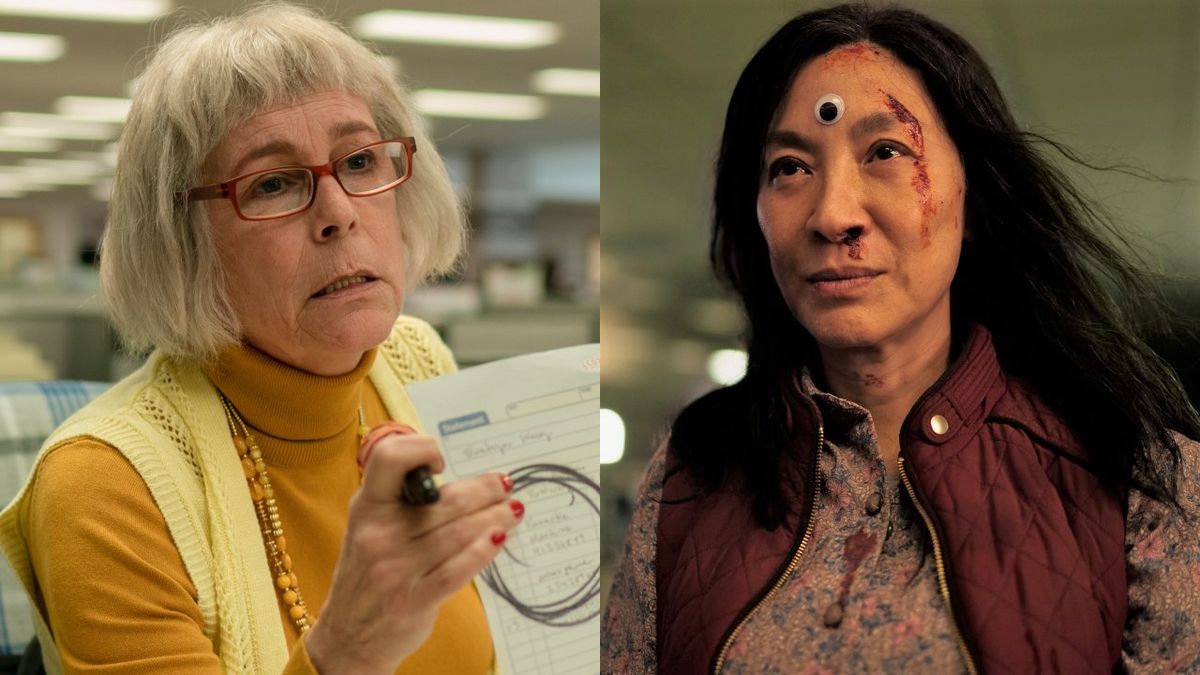 Michelle Yeoh showed that she was confident in her strength, telling Golden Globe producers, “Shut up, please. I can beat you up,” when they tried to play her off stage during her acceptance speech for Best Actress in a Motion Picture Comedy Or Musical. But make no mistake, if Yeoh ever needed someone to have her back, Jamie Lee Curtis is her woman. An image of Curtis’ reaction to her Everything Everywhere All at Once co-star’s win went viral as the epitome of women supporting women, and the Halloween veteran continued the celebratory moment with her own sweet response.

Jamie Lee Curtis became an instant meme for her unbridled elation over Michelle Yeoh’s Best Actress win at the Golden Globe Awards on January 10. Entrepreneur Erin Gallagher even made the moment into a T-shirt, which in turn made its way into the hands of the actress, she said on Instagram:

Jamie Lee Curtis said she loved that the reaction became a symbol of women supporting other women, calling it the “perfect squad goal” for the new year. She also thanked Erin Gallagher for sharing her own anthem of support. In addition to the words on the shirt — “Find your Jamie. Hype their Jamie. Be her Jamie.” — Gallagher shared the following message in her Instagram post advertising the shirt:

She wasn’t the only one inspired by Jamie Lee Curtis’ emotional outburst. Twitter users responded in the moment to what they called the best reaction they’d ever seen:

Some fans became emotional, themselves, watching the veteran actress hug Michelle Yeoh before she made her way to the stage. Jamie Lee Curtis continued to give her a standing ovation as she did so:

jamie lee curtis’ reaction to the announcement of michelle winning is so real😭😭😭 pic.twitter.com/Mrz9eMXOTlJanuary 11, 2023

Others said no explanation was needed to see what the Everything Everywhere All at Once actors were feeling in that beautiful moment that was captured for eternity:

A picture is worth a thousand words. #GoldenGlobes pic.twitter.com/hfkCpvrQsEJanuary 11, 2023

Michelle Yeoh wasn’t the only 2023 Golden Globe winner for Everything Everywhere All at Once — which ranked as one of CinemaBlend’s Top 10 movies of 2022. Ke Huy Quan was also honored with the trophy for Best Supporting Actor. With more awards shows headed our way soon, we’ll have to see what celebrations are in store for the cast. In the meantime, check out how you can stream Everything Everywhere All at Once, and keep an eye on the 2023 Movie Release Schedule, because Yeoh has multiple projects headed our way.

Israeli Public Broadcaster Closure Postponed “Until Further Notice,” Says Benjamin Netanyahu Government
Bad Bunny’s Girlfriend Gabriela Berlingeri: What To Know About Their 5 Year Relationship
‘The Last Of Us’ Recap: Bill & Frank’s Riveting Story Is Revealed As Joel & Ellie Make Their Way To Them
Kate Middleton Spices Up Her Royal Wardrobe in a Plunging Wrap Blazer
Grammys 2023: Will Harry Styles Be There?