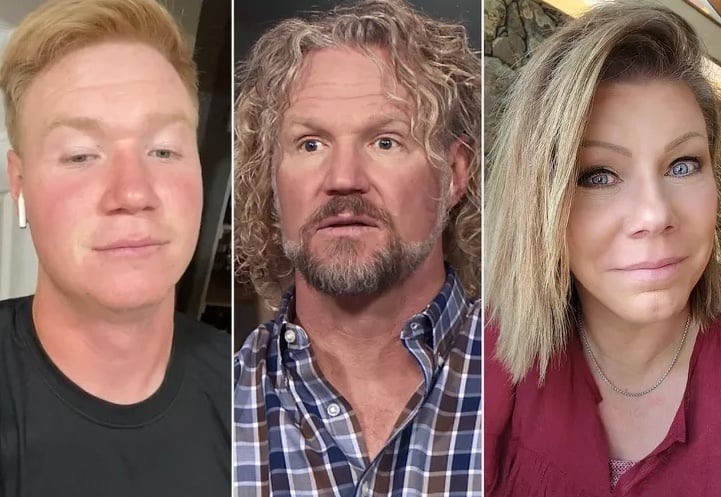 Appearing on a YouTube Live with bloggger John Yates on Wednesday, Christine Brown’s 24-year-old son spoke about Meri after a commenter remarked she seemed “abrasive and kind of mean.”

Paedon didn’t disagree with this assessment.

In fact, he added on to it… in disturbing fashion.

“Abrasive and kind of mean are not strong enough words, they are not aggressive enough words,” Paedon expounded.

“Meri was not nice…

“Abrasive is not enough of a word to explain what Meri was to a few of us children specifically.”

Paedon did not specify his comments further, but they’ve been spreading across the Internet.

It certainly seems here as if Paedon — who has long been very critical of father Kody — is alleging here that Meri was physically abusive toward some of his siblings.

Elsewhere in this Q&A, Paedon pointed to loved one Maddie Brown (the 27-year-old daughter of Kody and Janelle Brown) … who had made similar broad allegations during a 2019 Twitter feud that led to her deleting the account after suggesting Meri was “abusive” and a “monster.”

“I can reiterate what Madison said about Meri,” Paedon said this week.

Was Kody aware of what Meri had reportedly been doing or saying?

Not for a long time, Paedon responded, going on to credit Robyn because she made folks aware of the situation.

“Robyn was in an extremely abusive relationship with her ex,” prior to her marriage to Kody.

“Robyn probably saved several of our lives. Not definitely, but very maybe.”

Before he met and fell for Robyn, Paedon said that Meri was his “number-one wife.”

Paedon declined to go into further comment because Sister Wives is “still a financial option for my parents, for all five of my parents and many of my siblings, so I’m not going to do anything that would hurt the show.”

However, suggested he would say more when the show eventually comes to a conclusion.

“After the last episode of Sister Wives airs, I will dish dirt,” he told Yates.

Meri and Kody, meanwhile, called off their relationship a few days ago.

“After more than a decade of working on our relationship in our own unique ways, we have made the decision to permanently terminate our marriage relationship,” they said via joint statement.

“During this process, we are committed to kindness and respect toward each other and to all members of our family,” concluded the exes today.

“We are also committed to the continued healing of any and all relationships with the family so that we can move forward with forgiveness, grace, and love.”