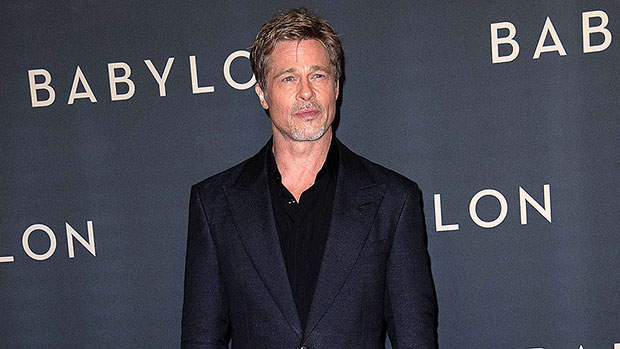 Brad Pitt’s movie star looks came in handy when he arrived at the red carpet for the Paris premiere of his latest flick, Babylon, on Saturday, January 14. The 59-year-old actor stole the spotlight with his short new hairdo and a slick black Tom Ford suit. The event also held appearances by some of Brad’s co-stars from the Damien Chazelle-helmed Hollywood epic, including Li Jun Li and Jovan Adepo.

Brad gave a peek at his shorter locks during last week’s Golden Globes, and it definitely went over well with fans. However, they may have been a bit disappointed that they didn’t get a peek at his new girlfriend, Ines de Ramon! A red carpet-debut by the red-hot couple wasn’t a far-fetched notion, as they had just shared a romantic New Year’s Eve getaway to Mexico. With Brad showing up solo in Paris, the stan dreams were quickly dashed unfortunately.

Speaking of their Mexico getaway, the couple narrowly missed a run-in with Brad’s ex-wife Jennifer Aniston! The Oscar winner, 59, and the Friends alum, 52, who were one of the most iconic couples before they divorced in 2005, were spotted arriving at the LAX around the same time on Thursday, January 5. Brad was accompanied by his Ines, while Jennifer said adieu to her A-list traveling companions, Jason Bateman and Jimmy Kimmel.

As fans know, the former golden couple married on July 29, 2000 and divorced five years later, with Brad dating and marrying actress Angelina Jolie shortly after the split, which, of course, raised eyebrows. Brad and Angelina shared six children before they separated in 2016. Jennifer eventually moved on with actor Justin Theroux, whom she was married to from 2015 to 2017.

Meanwhile, Brad and Ines have been going from strength to strength after they first linked in November. Since then, they have been spotted on a date for his birthday and, of course, New Year’s Eve in Cabo San Lucas. Ines was married to Vampire Diaries actor Paul Wesley, but they officially separated in Sept. 2022 after three years together.