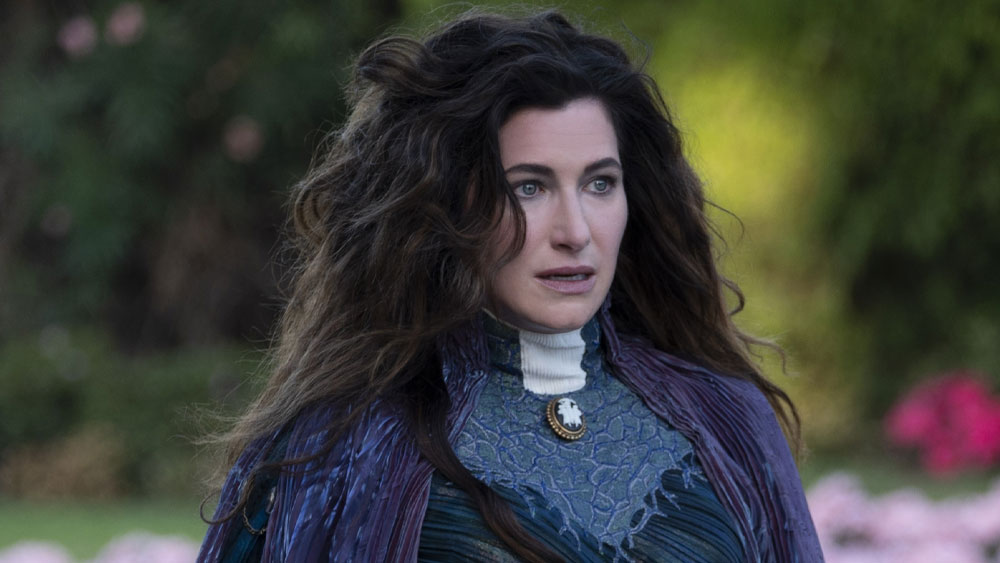 Kathryn Hahn is reprising her WandaVision role in the Disney+ spinoff series Agatha: Coven of Chaos and is teasing that there could be “a little song here or there.”

Viewers of the Marvel series will remember that when Agnes was revealed to be the sorceress Agatha in the WandaVision series it was through a song that became a viral hit. With the recent casting of Patti LuPone, many wondered if there could be a musical number in the spinoff series.

“Um, her costumes and her nails. They’re fabulous,” Hahn told TV Line. “And who knows, there may be a little song here or there… but no one is saying anything about that — certainly not me!”

Back in 2021, Hahn talked about the song “Agatha All Along” saying that she always knew her character would have a theme song.

“I knew I was going to have a theme song, but I actually didn’t know I was going to be singing it until we were midway through shooting it and they were like, ‘Oh, we’re going to need you to sing,’” she told Nylon. “I was like, ‘Great,’ but I had zero expectations that it was going to be the thing that would pop out. I was like, ‘Wait, what?’ It was really like it was [happening on] a different planet — it was like another us or another me, just this other thing that was happening. Someone was like, ‘You topped the Biebs!’ And I was like, ‘What are you talking about?’ The whole thing was so very, very surreal.”

Riley Keough Has Been ‘So Good’ With Twin Sisters After Lisa Marie’s Death, Her Uncle Reveals
Turns Out We Can Thank Teenagers For Why M3GAN Wasn’t ‘Way Gorier’
Spike Lee To Receive BFI Fellowship
Cindy Williams’ Kids: Everything To Know About The ‘Laverne & Shirley’ Star’s Children
The Blacklist to End With Season 10