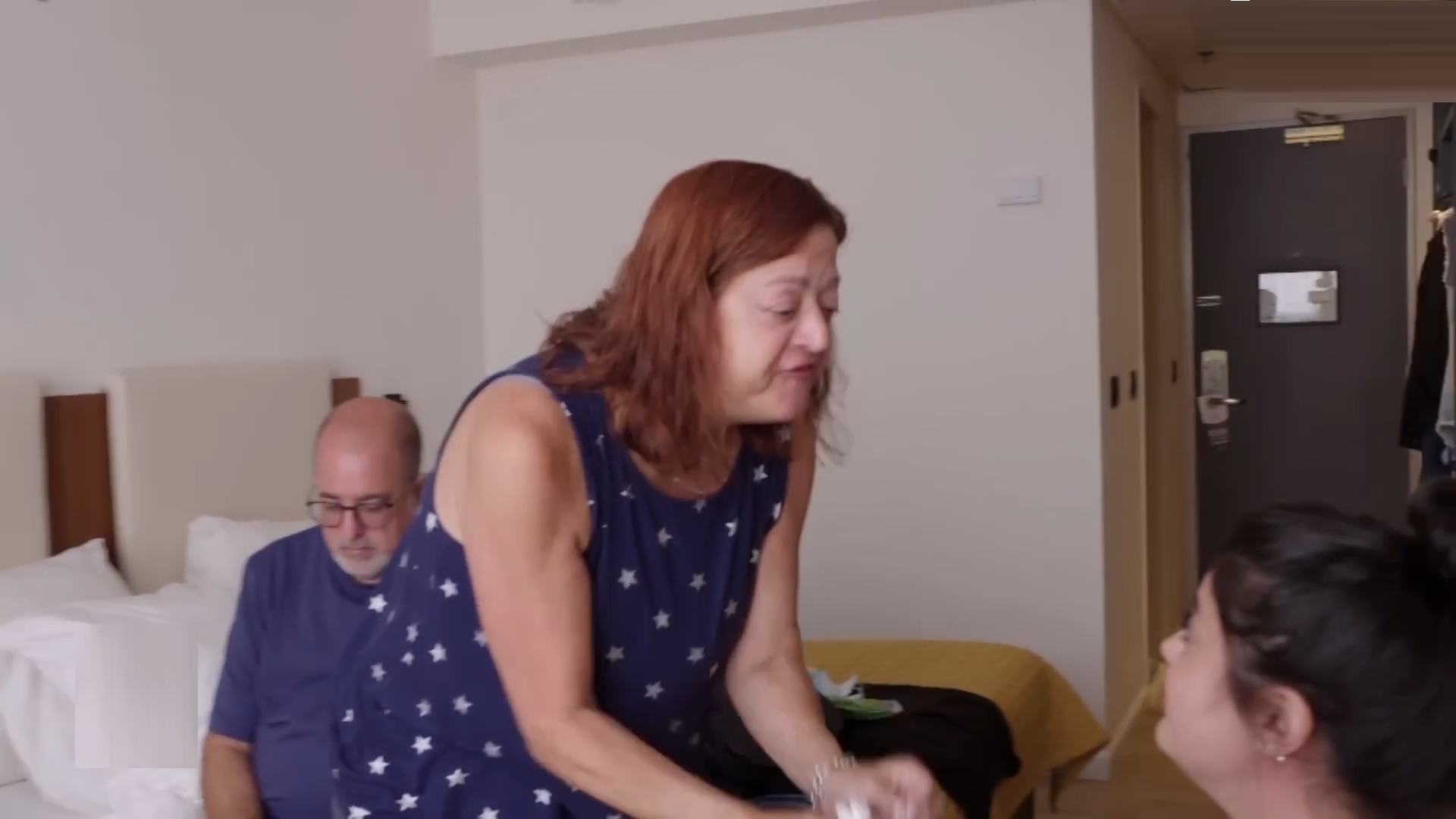 As Loren & Alexei: After The 90 Days viewers have seen, Loren Brovarnik’s parents are not taking things well.

It is more than understandable for grandparents to worry about their children and grandbabies spending years in another country.

What is not normal or acceptable is the degree to which Loren’s mom is protesting. This time, she crosses a line.

Loren’s mother threatens to hit her — all but admitting that, were producers not watching, she might have. Watch the sneak peek clip below!

Marlene and Bryan have been against the idea of Loren and Alexei moving to Israel from the start.

The Brovarniks have discussed living there for a few years while the kids are little, and then moving back to the US.

On the one hand, they’re not talking about staying long enough for Shai to be pressed into the IDF or sent to prison for refusing. On the other, it’s a long time — for a little kid or for a grandparent.

But Marlene and Bryan’s objections have grown increasingly hostile over time.

On next week’s episode, Marlene blows a gasket.

As you can see in the video below, Marlene threatens her pregnant daughter with physical violence during a heated altercation.

The context for this dispute is that Loren is chatting alone with her parents. This apparently takes place after an ugly discussion with Alexei’s family.

Bryan is looking awkward and silent during this exchange. Marlene is speaking loudly enough for both of them.

Both women accuse the other of being disrespectful. Honestly, they may both be right — but only one of them crosses the line.

Loren accuses her mother of having specifically been to Alexei and to his relatives.

She also worries that her mother is clearly underestimating her as a person.

According to her, Marlene has been telling people that Loren is utterly incapable of moving to Israel with her small children.

Marlene heatedly disputes that characterization of her words.

It sounds like Loren also feels like Marlene insulted Alexei’s parents and their homeland when discussing things with them.

After a while, Marlene’s anger is clearly boiling over, and she demands that Loren simply “shut the f–k up.”

She gets right up in Loren’s face and threatens to hit her.

“If I didn’t have a room full of people, I’d probably slap you in the face because you’re disrespectful — to your mother,” Marlene hisses.

She then spits: “You know what? You don’t talk to anyone else like that.”

Marlene does not even stop there, but doubles down on why she believes that Loren would struggle after moving.

She says that Loren complains to her about how Alexei will leave her with the kids while he goes off on his own to fish or whatever.

None of them properly address the violent threat. Empty words or not, it was unacceptable.

She then addresses her dad, remarking: “Talk about a hypocrite.”

And she quips: “Enjoy your trip. That was in-f–king-sane.”