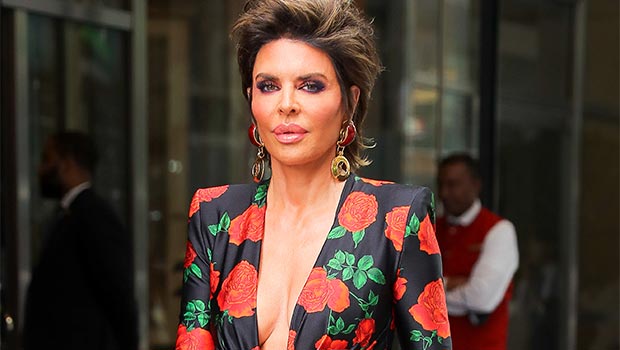 Now that Lisa Rinna has made it clear she’s not returning to The Real Housewives of Beverly Hills, she’s got a thing or two to say about why. “I think everything Housewives has to go away for a while, which is good,” the reality TV icon, 59, told Interview for an article published January 13. “I don’t need to hang out with anybody.”

Lisa further clarified that the time away from the franchise was not what she’d term a “pause.” “It’s time for a break,” she said. “Not a pause, I don’t go on pause. You don’t put me on pause. I go bye-bye. You know what I’m saying?” By way of explanation, Lisa said in a statement given to HollywoodLife (and originally provided to PEOPLE) on January 5 that she’d be leaving the series after no fewer than eight seasons.

“This is the longest job I have held in my 35-year career and I am grateful to everyone at Bravo and all those involved in the series.  It has been a fun 8-year run and I am excited for what is to come!’” Lisa’s contract expired at the end of the previous season; she and Bravo “mutually decided” that she would sit out the next season (13, for those who are counting), according to the TV personality. A confluence of events seem to have occurred to push Lisa to the dramatic decision, but it did seem to come to a head with castmate Kathy Hilton called Lisa “the biggest bully in Hollywood.”

Things devolved from there, with fans even booing her at BravoCon in October. Ever the reality TV star, she flipped them off. Lisa also struggled to deal with the death of her mother Lois Rinna in November 2021. “I had a rough year,” she admitted to the outlet. “I never think, ‘Oh wow. It’s just such a rough year, and I’ll never be able to handle it again.’ I can always come back and handle something. But something has gotten to the Housewife Universe because of what’s going on in the world, and it’s reflected in the way the fans react to the world of Housewives. And I just think it’s unhealthy. It wasn’t working for me. It wasn’t right for me.”

At least one castmate has her back, however. When asked about Lisa’s departure by TMZ, Erika Jayne didn’t mince words. “They can’t [replace her]. She’s the GOAT. She’s the f****** GOAT,” she said on Friday, January 6.