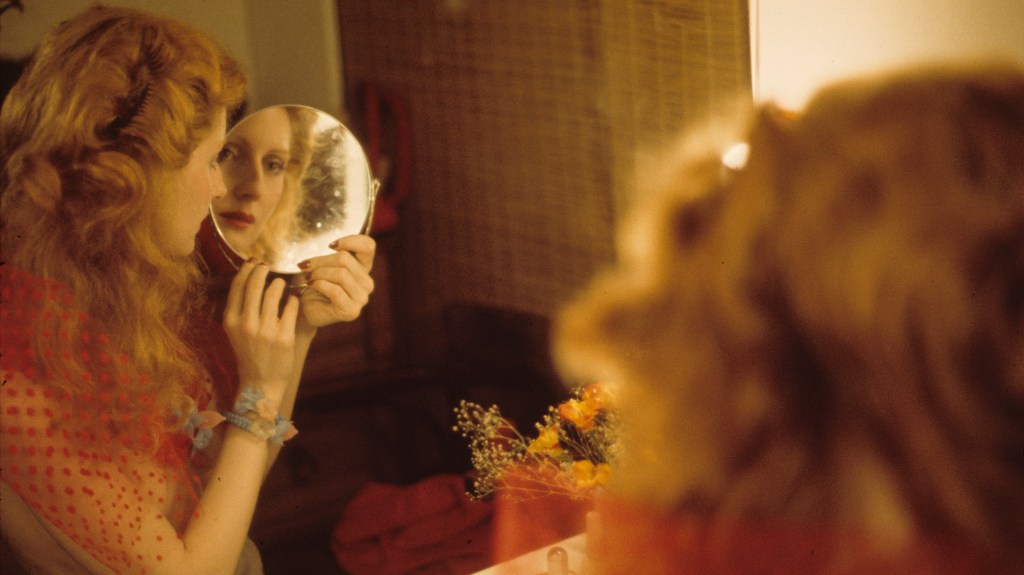 EXCLUSIVE: Award-winning actress Dakota Johnson and her producing partner at TeaTime Pictures, Ro Donnelly, have joined The Disappearance of Shere Hite as executive producers ahead of the documentary’s world premiere at the Sundance Film Festival.

Johnson also is featured as the voice of Hite in the film about the renowned sex researcher and author of The Hite Report, the mega-bestseller published in 1976 that “liberated the female orgasm by revealing the most private experiences of thousands of anonymous survey respondents.” Oscar-nominated filmmaker Nicole Newnham (Crip Camp) directed the documentary, which premieres Friday, January 20 in U.S. Documentary Competition.

Hite, who died in 2020 at the age of 77, spent the last decades of her life living in Europe, having been subjected to relentless attack by conservatives in the U.S. upset by her work that “challenged restrictive conceptions of sex and opened a dialogue in popular culture around women’s pleasure.”

A description of the film adds, “Hite… became the public messenger of women’s secret confessions. With each subsequent bestseller, she engaged television titans in unforgettably explicit debates about sexuality while suffering the backlash her controversial findings provoked. But few remember Shere Hite today. What led to her erasure?”

Johnson, whose credits include Cha Cha Real Smooth and the Fifty Shades of Grey trilogy, commented, “The opportunity to come on board to not only be the voice of, but also support and amplify the stunning work and message of the formidable Shere Hite was a no brainer. We couldn’t think of a better time for her story to be told.”

For the documentary, Newnham gained access to Hite’s archives, personal journals and original responses to the researcher’s sex surveys.

“I am honored and thrilled that Dakota agreed to partner with us on the film and to be the voice of Shere Hite, drawn from Shere’s words and writings,” Newnham said in a statement. “Dakota’s affinity for Hite — as an artist, a woman, and a feminist herself — enables her to brilliantly imbue the film with the startling mix of revolutionary bravery, preternatural perspective, fragility, femininity and strength that we were drawn to in Shere. Hearing her performance in the film brought everything together, and quite simply took my breath away.”

NBC News Studios originated the documentary project after reading the New York Times obituary for Hite. The studio brought in Newnham as director and together they partnered on the project with This Machine, the production company founded by R.J. Cutler. Producers of the film are Molly O’Brien and Kimberley Ferdinando for NBC News Studios and Cutler, Elise Pearlstein and Trevor Smith for This Machine. The Disappearance of Shere Hite is an acquisition title at Sundance.

“Dakota and TeaTime are the perfect partners to help introduce Shere Hite’s legacy and revolutionary work on female sexuality to a new generation,” This Machine said in a statement. “This Machine is honored to partner with them and NBC News Studios on Nicole Newnham’s beautiful and important film, particularly at this critical moment in the ongoing struggle for gender equality.”

NBC News Studios said, “When [we] first launched development on this film, we were excited to bring on the brilliant Nicole Newnham to dive into our exclusive footage of Shere Hite and our vast contextual archive of the time. We couldn’t have imagined a more striking voice for the film than Dakota Johnson; and we’re thrilled to work with TeaTime and our partners at This Machine to illuminate Shere’s life and her singular body of work.”

Johnson will next be seen starring in Sony’s Madame Web. She recently wrapped work on Daddio, starring opposite Sean Penn, which Johnson also produces.

The Hite Report has been translated into dozens of languages and has sold 50 million copies, making it one of the top 30 bestselling books of all time, according to Newsweek. Hite published eight books in all, including 1994’s The Hite Report on the Family: Growing Up Under Patriarchy.

New Jesmyn Ward Novel LET US DESCEND Coming in October
Italian Rockstars ‘Maneskin’ Are A New Breed of Heavy Metal, Taking Charge with ‘Gossip’
Tyre Nichols: 5 Things To Know About Him & His Death After Memphis Police Encounter
‘Winnie the Pooh: Blood and Honey’ Sequel Already Teased With Poster Art
‘This Violent Act Was Not In Pursuit of Public Safety’: Kamala Harris Speaks Out at Tyre Nichols’ Funeral