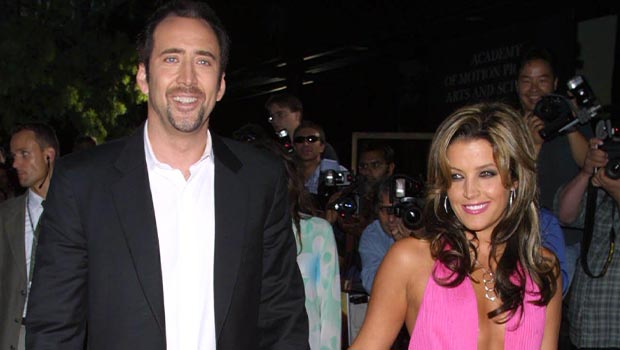 Following the tragic passing of Elvis Presley‘s daughter, Lisa Marie Presley on Jan. 12, 2023, the singer’s ex-husband, Nicolas Cage, 59, reacted to his ex’s death. “This is devastating news. Lisa had the greatest laugh of anyone I ever met. She lit up every room, and I am heartbroken. I find some solace believing she is reunited with her son Benjamin,” he said in a statement to The Hollywood Reporter.

Lisa’s mom, Priscilla Presley, 77, released a statement confirming her daughter’s death on Jan. 12. “It is with a heavy heart that I must share the devastating news that my beautiful daughter Lisa Marie has left us,” Elvis’ former wife confirmed in a statement to AP. “She was the most passionate strong and loving woman I have ever known. We ask for privacy as we try to deal with this profound loss. Thank you for the love and prayers. At this time there will be no further comment,” she also said.

Later, Priscilla’s rep sent a separate statement via email to HollywoodLife regarding the somber news. “Priscilla Presley and the Presley family are shocked and devastated by the tragic death of their beloved Lisa Marie. They are profoundly grateful for the support, love and prayers of everyone, and ask for privacy during this very difficult time,” the statement read. Lisa’s untimely passing occurred just two days after she and her mother attended the 80th Annual Golden Globe Awards to support Elvis star Austin Butler, 31.

Nicolas and Lisa were previously married from 2002 until their divorce in 2004. The National Treasure star was Lisa’s third husband and although their marriage did not last, it’s clear per his statement above that he still thought fondly of her following their split. The late “Dirty Laundry” hitmaker and Nicolas did not welcome any children together during their romance, however, the beauty did go on to welcome four kids of her own with two of her other ex-husbands.

Aside from her two-year marriage to the 59-year-old, Lisa was previously married to a couple of other public figures. The only daughter of the late Elvis was first married to musician Danny Keough from 1988 until they parted ways in 1994. During their marriage, Lisa and Danny welcomed two kids: her late son Benjamin Keough, who died in July 2020, and daughter Riley Keough, 33. Her second marriage was to the late pop music legend Michael Jackson, who she married in 1994. MJ and Lisa did not stay married for long, as the duo called it quits and divorced in 1996.

Finally, Lisa’s longest marriage was to guitarist Michael Lockwood, 61, who she was married to from 2006 until their 2016 divorce. It was with Michael that she welcomed her last two children – twin daughters: Finley and Harper, 14. At the time of Lisa’s hospitalization hours before her death, Michael released a statement wishing her the best. In a statement to Us Weekly magazine, an attorney for Michael — shared that he “hopes and prays that she gets better as soon as possible so they can do the best for their children.”

Michael Jackson’s Wife: Everything To Know About His 2 Marriages To Debbie Rowe & Lisa Marie Presley