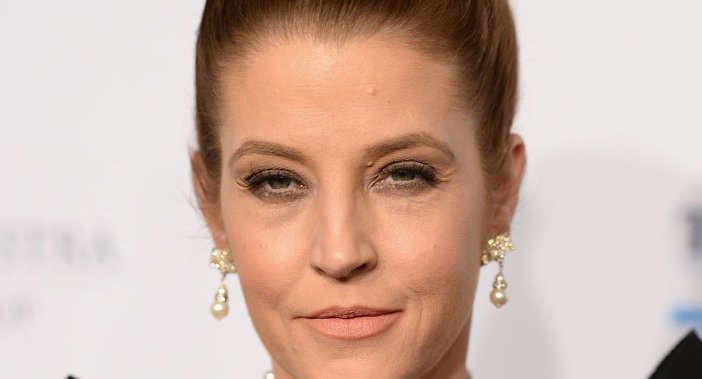 Lisa Marie Presley, singer and only child of Elvis, has died at 54 after being hospitalized for cardiac arrest, her mother Priscilla Presley said.

“It is with a heavy heart that I must share the devastating news that my beautiful daughter Lisa Marie has left us,” Priscilla Presley said in a statement Thursday evening.  “She was the most passionate, strong and loving woman I have ever known.”

Presley was taken to hospital Thursday after suffering full cardiac arrest, multiple news outlets are reporting. Presley’s mother, Pricilla Presley, also confirmed she was in the hospital and receiving care.

My beloved daughter Lisa Marie was rushed to the hospital. She is now receiving the best care. Please keep her and our family in your prayers. We feel the prayers from around the world, and ask for privacy during this time.
-Priscilla Presley pic.twitter.com/j5oNfNMYJx

A police spokesperson told Entertainment Tonight that police were called to Presley’s Los Angeles home Thursday morning. When they arrived, they found paramedics working on Presley, 54, who was experiencing cardiac arrest.

The spokesperson confirmed that paramedics were able to help Presley regain a pulse before she was taken to a nearby hospital.

Golden Globes 2023 — All the best, most dazzling looks from the red carpet

According to Craig Little, a spokesperson for the Los Angeles Fire Department, paramedics were dispatched to a Calabasas home at 10:37 a.m. following the report of a woman in full cardiac arrest. Property records indicate Presley was a resident at that address.

Paramedics arrived about six minutes later and Presley was taken by ambulance to the hospital, Little said. Her condition was not immediately available.

The city of Calabasas is nestled between the foothills of the Santa Monica and Santa Susanna mountains about 50 kilometres northwest of downtown Los Angeles.

Her condition remains unclear and a rep for Presley told Deadline they have “no comment at this time.”

The songwriter’s health emergency comes just two days after Presley – the daughter of Priscilla Presley and the late Elvis Presley – attended the Golden Globe Awards to watch Austin Butler win the award for Best Performance in a Motion Picture (Drama) for his role as the late King of Rock ‘n’ Roll.

She praised the actor’s portrayal, telling ET that after watching the biopic, “I didn’t really know what to do with myself.”

“I had to take, like, five days to process it because it was so incredible and so spot-on and just so authentic that, yeah, I can’t even describe what it meant.”

Just days before that, she was in Memphis, Tennessee, at Graceland — the mansion where Elvis lived — to celebrate her father’s birth anniversary on Jan. 8.

Presley had recently penned an essay published in People about “the horrific reality” of her grief following her son Benjamin Keough’s death by suicide in 2020. Presley is also the mother of actor Riley Keough and twin daughters.

“I’ve dealt with death, grief and loss since the age of 9 years old. I’ve had more than anyone’s fair share of it in my lifetime and somehow, I’ve made it this far,” she wrote in August.

Presley released her own rock albums in the 2000s and appeared on stage with celebrities like Pat Benatar and Richard Hawley during her musical career.

She also formed direct musical ties with her father, joining her voice to such Elvis recordings as “Don’t Cry Daddy,” a mournful ballad which had reminded him of the early death of his mother — and Lisa Marie’s grandmother — Gladys Presley.

When Elvis died at the age of 42 in August 1977, Lisa Marie was nine years old. She was staying Graceland at the time and would recall him kissing her goodnight hours before he would collapse and never recover. When she next saw him, the following day, he was lying face down in the bathroom.

“I just had a feeling,” she told Rolling Stone in 2003. “He wasn’t doing well. All I know is I had it (a feeling), and it happened. I was obsessed with death at a very early age.”

After her father died, Lisa Marie became the sole heir of the Elvis Presley Trust. Along with Elvis Presley Enterprises, the trust managed Graceland and other assets until she sold her majority interest in 2005. She retained ownership of Graceland Mansion itself, the 13 acres around it and items inside the home. Her son is buried there, along with her father and other members of the Presley family.

Lisa Marie and her mother would often make regular trips to Graceland during huge fan celebrations on the anniversaries of Elvis’ death and birthday.

One of the two airplanes at Graceland is also named Lisa Marie.

Lisa Marie would later make headlines of her own. Struggles with drugs and some very public marriages. Her four husbands included Michael Jackson and Nicolas Cage.

Lisa Marie also became involved in numerous humanitarian causes, from anti-poverty programs administered through the Elvis Presley Charitable Foundation to relief efforts after Hurricane Katrina. She would receive formal citations from New Orleans and Memphis, Tennessee for her work.

— with files from The Associated Press