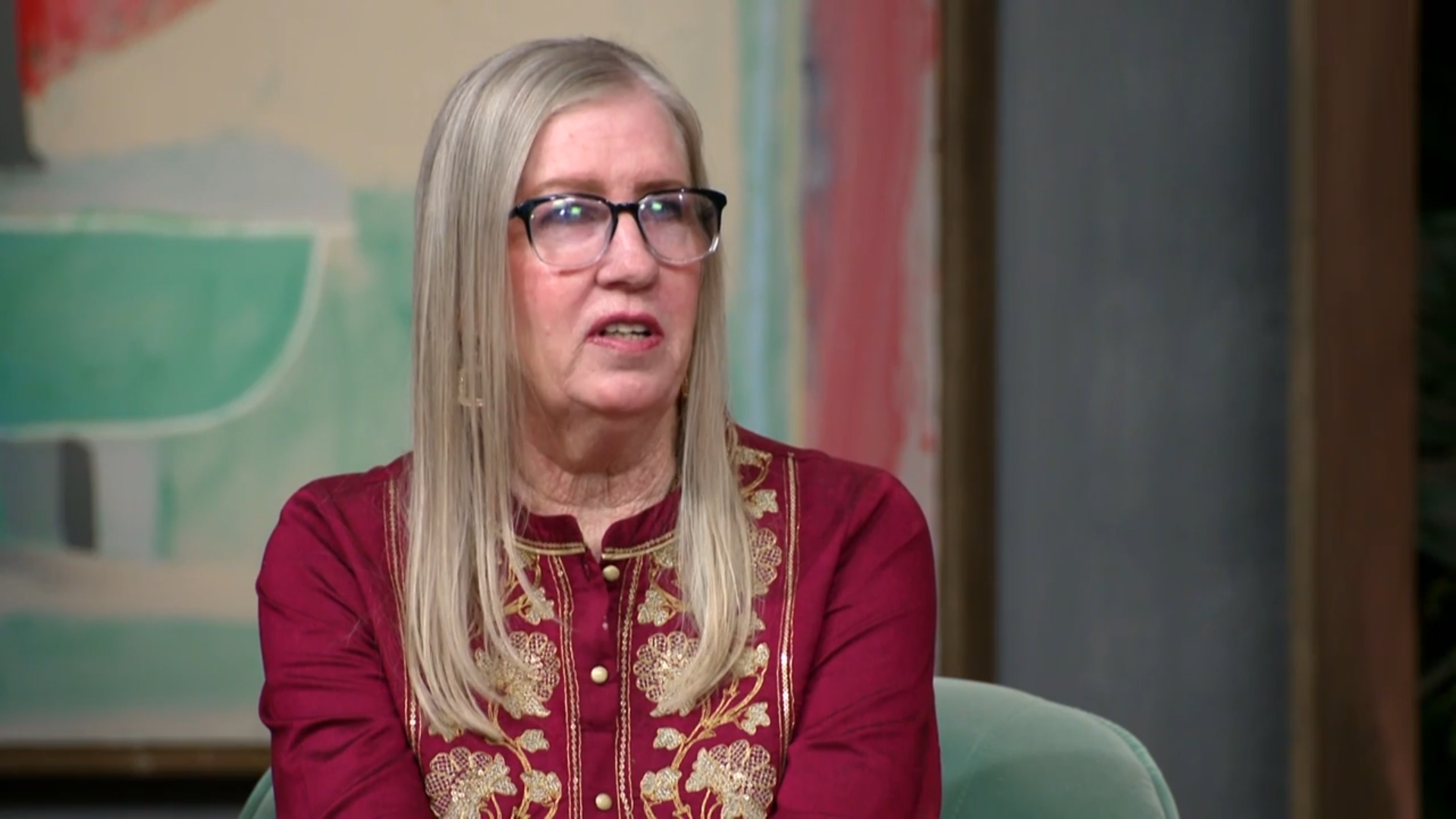 As we have seen during the 90 Day Fiance: Happily Ever After? Season 7 Tell All, Jenny Slatten has major decisions to make.

She and Sumit Singh are happily married. But many of the obstacles that existed before they married have not gone away.

The rejection and pressure from Sumit’s toxic relatives is enough that Jenny is contemplating a move to the US.

At the Tell All, Jenny updates everyone on where things stand. And Sumit’s family is there to weigh in.

For three seasons, Jenny Slatten and Sumit Singh were staples of 90 Day Fiance: The Other Way.

Now, they are married and have made the leap to 90 Day Fiance: Happily Ever After?

As they debate a possible move to the United States, rejection from his family remains a driving force. And that is only an issue because Sumit is so desperately hung up on familial approval.

On Sunday, January 15, 90 Day Fiance: Happily Ever After? viewers will get to see the Tell All Part 3.

During Part 3, we will see Jenny — who is actually on the Tell All stage this time — and Sumit (participating remotely) speak to Sumit’s family.

Anil, Shree, and Amit are his father, sister-in-law, and brother (respectively). They also participate remotely.

When Sumit affirms hat he is “never gonna give up” on winning his family’s acceptance, he receives good news. Sort of.

“Sumit and Jenny have blessings from me,” Anil claims during Part 3. “They have already married each other.”

As if helpless, he then asks: “What can I, what can we do? This is their happiness. We have to accept.”

Anil adds: “We are happy with the happiness of our son. Jenny and Sumit both have blessings from me.”

“We don’t want to ruin their marriage and obviously on that aspect, we have accepted Jenny,” Shree chimed in.

Obviously, “on that aspect” is doing some heavy lifting in that statement.

This was when Shree went on to note that Sumit’s mother, Sahna, is still “not accepting” of Jenny.

Anil lamented that they “cannot change her mindset.”

He went on to warn that “she will not accept the relationship.”

Not now and, he believes, not ever.

With that in mind, the family explained that Jenny remains unwelcome at gatherings of the family.

Simply put, fairly or unfairly (to be clear, it’s unfairly), Sumit’s mom does not wish to see her. So that’s a dealbreaker.

To the surprise of many fans, Jenny is extremely chill about this new status quo.

“I’m really OK with that because she doesn’t feel comfortable with me and it makes me feel uncomfortable, too,” Jenny says.

Very reasonably, she adds: “So, I’d rather just stay home where I’m safe.”

Sumit admits that he plans to continue to attend family gatherings without his wife. Many spouses would not, but this is apparently what works for them.