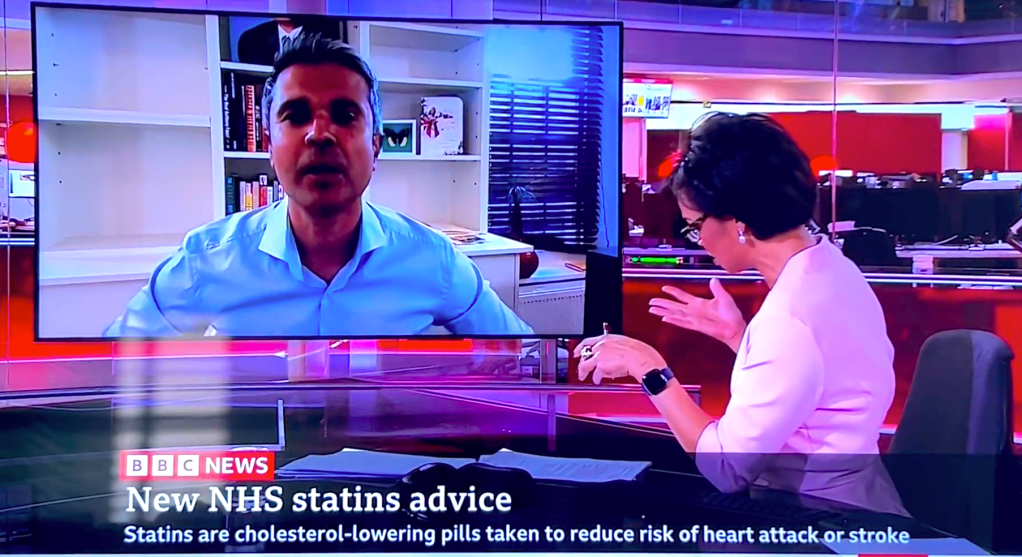 The BBC has stoked controversy after giving a virtually unchallenged platform to a COVID jab critic on its rolling news channel.

The UK broadcaster interviewed Dr Aseem Malhotra about a cholesterol medication story on Friday morning, but the vaccine sceptic hijacked the conversation to fan conspiracies about COVID shots. The exhange is going viral in anti-vax circles on social media.

He told BBC presenter Lukwesa Burak that his research had shown that coronavirus vaccines “carry a cardiovascular risk.” He said they had contributed to 30,000 excess deaths involving heart disease in the UK since the pandemic began.

“That’s been proven medically, has it?” Burak asked.

Malhotra replied that there is “lots of data” to support his claim. “The vaccine has certainly helped people who are high risk, but now we should be reasssured that [the] Omicron circulating is really no worse than the flu. This is really time to pause the vaccine rollout,” he added.

Burak did not challenge further. Malhotra’s research has been debunked by Health Feedback, a World Health Organization-backed group that verifies scientific claims made about vaccine safety in the media. Numerous studies have shown vaccines are safe and effective.

The British Heart Foundation has blamed excess deaths on “extreme heart care disruption” in the UK amid a crisis in the National Health Service.

Malhotra celebrated the interview on Twitter, claiming to have broken into the “mainstream media” with his argument that Covid vaccines should be suspended pending further investigation. His video was viewed more than 800,000 times in under four hours.

The interview quickly drew praise from prominent anti-vaxxers, most notably Andrew Bridgen, a British lawmaker who was suspended by the ruling Conservative Party for comparing Covid jabs to the Holocaust earlier this week.

Nigel Farage, an ally of Donald Trump and presenter on right-leaning GB News, said: “This is significant, watch this clip … On the BBC, of all places, a demand for a real investigation into whether vaccine harms are contributing to excess deaths.”

BBC insiders have resonded rather differently. One told Deadline that the interview was an “utter horror” and blamed the exchange on output being underfunded.

Medical experts slammed the BBC. Alastair McAlpine, an infectious diseases pediatrician, tweeted: “The BBC failed epically. Being antivaxx is literally this guy’s entire schtick. They should be so embarrassed.”

Dr David Robert Grimes said: “So @BBCNews invited Aseem Malhotra on about statins, & he went rogue with disinformation on COVID vaccines. That was predictable & a damning failure of due diligence. Now he’s bragging about mainstream exposure, a harmful victory for false balance. Do better, #BBC – disappointing.”