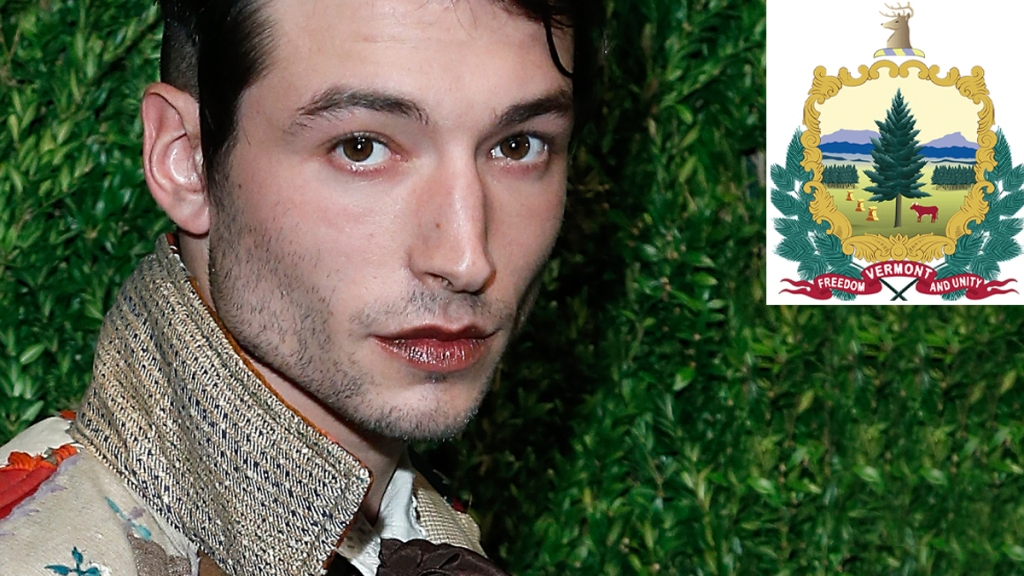 After pleading not guilty to felony burglary charges back in October, The Flash star Ezra Miller has entered a guilty plea for a lesser charge of trespassing after being accused of stealing three bottles of liquor – gin, vodka and rum — from the pantry of Stamford, VT, neighbor Isaac Winokur on May 1.

Miller’s change-of-plea hearing is this Friday.

The actor, who is repped by attorney Lisa B. Shelkrot, has submitted a Notice of Plea Agreement with the Vermont Superior Court’s Criminal Division to have Counts 1 and 2 of burglary and petit larceny waived.

You can read the document here.

Under the Count 3 of trespassing, Miller would be forced to pay a penalty of $692. Vermont’s penalty for such a crime is to be “imprisoned not more than 3 months or fined not more than $500.00 or both.” Miller’s base fine comes with a surcharge of $192.

Miller, whose Flash movie arrives in theaters on June 16, had quite a 2022. The actor has had dust-ups, and other questionable actions from the Aloha State to Vermont to Iceland to Germany. A video went viral of Miller apparently choking a female patron of a Reykjavik bar last spring, which led to no arrest or charges. Miller was hauled in twice in Hawaii, for disorderly conduct in a karaoke bar and a second-degree assault throwing a chair at a 26-year-old woman during a private gathering in Pāhoa. In addition to the Hawaii and Vermont charges, 30-year-old Miller also has faced allegations of sexual abuse. There also was the matter of the temporary harassment prevention order they were subject to last year from a 12-year-old and a mother in Greenfield, MA, after they claimed the actor menaced them.

Perhaps most damningly, the parents of now 18-year-old Tokata Iron Eyes filed for a protection order against Miller in June. The parents accused the actor of grooming and brainwashing the minor when she was as young as 12 and plying her with alcohol and drugs such as pot and LSD in 2021.

Miller reportedly had a successful sit-down in the fall with Warner Bros. motion picture chairs Michael De Luca and Pamela Abdy to apologize for all the legal and media spotlight their behavior caused. It has not been decided yet by new DC bosses James Gunn and Peter Safran what the future of The Flash is. Deadline has heard from sources who’ve attended test screenings that the movie is as riveting as last year’s billion-dollar smash Spider-Man: No Way Home in its multiverse approach.

In August, Miller released a statement admitting “having recently gone through a time of intense crisis, I now understand that I am suffering complex mental health issues and have begun ongoing treatment.”

“I want to apologize to everyone that I have alarmed and upset with my past behavior,” they added. “I am committed to doing the necessary work to get back to a healthy, safe and productive stage in my life.”

Billy Packer Dies: College Basketball Announcer Part Of 34 Final Fours Was 82
It’s More Dangerous to Be Pregnant in Post-Roe America
‘The Last of Us’ Renewed For Season 2 At HBO
Drew Barrymore Pokes Fun at Leonardo DiCaprio’s Bad Boy Reputation
The Simple Yet Remarkable Feat of the Best Picture-Nominated Women Talking