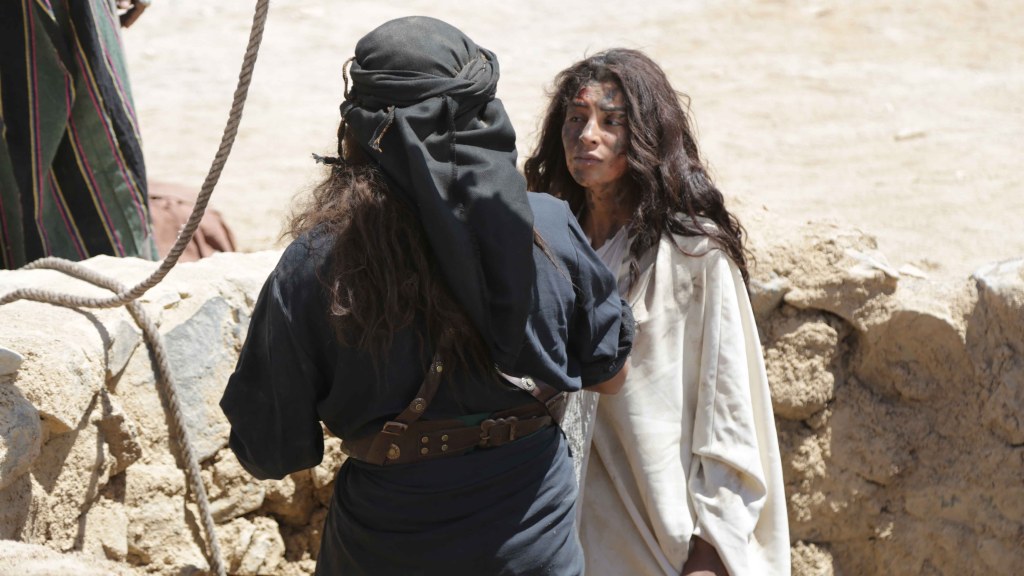 Middle Eastern streamer Shahid has launched Period Market, a landmark period drama featuring a global cast from across EMEA, filmed in more than 100 locations .The show, which comes from Kuwaiti writer Heba Mashari Hamada and Tunisian director Lassaad Oueslat, tells five stories taking place simultaneously in different parts of the world that differ in detail but intersect as each protagonist falls into slavery. The multi-national cast includes Fayez Bin Jurays, Apeksha Porwal, Al Anoud Saud and Janique Charles. Shahid owner MBC said Period Market was filmed across more than 100 locations with 70 main cast members and more than 17,000 extras. It is another demonstration of the region’s dedication to major TV landmarks. Saudi Arabia now has a tax break in place and is working on other big-budget offerings such as fantasy series Rise of the Witches.

EXCLUSIVE: VX outfit Alkemy X has expanded to Canada, opening an office in Vancouver headed up by Emmy-nominated head of 2D Michael Porterfield. Alkemy X said the move reflects a “drastic uptick” in demand for VFX work for streaming and feature films. Porterfield, who joined the 40-year-old outfit in mid-2022 having worked on the likes of Netflix’s Don’t Look Up and Apple TV+’s Lisey’s Story, will lead the Vancouver team, with Los Angeles-based Executive Creative Director Jep Hill, Executive Producer Mark Miller and Head of Production Ben Benedetti overseeing overall creative direction and growth. “The West Coast has been a key area of growth for our powerhouse visual effects team over the past two years, and with Vancouver continuing to grow as a major foothold for post production, this was a natural next step for our growing VFX division,” said Alkemy X President and CEO Justin Wineburgh.

BBC Swoops For U.S. Version Of ‘The Traitors’

The BBC has acquired the U.S. version of The Traitors. The show, which launched earlier this week on Peacock after the UK version became a runaway success, lands as an iPlayer boxset today. In The Traitors, a group of people head to a Scottish castle where the ‘faithfuls’ have to root out the ‘traitors’ in order to win a big cash prize of up to $250,000. The UK version has been streamed more than 28M times on iPlayer, according to the BBC, and quickly gained a cult following. The U.S. version of the original Dutch format features some celebrities alongside non-celebrities and is hosted by Alan Cumming. All3Media International struck the deal with Peacock owner NBCUniversal.

Blue Ant Media has promoted streamer Love Nature’s General Manager Carlyn Staudt in a restructure that has seen a number of execs given expanded roles. Staudt becomes General Manager, Love Nature and Head of Commissioning, Global Media, while there are also promotions for Julie Chang, Sam Linton and James Manfull. Staudt will oversee all commissioning for the Canadian powerhouse’s free-streaming and linear channels across North America and international. Katie Bauer Murdock has also joined as Executive Producer, reporting to Alison Barrat. “As we grow Blue Ant Media’s channel footprint around the world, scaling our original content line-up is critical to ensure we’re delivering brands that are that are both unique and internationally relevant,” said Jamie Schouela, Blue Ant’s President of Global Media. The promotions and hires follow a year in which Blue Ant expanded its reach of Love Nature across 12 FAST platforms in the U.S. and has launched four global FAST channels in the growing space.

BBC Three has become the latest network to probe the Wagatha Christie saga via a single documentary. Titled Wagspiracy: Vardy vs Rooney, Curious Films’ show has gained access to key sources who didn’t give evidence at the trial, including a leading journalist involved in the stories that led to Coleen Rooney’s infamous “It’s … Rebekah Vardy” tweet. The saga, in which two English soccer players’ wives, Rooney and Vardy, went to court over accusations from one that the other had been leaking stories about her, has already been covered in Channel 4 drama Vardy vs Rooney: a Courtroom Drama and an upcoming Disney+ doc, while Deadline revealed yesterday the BBC is developing a retelling as the next in its Very English Scandal strand. Caroline Sciama is directing and producing Wagspiracy following her selection by the BBC’s New Documentary Directors Initiative.

Anfisa Nava Resurfaces with Life Update: I Got My Degree and a New Home!
Knowing your chronotype could unlock your best sleep yet
Alec Baldwin officially charged for ‘reckless acts’ leading to shooting on ‘Rust’ set
All the Beating Hearts
A Million Little Things: Things We Must See Before It’s Over!