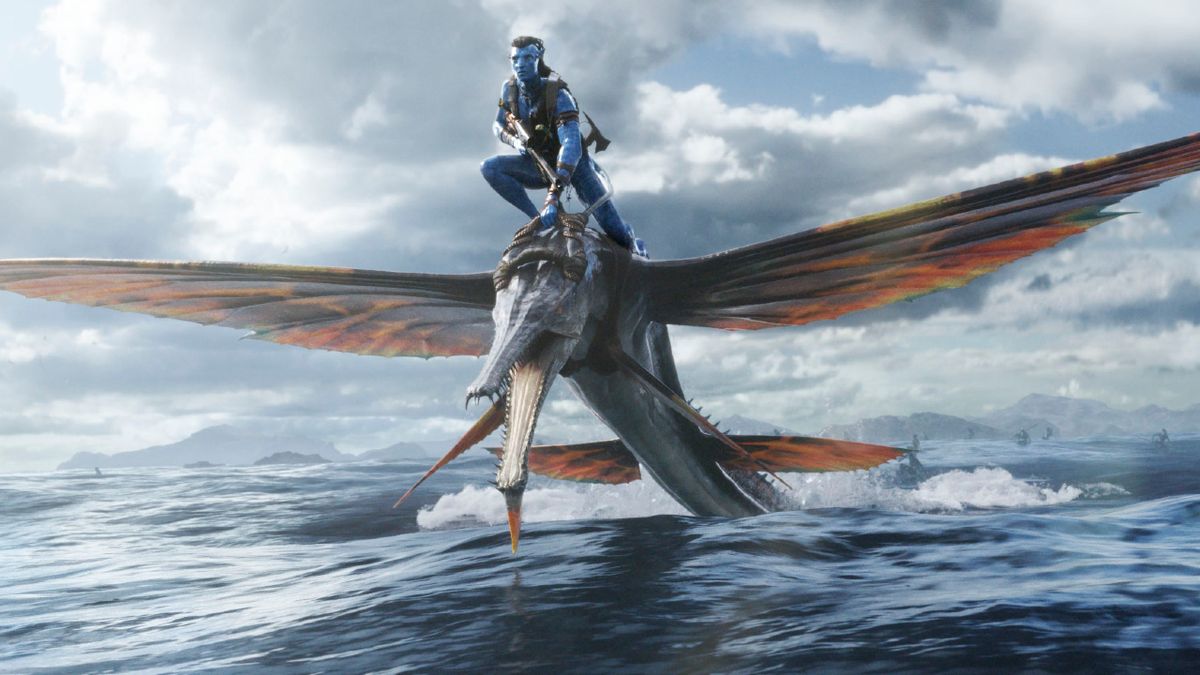 Most fans of Avatar: The Way of Water are seeing the film’s success as an indication that the world of Pandora never left the pop culture scene. As 2023’s new movie releases have started to pose competition, the cinematic experience seems to be getting even stronger. Which is good, because director James Cameron marked such a victory with some very cheeky remarks about streaming culture.

Talking with a reporter from Variety who asked about the $2 billion threshold likely to be crossed by the first planned Avatar sequel, Cameron initially took this moment on the Golden Globes red carpet seriously. Starting with some remarks about how the world is “back to theaters” and being mindful of how the Chinese market has been flocking to The Way of Water amidst a COVID surge, James Cameron rounded off his comments with this:

It’s readily apparent these aren’t fighting words aimed at the streaming realm. Listening to James Cameron’s tone when delivering those last two statements, it was the sort of lighthearted joking you’d expect on an awards night. This is especially the case when anyone with a Disney+ subscription can re-watch the original Avatar while waiting to eventually make Avatar: The Way of Water a streaming hit upon its to-be-determined 2023 debut.

On the more serious side of the subject, the notion that people want to go to the movies does seem to be proven yet again. Though with Avatar: The Way of Water, this is a sequel that mega fans of the previous film have been loyally waiting for over the past 13 years. So a built-in audience still seems to be the major caveat for this sentiment, as James Cameron’s latest romp to Pandora was one of only three 2022 movies to gross over $1 billion worldwide.

Any worries about whether or not the Avatar franchise will go on seem to have been properly dispelled. That infamously fickle amount that the latest entry needs to gross to put the rest of the pieces into the puzzle is supposedly going to happen any day now. James Cameron said as much in a recent interview, which saw the Terminator mastermind noting that he can no longer wiggle out of making Avatar 4 and 5.

Even with the Sully family’s potential cinematic endgame aimed firmly at the big screen, there’s always a potential for spinoffs and other opportunities for enrichment in the world of Avatar to hit streaming. While it doesn’t seem like Cameron would turn that sort of opportunity down outright, it’d probably take one hell of a sales pitch to convince him.

That’s a pitch it would probably be best to hold off on for the time being, joking tone or not. However, whomever has the duties should just put it into the following terms: it keeps the Avatar franchise off of its ass and in the air. Even Jake Sully couldn’t argue with that logic!

Avatar: The Way of Water is currently at a theater near you, weavings its aquatic visions across the largest, and potentially 3D-enhanced, screens possible. Meanwhile, another James Cameron classic is headed back to the big screen shortly, as Titanic will be returning to theaters in 4K 3D on February 10th. That just might make an interesting clash of Cameron concepts, as the current Avatar film could still have its sea legs by time that revival happens.