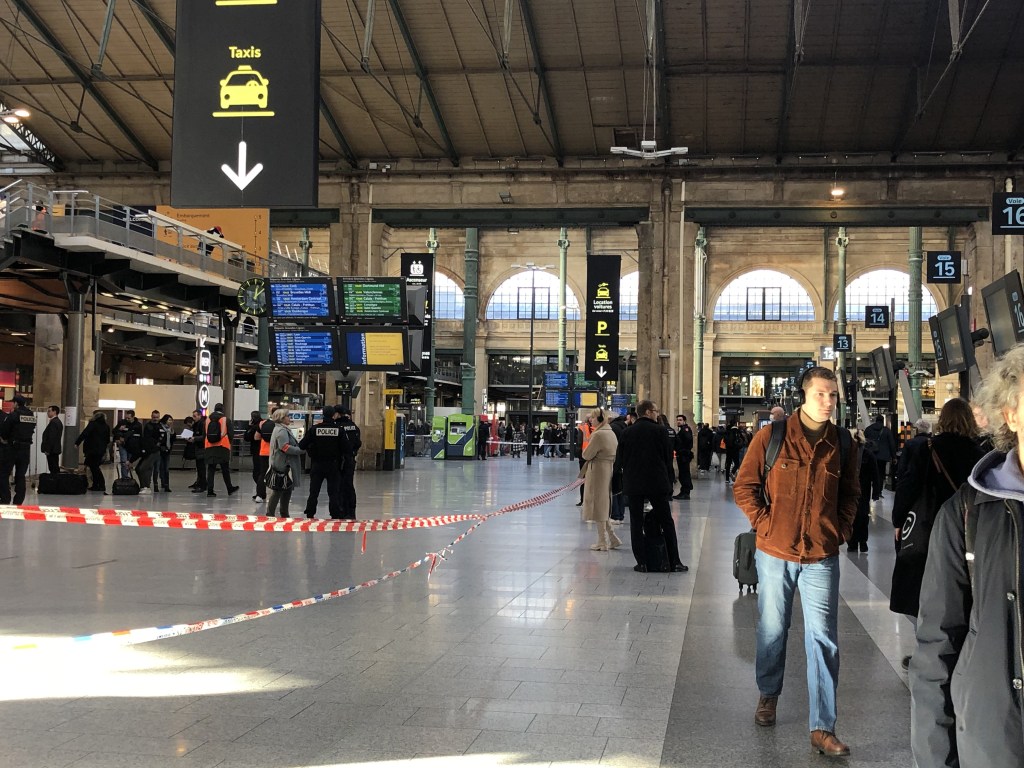 Darmanin said the suspected attacker is currently in critical condition in hospital after being shot by officers.

Darmanin thanked the police for their “brave and effective” reaction to the attack, the BBC reported.

“Without the extremely rapid intervention, there would surely be deaths,” he said.

Police are yet to name the suspected attacker, who was not holding any identity documents when detained by officers. Darmanin has said the attacker’s weapon was not a knife but what looked like a homemade weapon.

No motive has been suggested by authorities. Darmanin added that criminal investigators, not anti-terror officers, are now dealing with the case.

Gare du Nord is one of the busiest train stations in Europe and the arrival point of the Eurostar from London. The station is also a major gateway to the north of Europe.

Late last year, Paris was rocked by a gun attack near a Kurdish cultural center in the north of the city. Three people were killed and authorities are investigating whether the attack may have been racially motivated.