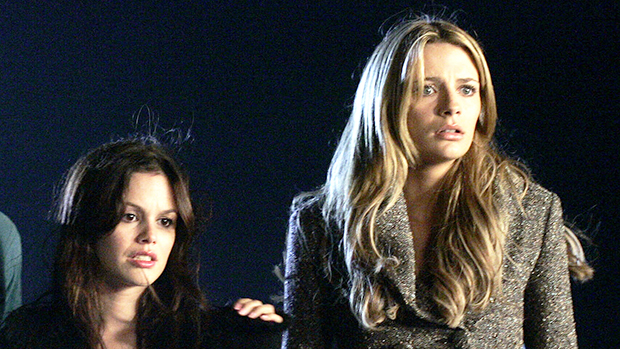 Mischa Barton got emotional watching her The O.C. character Marissa Cooper’s death almost 20 years after the show premiered. The 36-year-old actress appeared on the new episode of her former co-stars Rachel Bilson and Melinda Clarke‘s podcast, Welcome to the O.C., Bitches!, and they all agreed to rewatch the most heartbreaking scene from the whole series. In the season 3 finale, Marissa dies in Ryan’s (Ben Mackenzie) arms following a fatal car crash caused by her ex Volchok.

“I don’t particularly want to, but I will,” Mischa said about rewatching Marissa’s death, as Rachel admitted that the scene is “so hard to watch.” The three actresses watched Marissa get in the accident and both Mischa and Rachel, 41, started crying. Mischa said, “Poor Marissa. She really, really goes through it.”

Mischa also admitted that she forgot the car caught on fire after Marissa and Ryan crashed. “I don’t remember the fire. I guess because I’m playing dead,” she said with a laugh. As Marissa died in Ryan’s arms, Rachel shared that she had “chills all over her body.” Mischa was extremely emotional over Marissa’s final moment with Ryan and noted that the scene is “the culmination of their whole love story.”

Eventually, Mischa was done watching Marissa’s death scene which involved the song “Hallelujah” playing. “I don’t want to see the part where he gets all emotional, I’m done now,” she said. Mischa also admitted that she forgot the scene flashed back to the moment where Ryan met Marissa in the series premiere.  “Let’s not go there, we’re gonna be sobbing,” Mischa said to Rachel and Melinda, 53. “That really is, like, intense.”

Fans of The O.C. have gotten great behind-the-scenes tidbits about the show thanks to Rachel and Melinda’s podcast. They launched Welcome to the O.C., Bitches! in March 2021 and have welcomed several of their former co-stars as guests. This was Mischa’s first appearance on the podcast and now everyone is in their feelings about Marissa’s tragic death all over again.