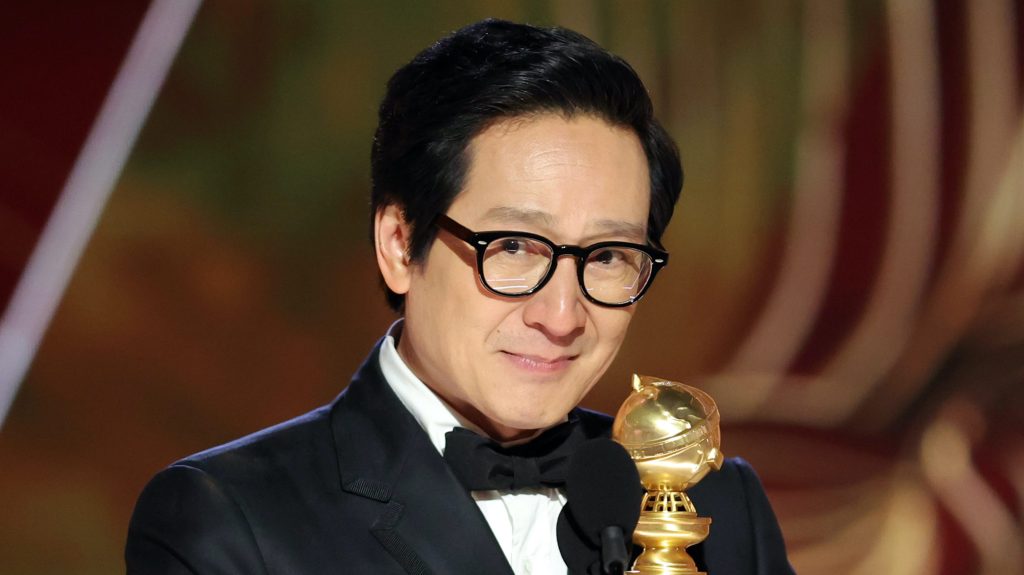 When Ke Huy Quan won his first Golden Globe on Tuesday night for his supporting turn in A24’s Everything Everywhere All at Once, he started off by paying tribute to his first boss — the director who cast him in the iconic role of Short Round in Indiana Jones and the Temple of Doom.

“I was raised to never forget where I came from and to always remember who gave me my first opportunity,” a visibly emotional Quan told the room. “I am so happy to see Steven Spielberg here tonight. Steven, thank you!”

Quan said that when he kicked off his career as a child actor with Spielberg’s classic film, he felt “so lucky” to have been cast. “As I grew older, I started to wonder if that was it — if that was just luck,” he admitted. “For so many years, I was afraid I had nothing more to offer, that no matter what I did, I would never surpass what I’d achieved as a kid.

“Thankfully,” he continued, “more than 30 years later, two guys thought of me” — those two being Everything Everywhere directors Dan Kwan and Daniel Scheinert. “They remembered that kid and they gave me an opportunity to try again. Everything, everything that has happened since, has been unbelievable,” said the actor. “Dan Kwan, Daniel Scheinert, thank you so, so much for helping me find my answer. You have given me more than I could have ever hoped.”

Quan went on to thank the Hollywood Foreign Press Association and his “entire EEAAO family,” among others, before saluting “the most important person in my life,” who “never stopped believing” in him — that being his wife, Corinna Ke Quan. “I love you with all my heart,” the actor said.

Quan’s recognition at the Globes came in recognition of the role of Waymond Wang — the husband of Michelle Yeoh’s multiverse-traversing Evelyn – in Everything Everywhere All at Once, which came in as A24’s highest grossing film to date at the global box office upon its March 2022 release. Actors he beat out at tonight’s ceremony included The Banshees of Inisherin duo of Brendan Gleeson and Barry Keoghan, as well as Babylon’s Brad Pitt and The Good Nurse’s Eddie Redmayne.