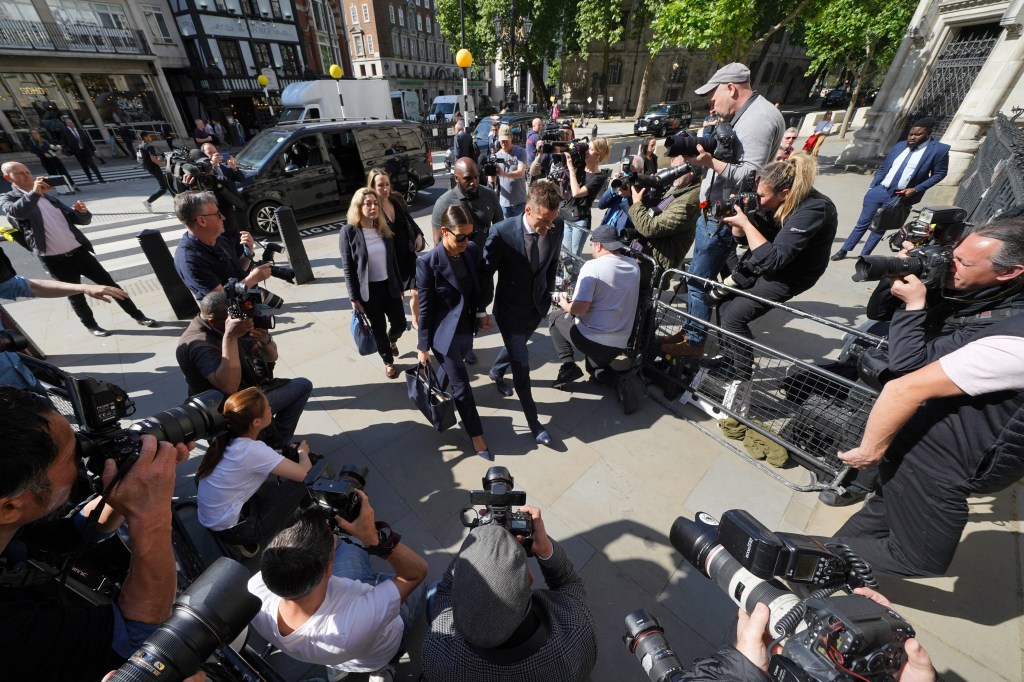 EXCLUSIVE: The BBC has mined the 1960s and 1970s for its award-winning A Very English Scandal strand but, for the next one, viewers could be treated to a modern-day saga they are slightly more familiar with.

Deadline can reveal that a retelling of the Wagatha Christie drama is in early stage development as the third instalment of the hit series and Paramount+’s Flatshare scribe Rose Lewenstein is attached. The show once again comes from Sony-backed Blueprint Pictures and was initially rumored to be penned by Poldark writer Debbie Horsefield before Lewenstein came on board.

The as-yet-untitled latest in the Scandal series, which Deadline understands is one of a number of stories being considered, will cover one of the hottest British legal disputes of the past few years and comes fresh off the back of a Channel 4 factual drama titled Vardy vs Rooney: A Courtroom Drama and a soon-to-launch Disney+ doc on the affair.

It is in early stage development, Deadline understands, coming two years after A Very British Scandal aired, telling the story of the Duke and Duchess of Argyll. Amazon Prime Video has co-produced the two prior mini-series but is understood not to be involved as of yet.

Most readers will be familiar by now with the Wagatha Christie saga, in which two English soccer stars’ wives, Rebekah Vardy and Coleen Rooney, entered the courtroom after the former sued the latter for defamation. The affair was so named after Rooney used sleuthing tactics to unearth a person she believed to be Vardy as the leaker of a number of stories about her after accessing her private Instagram account. Vardy’s defamation claim was dismissed following a trial that generated plenty of headlines, with the court believing Rooney’s statements to be “substantially true.”

Casting is so far unknown. In the Channel 4 drama, Game of Thrones star Natalia Tena and This is England’s Chanel Creswell played the leads, with Michael Sheen featuring as Barrister David Sherborne.

If it reaches greenlight stage, the show will likely take on a somewhat different tone to Russell T Davies’ A Very English Scandal and Sarah Phelps’ A Very British Scandal. The third offering’s writer Lewenstein is an up-and-coming British scribe who penned 42’s comedy adaptation of The Flatshare for Paramount+, which starred Jessica Brown Findlay and was initially in development with the BBC.

Starring Hugh Grant and Ben Whishaw, the BAFTA-winning A Very English Scandal told the story of the mid-1970s Jeremy Thorpe scandal, in which the high-flying Liberal MP arranged for the murder of his former lover Norman Scott but things didn’t quite go as planned.

Phelps’ A Very British Scandal went back in time by a further decade to tell of the high-profile Argyll vs. Argyll divorce case, with Claire Foy and Paul Bettany starring as the Duchess and Duke of Argyll.

The BBC, Prime Video and Blueprint declined to comment.

Andy Cohen Teases ‘The Real Housewives Of New York City’ Reboot: “It’s Going To Be A Different Show”
The Bachelor’s Sarah Herron Shares Her Baby Died After Birth
Olivia Wilde & Jason Sudeikis Hug It Out in Public After Nasty Year
‘Avatar: The Way Of Water’ Moves Up To No. 4 Biggest Movie Ever Global, Leaving ‘Force Awakens’ In Its Wake
‘Stranger Things’ Star Finn Wolfhard Is Ready to Get Out of Hawkins