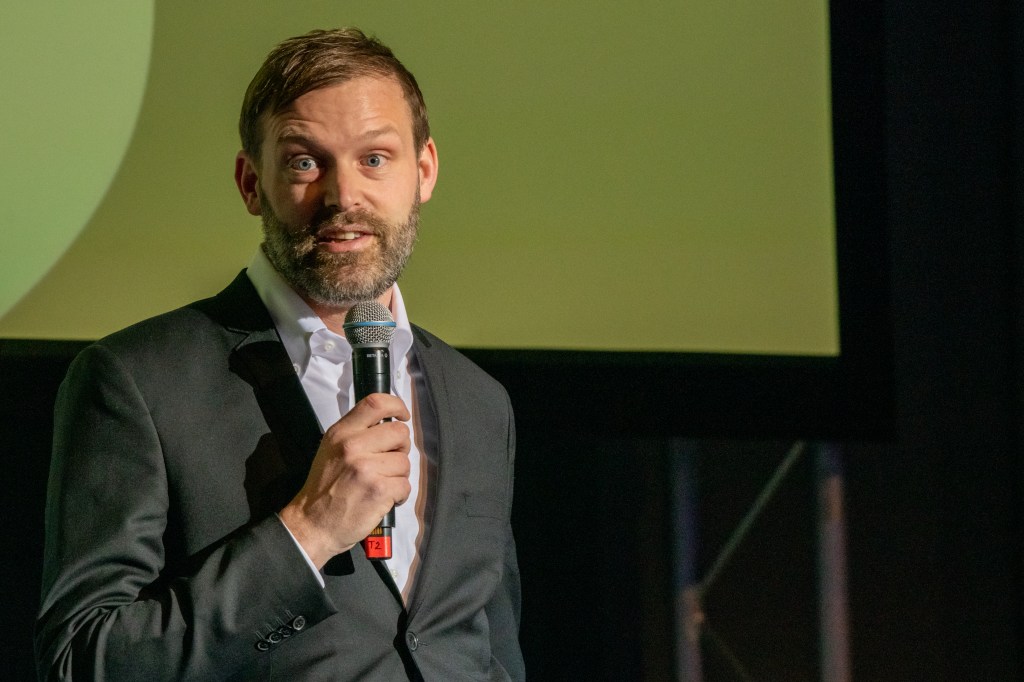 The festival opens on January 27 with the world premiere of Abbe Hassan’s emotionally charged debut Exodus, which follows the story of a professional people smuggler who attempts to save a 12-year-old girl whose family has gone missing in the Syrian war. The festival’s closing film on February 5 is Camino by Birgitte Stærmose. The film is Viaplay’s first Danish feature project and portrays the complex relationship between a father and daughter walking a famous pilgrim route in Spain.

Guests set to pass through Gothenburg include Alicia Vikander, who will present a gala screening of the films produced by students of the 2022 cohort of the Alicia Vikander Film Lab — a three-year film training program aimed at increasing diversity in cinema. Ruben Östlund, the festival’s Honorary President, will also lead an interactive screening of his Palme d’Or winner, Triangle of Sadness, in Gothenburg on January 28.

On the industry side, the 17th edition of the TV Drama Vision summit will run February 1–2, while the Nordic Film market is on February 2 – 5.

Göteborg’s artistic director Jonas Holmberg caught up with Deadline a day before the program announcement to chat through this year’s lineup. Below, Holmberg breaks down some of the program’s hidden gems, how the festival managed to survive and thrive during the pandemic, and the current state of Nordic cinema.

DEADLINE: Is this Göteborg’s second year with full in-person events since the pandemic?

JONAS HOLMBERG: Yes, well, sort of. Last year, the day before the program was released, new restrictions were announced in Sweden due to the Omicron wave. So we had a theatrical festival, but the cinemas were quite empty. So this is the first full-scale year back.

DEADLINE: How is the festival doing structurally and financially after three pandemic years?

HOLMBERG: We’re doing fine, mostly because apart from running a film festival, we are also running a streaming service, Draken Film, the leading arthouse streaming service in Sweden. This has been our savior both in terms of the economy, but also in terms of being able to meet an audience. Many festivals struggled during the pandemic, but since we already had our own streaming platform, it was much easier for us. We already had a direct relationship with the audience in Sweden. We had a huge audience during those two pandemic years. And this is because we already had this infrastructure in place.

DEADLINE: Can you explain how Draken film works? Is it similar to other subscription services where members pay a fee for access?

HOLMBERG: Yeah, it’s like arthouse Netflix or Mubi. Other festivals run streaming services, but we have managed to get a strong market position, which has helped the festival’s sustainability and made it possible for us to experiment with how to meet audiences and create valuable experiences for films.

DEADLINE: How is the local industry performing?

HOLMBERG: Good and bad. The problem in Sweden is the theatrical situation. Audiences haven’t returned to the theatres. They’re also not watching Swedish films in the same way they once did. Things are better in Denmark, but there is also the issue of global streaming services, which have changed the structure of film economics and culture, making it more challenging for traditional companies.

DEADLINE: How would you describe the selection of this year’s Nordic competition?

HOLMBERG: It’s a very strong competition. The selected films are different in terms of tone and aesthetic. But one recurring topic in this year’s selection is that Nordic filmmakers are now engaging with their country’s colonial past. This isn’t because we were actively looking for these types of films, but it’s something that has been in the zeitgeist. The topic has been prescient in continental Europe, and now it’s time for Nordic countries to reflect on their part in European colonial history.

DEADLINE: Zar Amir Ebrahimi is head of the Nordic competition. Why was she the best choice to lead this year’s jury?

HOLMBERG: We chose Zar because she has shown a lot of talent and artistic integrity, which is crucial to lead a jury. Like Zar, we also want to highlight the struggle in Iran, where filmmakers are being detained and people are risking their lives on the streets. We aim to do this throughout film programming too. We are screening several films that deal with the situation in Iran.

DEADLINE: Jan Troell is the recipient of this year’s Honorary Award. How did you land on his name?

HOLMBERG: Jan Troell is one of the big cinema artists from the Nordic Region. He has made many unforgettable films and created images that will remain in the heart of Nordic cinema forever. But we chose him this year because we are presenting a focus section where we address the concept of Homecoming in films. Among all the things Troell has done, he made the film The Emigrants and the sequel The New World, which are fundamental Swedish stories about leaving home. So we thought, why not celebrate the man who brought these stories to the screen?

DEADLINE: Which movies in the lineup do you think could make waves? What should audiences be looking out for?

HOLMBERG: One of the titles I find interesting this year is Hypernoon, a documentary directed by Mia Engberg, a Swedish filmmaker. The film follows Engberg as she films during one year of medical treatment. It sounds a bit depressing, but it’s very poetic. It’s about love, memory, and space. Another film we are premiering in the Nordic competition that I like is Empire. It’s directed by Frederikke Aspöck, a Danish filmmaker. The film is about how slavery was abolished in the Danish West Indies. The film is interesting, both aesthetically and in terms of how it challenges historical perceptions. And, of course, our opening film Exodus, directed by Abu Hassan in his feature debut. The film is an emotionally powerful story about the refugee crisis in 2015.