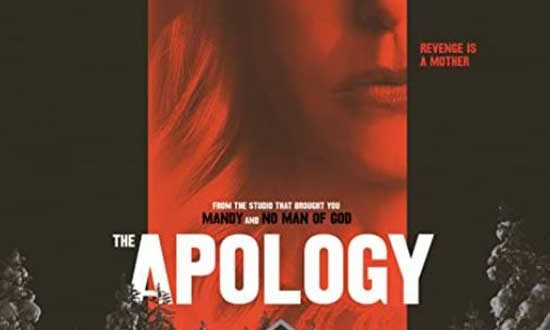 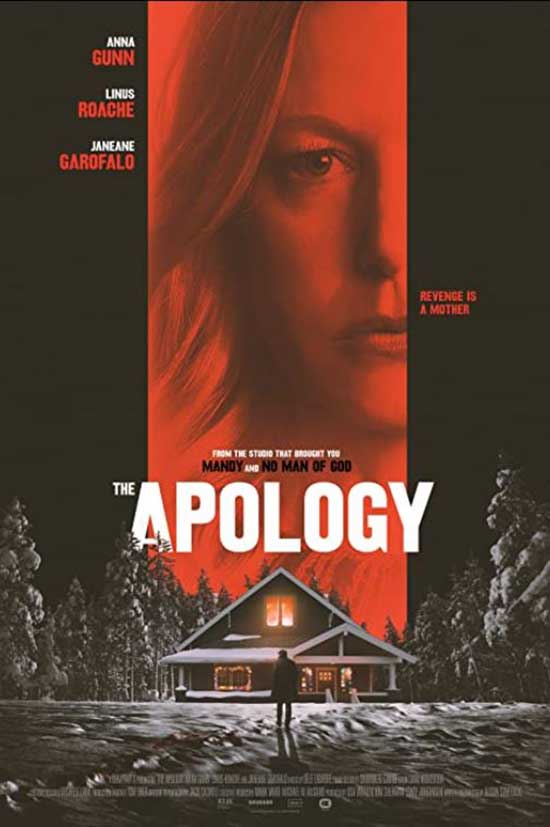 In THE APOLOGY, twenty years after the disappearance of her daughter, recovering alcoholic Darlene Hagen (Anna Gunn) is preparing to host her family’s Christmas celebration with her best friend Gretchen (Janeane Garofalo). Late Christmas Eve, Darlene’s estranged ex-brother-in-law, Jack (Linus Roache) arrives unannounced, bearing nostalgic gifts and a heavy secret. Soon, Darlene finds herself caught between reason and ruthless instinct. Trapped together by a dangerous storm, a battle of wits escalates to a violent game of revenge.

RLJE Films, Shudder and AMC+ have partnered and fully financed the highly anticipated thriller, THE APOLOGY.  The film will be released by RLJE Films on December 16 in theaters and streaming on Shudder and AMC+ the same day.

The Apology was written and directed by Alison Locke. The Apology opens with a beautiful, (It looks so cold, and I’m NOT A FAN OF WINTER but bless everyone’s heart). Okay, I digress, the shot is beautiful. It delivers the intensity and a situation that gets wild. 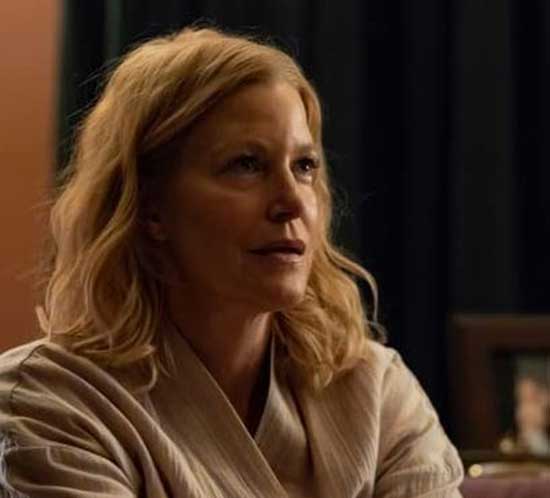 We meet Darlene Hagen portrayed incredibly by Anna Gunn. Darlene’s daughter Sally Hagen (Holland Bailey) went missing and Darlene is a recovering alcoholic. Darlene lives in the middle of nowhere, and it’s the holidays. Tis’ the Season for all the madness, insanity, breaking points, and family moments. Oh, the holidays…

Jack Kingsley portrayed by the equally talented Linus Roache shows up. Everything seems to be going smooth. I want to say, oh, everything is going to be fine but I’m on edge, and I think something horrific is going to happen. Darlene is in the middle of nowhere, the arial shot over the house, shows just woods and a neighbor that is far away.

It’s great to see Janeane Garofalo as Gretchen Sullivan, the neighbor who is taking her dog out in the middle of this nightmarish snow storm. The dog is so cute, just wanted to point that out.

Welp! Get to know your neighbor’s man! They could save you or… kill you maybe?! Depending on the film. Gretchen seems legit… Did I yell at my laptop when Darlene knocked Jack out… YES, I DID. Gretchen is also an E.R. Nurse, shout out to all the nurses out there, the first responders, the EMT’s, the Police, the Firemen, all of them. 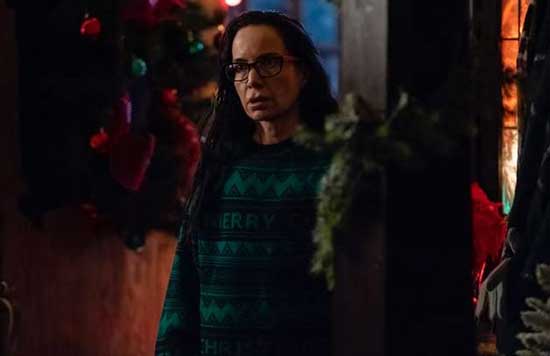 Jack has a horrific secret; this movie is one mind-fuck of movie. I was expecting something awful but WOW, WOW did she deliver with the horrific secret. You feel for Darlene and everything she went through. Alison went further with the details about Sally being missing. Darlene talks about the phone calls she got from people at all hours of the day and night. The horrific stories people would tell her. She talks about the horror of not knowing. When you read stories or watch certain films, they don’t always talk about that. I’ve heard so many stories over the years and that is one thing they never truly talk about. The fact that when someone goes missing, the “not knowing” is the worse part.

Alison Locke did such an incredible job with this film. I would recommend watching The Apology. It’s a beautiful film.

The Kardashian Family Tree – Who’s Who In The Kardashians & Jenners
What Is Marvel’s Quantum Realm? Here’s What We Know
‘Breaking Bad’ Alum Raymond Cruz Reveals Why It Would Be ‘Difficult’ To Play Tuco Ever Again (Exclusive)
Magic Mike’s Last Dance Director Steven Soderbergh Talks About Why He’s More Interested In ‘Sexy’ Than Sex Onscreen
Charlie Thomas Dies: Rock And Roll Hall Of Famer With The Drifters For 60 Years Was 85