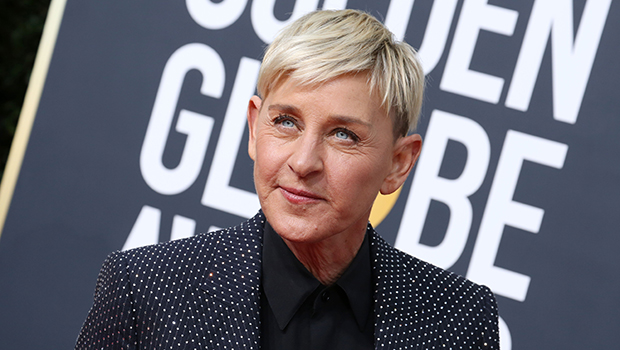 Ellen DeGeneres, 64, gave her Instagram followers a glimpse of the crazy water issues Southern California, including her area of Montecito, is having, in a new video. The former talk show host filmed the clip of herself as she stood in front of a raging creek near her home and explained that she’s been ordered to shelter-in-place since her home is located near higher ground. Other parts of Montecito, however, have had a mandatory evacuation.

“Montecito is under mandatory evacuation. We are on higher ground so they asked us to shelter in place. Please stay safe everyone,” Ellen wrote in the caption of the video. She also mentioned that it’s the five-year anniversary of when a fire and major mudslides killed 23 people in the area and ruined 100 homes, as she stood in a gray hoodie with the hood over her head.

“This is crazy on the five-year anniversary. We are having unprecedented rain,” she said. “This creek next to our house never flows, never. It’s probably about nine feet up and it’s going to go another two feet up.”

Ellen’s video was shared after the storm that’s causing massive rain and danger has been making headlines. Other celebs that live in the area and may have been ordered to evacuate include Oprah, Prince Harry and Meghan Markle, Rob Lowe, Adam Levine, Gwyneth Paltrow and George Lucas. There have been reports that 10 people have sadly been killed already due to the storms over the past 10 days.

The National Weather Service has also reported that “at least eight inches of rain fell over 12 hours, with several more inches predicted as the storm system swept through the area of wooded hillsides and secluded large homes,” according to the Independent. The outlet also reported that Santa Barbara emergency officials issued a shelter in place warning for those who haven’t evacuated and advised them “to go to innermost room or high ground.”