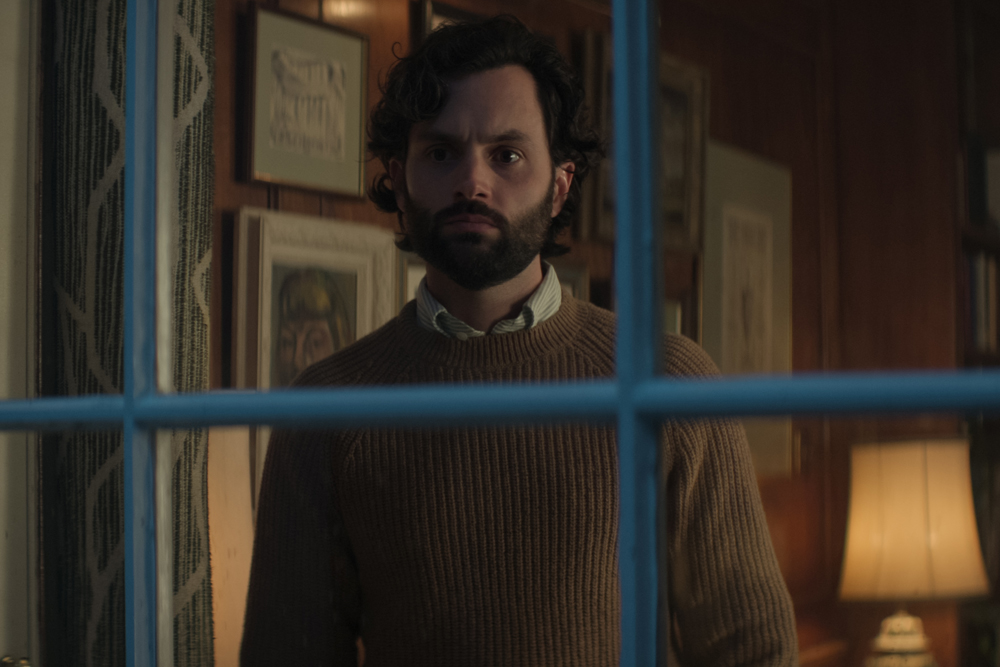 The tables have turned on Penn Badgley’s Joe in Season 4 of Netflix’s You. In the first trailer for the upcoming season, Joe Goldberg, who has taken on the identity of Professor Jonathan Moore to escape his past with a move to London, now finds himself in the eye of a murderer dubbed the Eat the Rich Killer.

Per the Season 4 logline: “After his previous life went up in flames, Joe Goldberg has fled to Europe to escape his “messy” past, adopt a new identity, and, of course, to pursue true love. But Joe soon finds himself in the strange new role of reluctant detective as he discovers he may not be the only killer in London. Now, his future depends on identifying and stopping whoever’s targeting his new friend group of uber-wealthy socialites…”

In the trailer, Joe receives ominous text message from the presumed murderer that reveal he’s being watched, such as “Nice jacket, brown’s your color.”

“I ran away from all this,” Badgley’s Joe says. “But one of you is watching me. One of you is hiding in plain sight. So, who are you?”

Badgley is joined in season four by Charlotte Richie, star of the BBC’s Call The Midwife and Ghosts, and The White Lotus’ Lukas Gage.

Check out the trailer above.