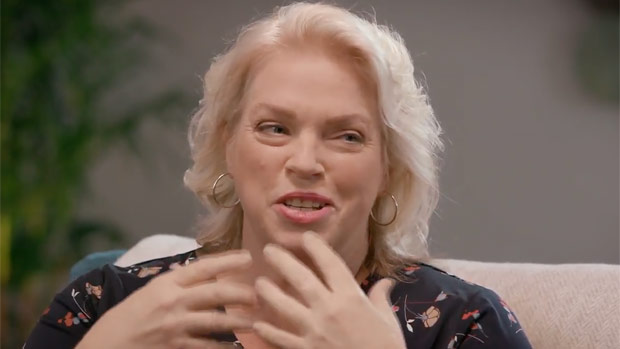 Janelle Brown and Kody Brown confirmed that they’ve been separated for “months” during the Jan. 8 episode of Sister Wives, which featured one-on-one interviews with Kody and all four women. “At this point, it’s not love,” Janelle admitted. “It’s duty, it’s commitment, it’s faith that tells you you work it out and stick it out. I think if we both sat down we’d look at each other and say…really? Kody and I have been separated and I’m rhappy, I’m really happy.”

Janelle said that she began to feel “indifferent” in her nearly 30 year marriage to Kody. The pair’s issues intensified during the COVID-19 pandemic, which led to Kody becoming estranged from two of the children he shares with Janelle (Gabriel and Garrison). Gabe and Garrison didn’t want to follow the strict COVID guidelines that Kody had put in place, and Kody was angry at Janelle for not taking his side in the situation.

“I think if he had truly been watching out for me and my children, we would have figured out a way to make it work,” Janelle continued. “Instead of having his rules and hanging out with the wife [Robyn Brown] where he was respected and obeyed.” Kody said that he did want to work on things with Janelle, but only to get to a place where he was “respected” by her. “Love doesn’t matter to me — respect matters to me,” he shared. “I want to fix it, yes. But that’s a whole new negotiation.”

Janelle was admittedly relieved to be moving on from this chapter of her life with Kody. “I’m not waiting for him,” she insisted. “I’ve kind of mourned that that part of our life is gone. I wasn’t heartbroken. It wasn’t heartbreaking for me like it was for Christine [Brown]. I just mourned that that life was gone. We had a great run.”

Shiloh Jolie-Pitt, 16, Rocks Buzz Cut Makeover As She Shops With Sister Zahara, 18: Before & After Photos

One thing that did hold Janelle back, though, was her connection to her religion and faith, which requires you to make a marriage work once you commit to it. “I deeply believe in my faith,” she said. “But I’ve been so much at peace that I don’t know how to reconcile that. That’s where my debate is all the time. I know I’m happy. I don’t want him to come back, but my faith requires that we are married eternally. The door has to still be open [for that reason], but I’m not interested in having anyone walk through that door.”

Janelle and Kody’s separation follows Christine’s decision to divorce Kody and move away from the family to live in Utah. During another part of the one-on-one special, Kody also confirmed that he doesn’t consider himself married to Meri Brown anymore, either.

Kody Brown’s Wives: Meet All The Women He’s Married Over The Years