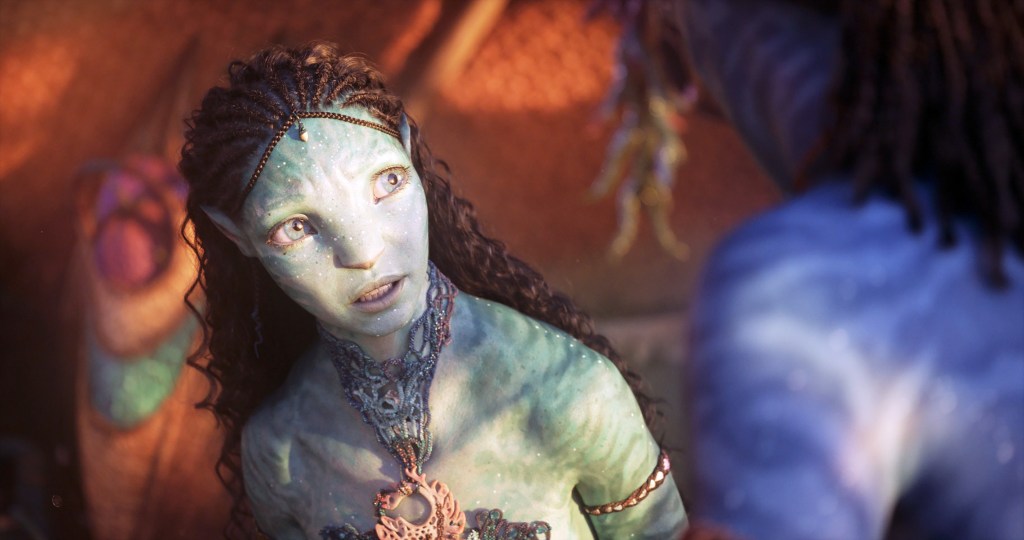 FRIDAY UPDATE: Rising again on the all-time global box office chart, James Cameron’s Avatar: The Way of Water has jumped into the No. 9 slot with Thursday’s grosses included. As presaged yesterday (see below), it has overtaken The Avengers’ $1.521B, now having surfed to nearly $1.547B worldwide — and getting there in 23 days of release.

The Na’vi sequel from 20th Century Studios and Disney continues to stand as the No. 2 international box office release of the pandemic era with $1.075B through Thursday. It is closing in on the No. 1 title of the past three years, Spider-Man: No Way Home ($1.107B), and will also shortly pass the pre-pandemic gross of The Lion King ($1.118B) overseas.

On Friday, and not included in the totals above, China added an estimated $3.5M for an estimated running $177M cume. The Maoyan prediction for a final total eased a bit, to $216M. Likewise not included above, Korea’s Friday was $1.29M for a running $81.3M cume.

PREVIOUS, THURSDAY UPDATE: James Cameron’s Avatar: The Way of Water, as expected (see below), has exceeded $1.5B globally with Wednesday’s figures included. The running total through yesterday is $1,516.5M, meaning that it has overtaken Top Gun: Maverick as the No. 1 worldwide release of 2022. What’s more, it is now the No. 10 biggest movie ever globally.

The 20th Century Studios/Disney sci-fi epic has also in the past day crossed Furious 7 worldwide. Today, it will pass The Avengers to claim the No. 9 spot on the all-time global chart.

Internationally, it is the No. 9 biggest movie ever, and, in Europe, is the highest-grosser of the pandemic era (having passed Spider-Man: No Way Home). It is also the No. 5 release of all time for the region.

Midweeks continue to be strong for the Na’vi with Wednesday adding $26.4M from 52 overseas markets (-33% on last Wednesday).

Not included in totals above, Korea is at an estimated $79.6M cume through Thursday and China at an estimated $173M, with Maoyan upping its final projections to RMB 1.5B ($218M) in the market.

PREVIOUS, WEDNESDAY: James Cameron’s Avatar: The Way of Water has now officially, and as projected, crossed the $1 billion mark at the international box office with Tuesday’s grosses included. What’s more for this 20th Century Studios/Disney juggernaut, at $1,482.5M worldwide through Tuesday, the epic sci-fi sequel is next on its way to yet another milestone and will top $1.5B global when today’s numbers are factored. In doing so, it will become the No. 1 worldwide release of 2022, surpassing Top Gun: Maverick’s $1.489B.

The overseas cume through Tuesday is $1.025B, after adding $28.3M in 52 international markets yesterday (a 44% drop from last Tuesday). WoW is the No. 1 offshore release of 2022 and No. 2 of the pandemic era. It stands as the No. 9 international release of all time, moving up from No. 11 having just passed The Fate of the Furious and Jurassic World after 21 days in movie theaters.

Globally, it is the No. 12 biggest release ever, now overtaking Disney’s own Frozen II.

Following the holiday period, and while some offshore markets still have local holidays, midweeks continue to be strong and there is plenty of runway ahead.

Not included in the totals above, China’s Wednesday brought in an estimated $3M for a local running cume of $170M. Maoyan is projecting a $215M final. Similarly not included above, Korea reached $78.8M through today.

You Can Now Relive BTS’s “Yet to Come” in Busan Concert Set List in Theaters
Olivia Wilde & Jason Sudeikis Hug It Out in Public After Nasty Year
Gabriel Paboga Intends to Tell Isabel’s Parents He’s Trans BEFORE Marrying Her
9 New Albums You Should Listen to Now: Popcaan, Meg Baird, Lil Yachty, and More
R. Kelly Feels No ‘Relief’ After Catching Break in Chicago Sex Abuse Case