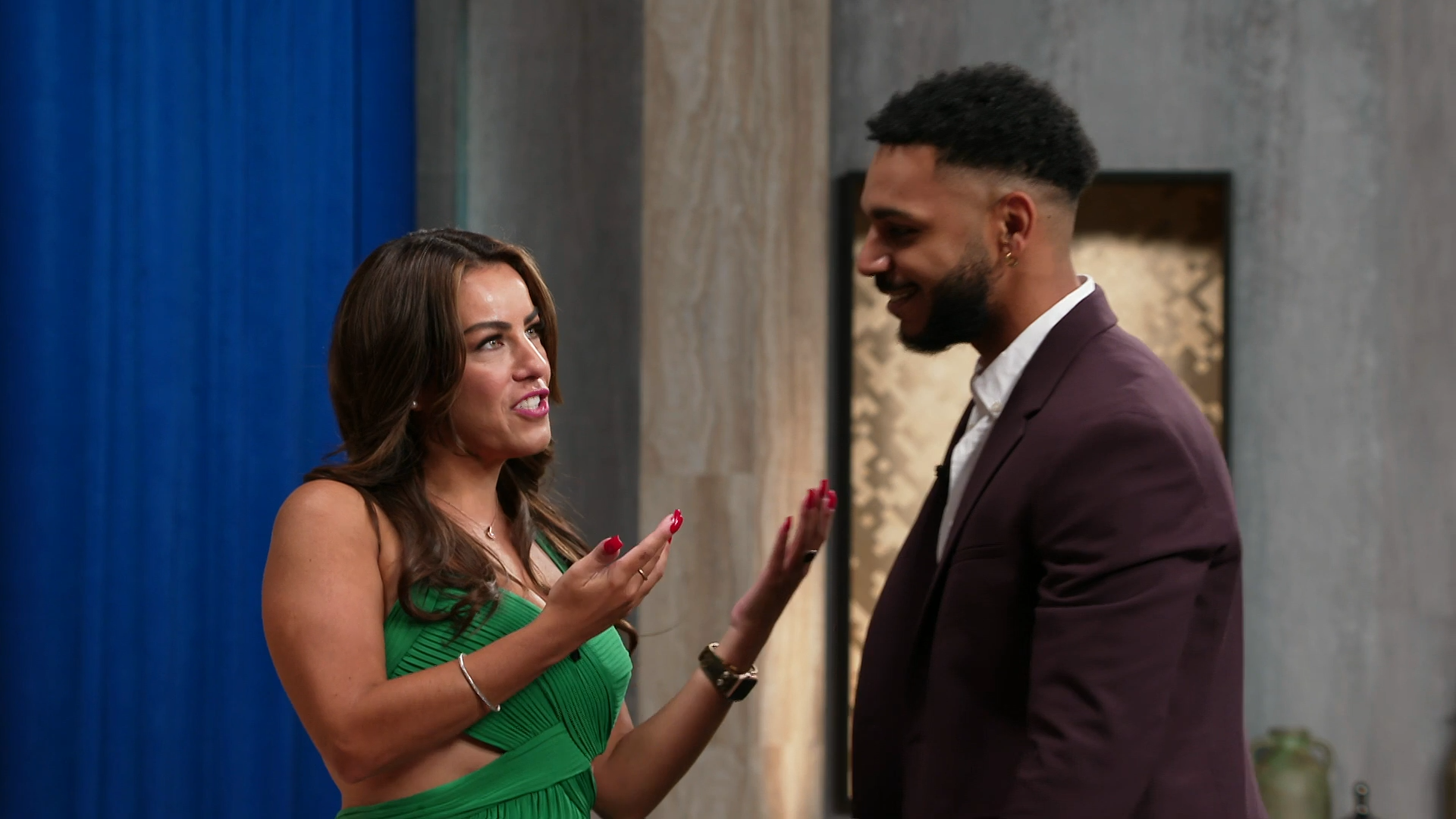 Between their Tell All debut and showing cute PDA at the 90 Day: The Single Life cast party, Veronica and Jamal are clearly a cute couple.

They’re not one of the franchise’s “official” couples — they’ve never filmed a season together. And they’re keeping it casual.

At least, that was the plan. We all know how much plans can change.

Have they become more serious? Are they even still together?

Veronica Rodriguez and Jamal Menzies were a tantalizing rumor at first.

Then, little by little, that rumor started to sound more and more realistic.

Neither of them had actually been on the main franchises to find love for themselves, but both were part of the 90 Day world.

Veronica, of 90 Day: The Single Life Season 3, had previously only appeared in one context: as Tim Malcolm’s ex and bestie.

People loved her on Pillow Talk. And though some hoped that she and Tim would become a couple again, others were happy to see her search for love.

She didn’t find that on Season 3. But sometimes things have a way of working out for the best.

Jamal, meanwhile, became a fan favorite just last year as he appeared on 90 Day Fiance: Before The 90 Days and then on Happily Ever After?

Both times, Jamal appeared alongside his mother, Kimberly Menzies. He was the voice of reason in her life.

He was also, viewers could not help but notice, jaw-droppingly handsome.

As you may have noticed from these flower photos, the two were “dropping hints” on Instagram in the days before their big reveal.

At the Tell All, amidst leaks and plenty of hype, Veronica introduced Jamal to everyone.

The two have an open relationship — which is common sense for a long-distance pair who aren’t sure where things are going.

Of course, while so many people were happy for them, a few on the cast — and then among fans — voiced concerns.

Some felt that Veronica was lying to others and to herself about liking the open relationship (when it is our understanding that she suggested it).

Perhaps some less open-minded people don’t “believe” in open relationships. Or honestly? Maybe some people were jealous of how much drama-free fun these two were having.

After going on dates to cultivate a serious relationship with a guy — only for him to announce that he’s moving to Florida — Veronica deserves a break.

Fans don’t know Jamal as well, but they like what they see. Of his character, we mean. Ahem.

As for where their relationship stands right now, it is always possible that things have changed.

They could be broken up. Jamal and Veronica might be taking things more seriously. Or they could have gotten secretly married.

Without an announcement, we do not know for sure. But there are clues.

Namely, the two recently shared footage on social media. Both were throwbacks.

We saw them at a cast party with other familiar faces. And then we saw footage from the Tell All.

Perhaps they were sharing these throwbacks as a prank or out of contractual obligation. But these are major hints that the two are probably still together.